What’s next for American evangelicals after Trump leaves office?

What’s next for American evangelicals after Trump leaves office? November 22, 2020 The Conversation

By Stewart Clem of Aquinas Institute of Theology

Donald Trump, by his own words and actions, does not appear to be the most religious person.

He has claimed he doesn’t seek forgiveness from God, and he once tried to put money in a Communion plate. Apart from his controversial photo op while holding up a Bible in front of St. John’s Episcopal Church, he doesn’t seem especially concerned with Christian symbolism.

And yet 76% of white evangelical voters supported him in the 2020 election. It’s clear American evangelicals value something other than his religious devotion.

As a Christian ethicist, I’m especially interested in the ways Christians seek to gain and use political power. Why did so many Christians vote for Trump? And what are they afraid of losing when he leaves?

The power of evangelical Christians in the U.S. has never been officially state sanctioned. The First Amendment to the U.S. Constitution prohibits it.

For over 200 years, American evangelicals have relied on Christianity’s cultural influence to preserve their vision of public life. And that influence is not to be underestimated.

In his bestselling book, “Dominion: How the Christian Revolution Remade the World,” Tom Holland explains, “To live in a Western country is to live in a society still utterly saturated by Christian concepts and assumptions.”

This is why so many refer to America as a “Christian nation” even though it has never officially recognized Christianity as the state religion.

Conservative Christian political organizations have been buoyed by Christianity’s cultural capital. In the late 1970s and 1980s, for example, the Moral Majority formed a broad coalition of Christians to advance conservative social values across the nation.

But that cultural capital has declined as America becomes more diverse. Today, far fewer Americans identify as Christian than 10 years ago, and only 1 in 4 Americans call themselves evangelical Christian.

American evangelicals, aware that their numbers and influence are in decline, have tried to undercut that decline through political means. Their highest priority is electing leaders whose policies will allow evangelicalism to flourish.

Typically, this means that evangelicals prefer to vote for evangelical candidates. As Christian conservative leader Beverly LaHaye declared, “Politicians who do not use the Bible to guide their public and private lives do not belong in government.”

But this is why President Trump has been such an anomaly. He has demonstrated a lack of familiarity with the Bible and basic Christian teachings. Yet, his religious supporters don’t seem to mind. Even among white evangelicals, only 12% believe he is “very religious.”

This suggests that today’s evangelicals are unfazed by Trump’s apparent lack of personal piety. They believe religious liberty is under threat, and they want a president who promises to protect that liberty.

A protector in chief

Evangelical Protestants are more likely than any other large U.S. religious denomination to believe their religious freedom is under attack, according to a recent AP-NORC poll.

Many people are puzzled by evangelicals’ anxiety over religious freedom. While it’s true that government restrictions on religion are rising across the globe, this simply isn’t the case in the U.S.

As conservative Christian political commentator David French recently argued, “People of faith in the United States of America enjoy more liberty and more real political power than any faith community in the developed world.” He argues that while religious liberty has always been under attack in the U.S., Christians have no reason to fear that it’s going away anytime soon.

But for many American evangelicals, the threat of attack is enough to create the need for a protector in chief. And President Trump has been happy to assume that role.

In 2018, he signed an executive order that established the White House Faith and Opportunity Initiative. “This Initiative is working to remove barriers which have unfairly prevented faith based organizations from working with or receiving funding from the federal government,” he explained.

President-elect Joe Biden has proposed his own plan for safeguarding religious freedom. It articulates a number of broad protections that most evangelicals would be likely to support, at least in theory.

But in Biden’s plan to advance LGTBQ equality, he proposes the very thing many American evangelicals fear:

“Religious freedom is a fundamental American value. But states have inappropriately used broad exemptions to allow businesses, medical providers, social service agencies, state and local government officials, and others to discriminate against LGBTQ+ people … Biden will reverse Trump’s policies misusing these broad exemptions and fight so that no one is turned away from a business or refused service by a government official just because of who they are or who they love.”

In an essay written just before the election, Al Mohler, president of the Southern Baptist Theological Seminary, warned, “The primary front of religious liberty controversy is likely to be related to LGBTQ issues, and both Biden and Harris are eager to advance the sexual revolution on every front.” Given what the incoming president and vice president have said on the issue, he is probably right.

American evangelicals’ political power is in decline, and that decline would likely continue with or without Trump in office. His Supreme Court appointments have made evangelicals happy and will have a lasting impact. But changing demographics and a growing number of nonreligious voters mean that evangelicals will need to develop a strategy for the long game. In light of this, it may be wise for them not to direct all of their energy toward electing a protector in chief.

Perhaps instead they might seek to answer a question posed by Christian ethicist Luke Bretherton: “In loving my neighbor, how can I keep faith with my distinctive commitments while also forming a common life with neighbors who have a different vision of life than I do?”

Unless evangelicals can manage some major political victories in the coming years, they may not have much choice. 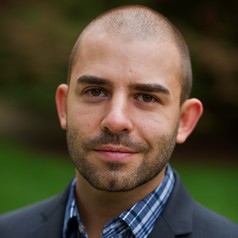 About Stewart Clem
Stewart Clem is a Christian ethicist and a priest in The Episcopal Church and an Assistant Professor of Moral Theology, Aquinas Institute of Theology. You can read more about the author here.
Previous Post

November 22, 2020
Pro-mask or anti-mask? Your moral beliefs probably predict your stance
Next Post

November 23, 2020 60 years after JFK, Biden as second Catholic president offers a refresh in church's political role
Browse Our Archives
get the latest updates from
The Conversation
and the Patheos
Best of Patheos
Channel
POPULAR AT PATHEOS Public Square
1 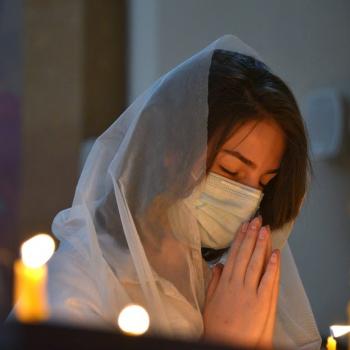 Public Square
Do people become more religious in times of...
The Conversation 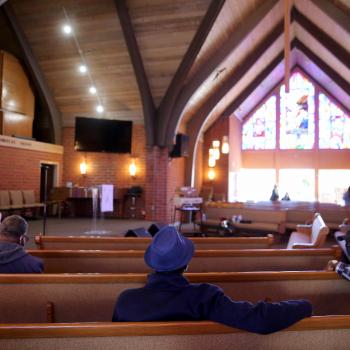 Public Square
Faith in numbers: Is church attendance linked to...
The Conversation 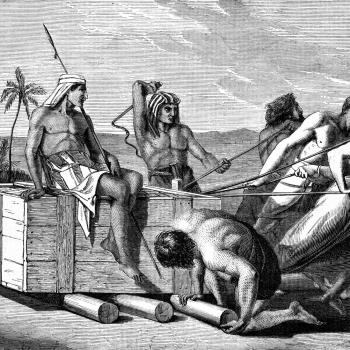