How the National Prayer Breakfast became an opportunity for presidents and faith leaders alike to push their political agendas February 5, 2021 The Conversation

By Deborah Whitehead of University of Colorado Boulder

Addressing his first National Prayer Breakfast as president on Feb. 4, Joe Biden spoke of the need to “turn to faith” in a “dark, dark time.”

In the wake of the Jan. 6 assault on the Capitol, he called for Americans to “confront and defeat political extremism, white supremacy and domestic terrorism,” and argued that religion can help America unite as “one nation in a common purpose: to respect one another, to care for one another, [and] to leave no one behind.”

The president’s address provided an insight into how Biden plans to navigate the complex relationship between religion and politics in the post-Trump era.

But it also underlines the importance of the traditional presidential address at the National Prayer Breakfast – an annual high-profile gathering of faith leaders and politicians held in Washington D.C. on the first Thursday in February since 1953.

That the annual breakfast draws so much attention marks the fulfillment of a dream by the event’s founder, Abraham Vereide, a Norwegian immigrant and minister born in 1886 who credited the idea to an early morning vision brought about by prayer. As a scholar of U.S. religion and culture, I believe the story of the National Prayer Breakfast provides insight into the complex relationship between religion and politics in the last century.

Vereide came to the U.S. in 1905 and found work as an itinerant Methodist minister. He served as a director of Goodwill Industries in Seattle and spent the first part of his career doing relief work for the poor and needy during the Great Depression. But according to Christian author Norman Percy Grubb’s biography of Vereide, “Modern Viking,” he came to feel it was not the “down and out” but the “up and out” – wealthy and powerful men who were not particularly religious – who really needed his attention. Vereide wrote that “the manpower of the churches had dwindled badly, and politics seemed under the control of those who were not fit to take leadership.” Concerned about the decline of organized religion’s political power and the growing role of the organized labor movement, and convinced that both unions and FDR’s New Deal were “subversive” and “un-American” influences in business and politics, he turned to prayer.

One night in April 1935, Vereide’s prayers yielded what he claimed was a 1:30 a.m. vision and a plan. Later that month he gathered 19 local businessmen for the first Seattle prayer breakfast. The 7:45 a.m. meeting time was chosen so as not to interfere with family and work responsibilities.

In these initial meetings, the group was primarily concerned with how to combat the local workers’ movement, which they perceived as dangerous and corrupt, and it was restricted to business executives only. But in the process, Vereide realized that these breakfast meetings – nondenominational, held in secular offices rather than church buildings, and focused on prayer, Bible study and building relationships – established powerful new networks among the city’s business, political, and religious leaders. Prayer breakfasts became Vereide’s method for reaching powerful elites who could help to advance Christian interests in business and politics.

The prayer breakfast movement quickly spread to other cities, including Washington, D.C., where the first prayer groups were established in the U.S. House and Senate in 1942 and 1943. In 1943 Vereide founded the National Committee for Christian Leadership, changing its name to International Christian Leadership the following year, to provide coordination for the growing movement. He defined the organization’s purpose as “One world in active cooperation in commerce, science, labor and education should be one world in spiritual unity and moral convictions.”

Vereide attributed the movement’s success to the example of none other than Jesus himself, whose disciples were “men in the fishing business.”

From hesitancy to opportunity

In 1953, the first Presidential Prayer Breakfast, as it was then called, was held in the Mayflower Hotel in Washington, D.C., with 400 in attendance. President Dwight Eisenhower initially declined an invitation to attend, but relented with the persuasion of evangelist Billy Graham, and delivered an address about the importance of prayer.

Eisenhower remarked that “prayer is just simply a necessity, because by prayer I believe we mean an effort to get in touch with the Infinite.”

Since Eisenhower, every sitting U.S. president has attended the breakfast at least once during his term. The presidential address is only part of the breakfast, a multi-day event. While most presidents have used the address to speak about their personal religious beliefs, at the 2020 breakfast, Donald Trump waved “Trump Acquitted” newspaper headlines and used the opportunity to launch an attack on the religious commitments of his political opponents.

The breakfast is still sponsored by the same organization Vereide founded, now known, simply, as The Family, and two members of Congress and a bipartisan committee serve as its honorary hosts.

After Vereide’s death in 1969, evangelist and businessman Doug Coe succeeded him in leadership of the organization. Under Coe, who died in 2017, the prayer breakfast continued to grow in influence – with Coe himself counting high-ranking politicians among his powerful friends.

“The Family,” a 2019 Netflix series, explored the influence of the organization on American politics. Journalist Jeff Sharlet, whose 2009 book is the basis of the series, says that “The National Prayer Breakfast is 100% The Family’s event, an event that is meant to be this very public display of power.”

Attendance at the breakfast is by invitation only, and the event has long faced criticism that it is exclusive and elitist. And secularists balk at the way that the event has become a public religious ritual at the center of U.S. government.

Since the Obama era, many non-Christian and secular groups have called on presidents to boycott the breakfast because of concerns over its connections to anti-LGBTQ and right-wing groups. This year, secular advocacy group Americans United called on Biden to “draw a sharp contrast with his predecessor” by strongly endorsing church-state separation, freedom of religion and religious pluralism.

As the breakfast has expanded to become an interreligious, international event, now including 4,000 attendees from over 140 countries, it has also become a ready opportunity for networking and deal-making.

According to the event registration website, “the purpose of the National Prayer Breakfast is to gather people from all over the world to pray for our leaders and to walk with them on the path that Jesus sets forth for all of us.” It also claims not to be “a political gathering.” Rather, “many politicians who come are Jesus-centered leaders who talk about how they collaborate and develop friendships across the aisle.”

But a 2018 article in The New York Times – published after the indictment of Maria Butina, a Russian agent who attended the National Prayer Breakfast twice in an effort to set up back-channel meetings between Russian and American officials – had a different take, calling the event “an international influence-peddling bazaar, where foreign dignitaries, religious leaders, diplomats and lobbyists jockey for access to the highest reaches of American power.”

Biden’s address attempted to address those criticisms without breaking tradition and to cast religion as a unifying, rather than divisive, force in U.S. politics. Since Eisenhower, the breakfast has endured as a presidential tradition, he said, but what it celebrates is something fundamentally beyond partisanship, beyond politics, and beyond any one religious tradition: “A nation … always in prayer.” 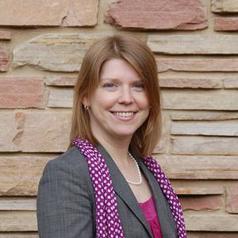 About Deborah Whitehead
Deborah Whitehead is an Associate Professor of Religious Studies at the University of Colorado Boulder. You can read more about the author here.
Previous Post 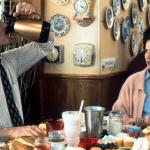 February 2, 2021
Stuck inside your home this Groundhog Day? Be like Phil the weatherman, and try some mindfulness
Next Post

February 17, 2021 Faith in numbers: Behind the gender difference of nonreligious Americans
Browse Our Archives
get the latest from
The Conversation
Sign up for our newsletter
POPULAR AT PATHEOS Public Square
1 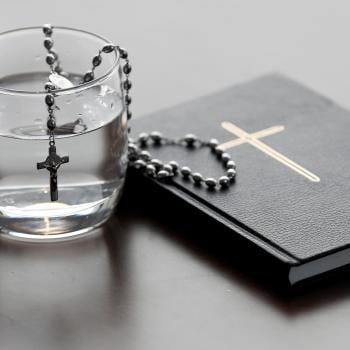 Public Square
What are the origins of Lent?
The Conversation 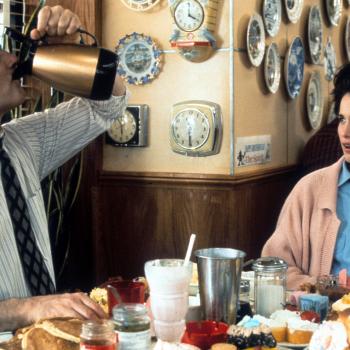 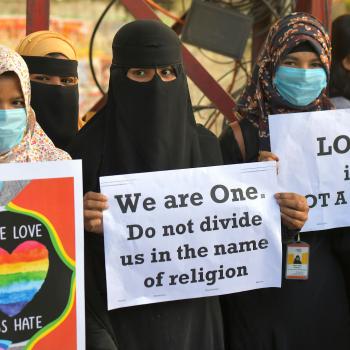