Pope’s upcoming visit brings attention to the dwindling population of Christians in Iraq March 4, 2021 The Conversation

By Ramazan Kılınç of University of Nebraska Omaha

Pope Francis will arrive in Iraq on Friday in a first-ever papal visit to the country that is expected to raise awareness about the challenges facing Iraqi Christians – a majority of whom are Catholic.

My recent book, “Alien Citizens: The State and Religious Minorities in Turkey and France,” examines how international factors influence the status of religious minorities. I argue that in Iraq’s case, it was a series of international interventions that eventually led to the dwindling of the Christian minority.

Who are Iraq’s Christians?

Most Iraqi Christians are ethnically Assyrian, and they belong to the historic Church of the East, one of the three major branches of Eastern Christianity. The language of worship is a dialect of Aramaic, the language that Jesus is said to have spoken.

The largest of these Assyrian communities belongs to the Chaldean Catholic Church, making up more than two-thirds of all Christians living in Iraq.

Syriacs, who constitute somewhere between 10% to 15% of Iraqi Christians, are organized around the Syriac Catholic Church and the Syriac Orthodox Church, which are headquartered in Lebanon and Syria respectively.

Armenians and Arab Christians, along with other small groups, constitute the rest of the Christians living in Iraq.

The events that followed the 2003 U.S. invasion of Iraq led to a large-scale persecution of the Christian population.

While Saddam Hussein repressed ethnic and religious groups such as Kurds and Shiites, Christians fared relatively better under his rule. As religion scholar Kristian Girling wrote, in return for their acquiescence to Saddam’s authoritarianism, Christians were given protections and gained prominence in business and cultural life.

Tariq Aziz, who was the deputy prime minister in Saddam’s Cabinet between 1979 and 2003, was affiliated with the Chaldean Catholic Church.

The ousting of Saddam by U.S. troops led to a power vacuum in which sectarianism and instability helped create the conditions for the rise of extremist groups such as al-Qaida in Iraq from 2004.

Violence against Christians in the form of killings, attacks and kidnappings soared.

As a result, many Christians fled Iraq. According to data compiled from U.S. International Religious Freedom reports, by 2013, a decade after the invasion, more than half the Christian population had left the country.

The destruction by Islamic State group

The plight of Iraq’s Christians became more precarious as the Islamic State group took hold of swaths of the country.

Many never returned after the defeat of IS in 2017. Those who did had to face the Shiite militant groups who helped the Iraqi government defeat IS and controlled some Christian territories.

Until the Iraqi government had tamed these militias and had political control over them, Christians had skirmishes with them over properties and lands. According to media reports, many more Christians left Iraq in this period.

In short, the U.S. invasion of Iraq started a cycle of violence that put Christianity under threat. As foreign correspondent Stephen Kinzer wrote in a piece for The Boston Globe: “By overthrowing Hussein, we hastened the end of Christianity in a land to which Saint John is said to have brought it soon after the Crucifixion.”

Between 2017 and 2019, the Trump administration provided over US$300 million in aid to support the rebuilding of the Christian cities and villages of Nineveh Plains destroyed by IS in Northern Iraq.

However, a long-lasting solution to improving Christians’ status is maintaining the rule of law in Iraq. The Iraqi constitution, drafted in 2005, declares Islam as the country’s official religion. Singling out one religion at the expense of others can put religious minorities at risk unless clear protections are provided. Iraq needs a legal framework for equal citizenship to create a safe environment for religious minorities.

The Iraqi government invited Pope Francis to visit. The president of Iraq, Barham Salih, described the visit as “a message of peace to Iraqis of all religions.” Media reports have quoted a Vatican source as saying the pope aims “to comfort Christians who, amid wars and conflicts, have been forced to flee from Iraq.”

One cannot know if the pope’s visit will help Iraqi Christians heal from many years of suffering, but it will definitely bring public attention to their situation. 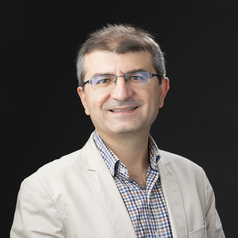 About Ramazan Kılınç
Ramazan Kılınç is an Associate Professor of Political Science at the University of Nebraska Omaha. You can read more about the author here.
Previous Post

March 3, 2021
What the mythical figure of Şahmeran in Turkey represents and why activists use it
Next Post 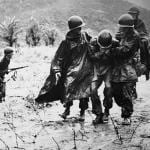 March 10, 2021 US army chaplain Emil Kapaun advancing toward sainthood
Browse Our Archives
get the latest from
The Conversation
Sign up for our newsletter
POPULAR AT PATHEOS Public Square
1

Public Square
Why parts of Good Friday worship have been...
The Conversation 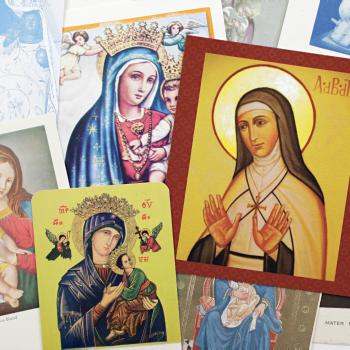 Public Square
What can you do with unwanted holy cards...
The Conversation 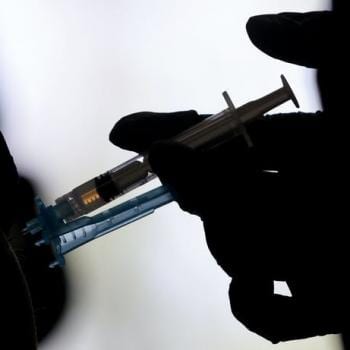 Public Square
Christian nationalism is a barrier to mass vaccination...
The Conversation 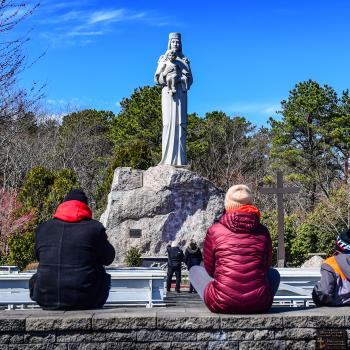 Public Square
The US has never had much of a...
The Conversation
TRENDING AT PATHEOS Public Square