The US has never had much of a pilgrimage tradition – perhaps now is the opportunity April 3, 2021 The Conversation 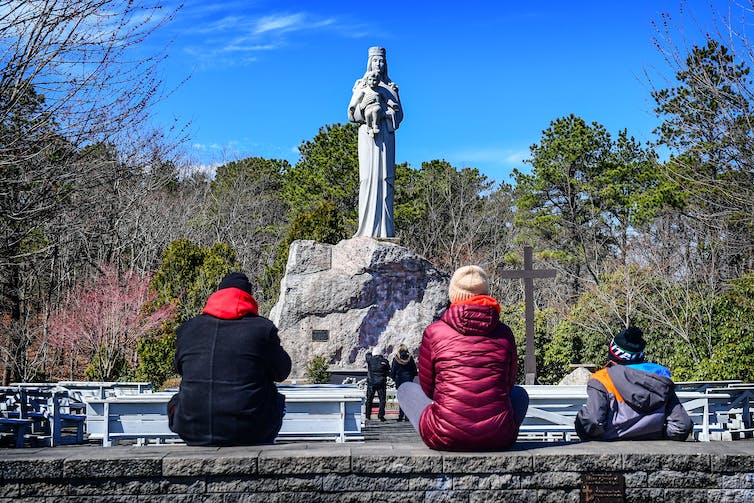 Sites of pilgrimages are few and far between in the U.S.
Thomas A. Ferrara/Newsday RM via Getty Images

By James Mills of State University of New York at Oneonta

One feature of the pandemic has been the curtailment of a practice that for millennia has provided an outlet for healing in times of crisis: pilgrimage.

From restrictions on the Hajj for Muslims to the Catholic pilgrimage to Lourdes going virtual, people of faith have been unable to embark on journeys that would in other times provide solace and community.

As a scholar of religion and geography who has written about the role of pilgrimage, I know the U.S. has never had a strong tradition of pilgrimage. But I believe that could change and give Americans new ways to heal in the post-pandemic era.

The progress of pilgrimages

Pilgrims have embarked on journeys in search of healing for at least 10,000 years and in virtually all religious traditions including Christianity, Islam, Hinduism and Buddhism. In earlier times, the healing pilgrims sought was often to be cured of disease or some physical ailment. Some still do. Crutches that cover the walls of pilgrimage destinations such as the Chimayo chapel in New Mexico attest to those who hobbled to these sites and then, it is said, walked away cured.

Nowadays the healing most pilgrims seek is more psychological and spiritual in nature. Pilgrims often undertake their journeys to grieve and heal after the death of loved ones or after experiencing other traumas in their own lives.

Pilgrimage is common and even increasing in most parts of the world. The Camino de Santiago in Spain has seen an extraordinary increase in the number of pilgrims in the past 30 years, and scores of new pilgrimage routes have recently opened in the U.K.

The U.S., however, has few destinations and even fewer designated routes for pilgrims to use. The reasons for this are varied, but historically the majority of U.S. citizens and almost all those in power identified as Protestants. Even today, close to half of all Americans identify as Protestant.

Protestantism has had less of a tradition of church-sanctioned pilgrimage than other religions. In fact, Protestantism emerged in the 1500s in no small part as a reaction to the licentious behavior of some pilgrims and priests, the selling of indulgences to enrich the church or various members of the clergy, and the corruption that was associated with many pilgrimages of the time.

Martin Luther, the founder of Protestantism, said all pilgrimages should be stopped because they only gave people opportunities to sin. He wrote that there is no biblical basis for the practice.

Most Protestants over the past few centuries followed Luther’s lead and continued to avoid or denounce pilgrimage. Protestants denied the significance of saints, so they didn’t go on pilgrimages to shrines commemorating them. They focused more on doctrine and have generally been wary of embodied rituals, such as dancing or pilgrimages.

A secondary reason that the U.S. never developed a pilgrimage tradition is that religious pilgrims tend to be attracted to places where key figures in their faith – such as Jesus, Muhammad, the Buddha, or various saints – lived out their lives.

Jerusalem, as well as Mecca in Saudi Arabia, India’s Bodh Gaya and other places associated with the birth of religions or major moments in their development, are all in Asia. As a result, Americans seeking such pilgrimage have felt the need to travel overseas, which limits who can go and how often pilgrimages can be undertaken.

There are some pilgrimage sites in the U.S. Mormons have a number of American destinations – such as the Hill Cumorah in Palmyra, New York, and Temple Square in Salt Lake City, Utah – because the U.S. is where the religion started and grew. Catholics have U.S. pilgrimage destinations as well, such as the Basilica of the National Shrine of Mary, Help of Christians, at Holy Hill in Wisconsin. These places are typically associated with miraculous events or dedicated to saints such as the Virgin Mary.

Times are changing, however. Evidence suggests that more and more Americans would like to go on a pilgrimage or have more ways to engage in spiritual tourism. This growing desire to go on a spiritual journey provides a great opportunity to meet the demand by creating domestic pilgrimages not only for personal healing, but also to construct walking pathways that could, I believe, help heal entire communities or even the country.

Imagine a network of local pilgrimages that focuses on the route rather than any singular destination. These paths could interconnect to form regional networks.

Such pathways could be much more than simple thoroughfares. They could be designed to provide rich spiritual experiences for people of all faiths and those of no formal affiliation. Nondenominational meditation spots, gardens and liminal components such as gateways, bridges and shorelines could all be incorporated.

These routes could be open to all and provide an opportunity to encourage interfaith and intergroup communication. Pilgrims might choose to walk with others of different backgrounds or there might be side trips that bring pilgrims to a variety of denominational destinations.

U.S. cities are deeply segregated by class, ethnicity and race. Urban pilgrimages could help break down barriers by providing opportunities for residents to experience neighborhoods other than their own.

This isn’t just a pipe dream. In the U.K. there is an organization dedicated to renewing the idea of pilgrimage “as a form of cultural heritage that promotes holistic well being.” There is no reason such a movement cannot develop in the U.S. too.

In fact, the Adirondack to Algonquin (A2A) Initiative is already creating a 400-mile wildlife corridor that the planners hope will double as a pilgrimage route for humans.

After the hardships caused by the pandemic, 2021 and beyond could be a time for healing – both of oneself and the wider community. Pursuing development of a network of pilgrimage pathways across the U.S. would, I believe, be a positive and creative way for Americans to work toward that goal. 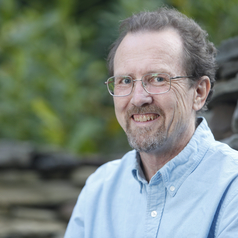 About James Mill
James Mills is an Associate Professor of Geography and Environmental Sustainability at the State University of New York at Oneonta. You can read more about the author here.
Previous Post 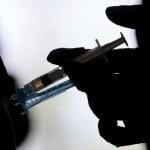 April 2, 2021
Christian nationalism is a barrier to mass vaccination against COVID-19
Next Post

April 4, 2021 Chivalry is not about opening doors, but protecting society's most vulnerable from attack
Browse Our Archives
get the latest from
The Conversation
Sign up for our newsletter
POPULAR AT PATHEOS Public Square
1 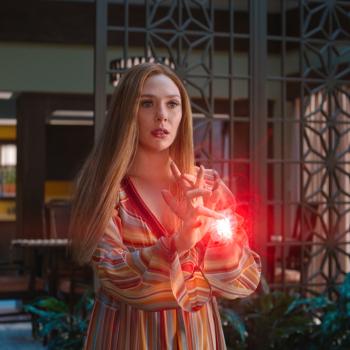 Public Square
Is magic immoral? It played a role in...
The Conversation
TRENDING AT PATHEOS Public Square

What can we know about long-ago biblical figures...
THE QUESTION (raised by The New York Times): What can we know...
view all Public Square blogs
Copyright 2008-2021, Patheos. All rights reserved.
error: Content is protected !!