Conversations on religious influences in American public life in the Trump era typically focus on white evangelical Protestant support for Donald Trump and the Christian nationalist wing of the Republican Party. The impact of Israeli-aligned Jewish political organizations and conservative Jewish political donors such as Sheldon Adelson is also well-known. However, the rise and organizational strength of American conservatism is, in fact, a remarkable 50-year saga of intellectual and theological penetration of the halls of power by a hard-right slice of the American Catholic community.

Catholicism, despite its cratering population of priests and shrinking appeal to younger white Americans, has today become the linchpin of an ethnically European, Christian nationalist insurgency that has captured the Republican party and control of the nation’s major governing institutions. This weird splice within the Catholic Church of institutional decline and political domination explain an enormous amount about the political situation in which we find ourselves.

Two demographic illustrations spotlight this Catholic transformation of American conservative politics. Following Senate confirmation of Brett Kavanaugh, 8 of the most recent 11 justices have had a Catholic background (all save one, Sonia Sotomayor, are rock-ribbed conservatives). Prior to the appointment of Antonin Scalia to the Supreme Court in 1986, only 6 of the previous 103 justices serving the first 197 years of the Court’s history had been Catholic (the first being Chief Justice Roger Taney of Dred Scott notoriety, appointed by Andrew Jackson in 1836).

Since 1965, the House of Representatives also has become increasingly Catholic, particularly within the Republican Party. Here are some bullets to capture the flavor of this shift toward a dramatically more Catholic Congress, and a remarkably more Catholic Republican Congressional cohort.

Thomist Natural Law and the Defense of Western Civilization

The underlying organizational and intellectual impetus for this transformation derives from a peculiar influence of medieval Thomist philosophical perspectives – on natural law, in particular – that have in the last 50 years claimed the soul of the Republican Party and infused its perspectives on constitutional law, policy prescriptions, electoral politics, and approaches to governance.

St. Thomas Aquinas’s grand synthesis of Aristotle and St. Augustine in the Summa Theologica spells out the principles of natural law philosophy, which both absorbs (from revelation and scripture) and communicates (into public discourse and legal practice) a quite specific understanding of the human individual as the summit of God’s creation, shaped in the image of God himself. The vocabulary of natural law philosophy organizes itself around this concept of the imago Dei, which supports conceptions of practical law that must, by definition, defer to “higher laws” derived from holy texts of dubious origins, with unverifiable truth claims, and with uncertain and hence malleable implications.

Neo-Thomist philosophies of natural law (most specifically, the “new” natural law articulated since the 1960s by Catholic moral philosophers Germain Grisez, John Finnis, Hadley Arkes, and Robert George) today frame and help to shape for public consumption traditional precepts of Roman Catholic theology. These precepts apply most closely to human life/human dignity issues associated with reproductive, sexual, and gender politics (specifically, contraception, abortion, and sexual identity), based on fixed teleological conceptions of the unique nature and purpose of each individual and each life-form.

For example, Catholic philosophies of the “new” natural law emphasize that God created two types of humans, the male and the female, whose purpose was to be fruitful and multiply. The institutions of marriage and family and the functional act of sex serve the purpose of procreation. Behavior outside the boundaries of these teleologies – such as premarital sex, contraception, and homosexuality – shreds these institutions, dishonors God, and deforms man. One can easily witness the host of Gilead-like outcomes that this perspective might produce (and has produced) in terms of the ability of ordinary people, particularly from marginalized groups, to own and control choices that involve their own bodies.

These natural law precepts have in recent decades also reinforced a larger identity politics organized around the preservation of shared European racial, ethnic, and religious origins – the concept of a “Western Civilization” that first emerged as a call to arms during the Crusades and that is often linked by its defenders to Christian Catholic ideas and institutions that surfaced and solidified in the 12th and 13th centuries, partly as a response to engagement with the Islamic regions of the Middle East and North Africa.

Contemporary “radically traditionalist” Catholic ideas, values, and sensibilities now interpenetrate both elite and popular variants of conservative American political thought and every political institution of consequence, with impacts in the Trump era on policies, politics, and adjudication of every pressing issue of the day, including immigration, crime, employment, health care, education, civil rights, and foreign policy.

Roman Catholic influence in American politics began to mushroom in response to the Second Vatican Council (1962-1965), and more specifically to the crisis engendered by the 1973 Roe v. Wade decision. In the past 50 years, this influence has more generally sustained itself as an organizational and intellectual presence best evolved to exploit and respond the cultural uncertainty and flux of our times.

None of this happened by accident. The hegemony of Puritan/Protestant ideas/ideals in American history has always masked a specific organizational weakness. We can presume this organizational deficit is dispositionally endemic to fractional/fractious religious movements. In the case of American cultural formations associated with Protestantism, we can also speculate this institutional insufficiency was reinforced by the omnipresent option – dating back to the settlement patterns of 16th-century Protestant sects – to separate, drift, disperse, and migrate. Or as Albert Hirschman’s paradigm might suggest, to exit. This weakness the Articles of Confederation expressed politically and the Constitution and doctrines of federalism barely masked.

American Catholics lacked both the recursive instincts to fractionalize of post-Reformation Protestantism and many of the first-mover settlement options of Protestant sects and communities that preceded the arrival to the United States of Catholic immigrants. But American Catholicism possessed a latent advantage that proved to be enormously functional in the decades following World War II, when economic growth and global reach allowed American Catholics to attain business and financial prominence and political influence that had previously eluded them.

That latent advantage was organizational, a capacity integral to an enormously sophisticated, globally minded religious enterprise with centuries of experience living fully within the City of Man even as it built bridges to the City of God – creating institutions, integrating empires, and making theory practical via the law. And when theory – the systematic elaboration of ideas about cause and consequence – becomes practical and programmatic, it suddenly also becomes powerful. 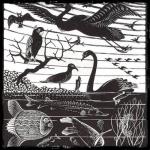 July 10, 2019
The Creation Project: Revealed Religion, Natural Law, Western Civilization, and the Ends of the Earth
Next Post 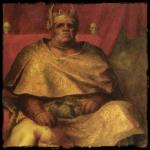 July 14, 2019 Serving God and Mammon: The Rise and Influence of the Heritage Foundation and the Federalist Society
Browse Our Archives
get the latest from
The Creation Project
Sign up for our newsletter
POPULAR AT PATHEOS Public Square
1