Well, since we’ve been chatting about Peter Thiel … In July 2017, The New York Times published a fascinating essay about the cult-like worship of Ayn Rand among Silicon Valley tech bros such as Peter Thiel and Travis Kalanick, and of Donald Trump administration insiders such as Rex Tillerson, Mike Pompeo, and Trump himself. In a much-read and discussed December 2016 LinkedIn post, hedge fund impresario Ray Dalio concisely (and presciently) characterized what we might expect the “traumatic” impact on politics to be when such a radically anti-statist worldview assumes pretty much every power the state possesses.

If you haven’t read Ayn Rand lately, I suggest that you do as her books pretty well capture the mindset. This new administration hates weak, unproductive, socialist people and policies, and it admires strong, can-do, profit makers. It wants to, and probably will, shift the environment from one that makes profit makers villains with limited power to one that makes them heroes with significant power.

Since the 2016 election, the Ayn Rand resurgence has spawned a slew of new articles and books that parse this odd, insecure woman’s complicated relationship to American capitalism. Rand, of course, was a Russian emigre whose baptismal rebirth on the American strand dosed her with the convert’s zeal, a prototypical urge to move quickly and break things that fully speaks to the iconoclastic rape-and-pillage spirit of our own Trumpian moment.

The Ayn Rand meme captured in this controversial (and short-lived) Forever 21 advertisement for a female muscle shirt surfaces a more specifically interesting perspective on the Trump phenomenon that extends well beyond the tired trope that someone in a hurry will act without permission and, if necessary, apologize later. The essence of this quote is closer to an ideal of empowerment in which one not only never asks for permission, one never apologizes.

Trump and his followers on the paleo wing of the Republican Party are not simply capitalists. In homage to Ayn Rand zealot (and former Uber CEO) Travis Kalanick, might instead call them uber capitalists, and what that means, concretely, is that they represent the emotional and intellectual biases – on pretty much everything – of privately owned capital. Which is an entirely different kettle of fish from publicly owned capital, with distinctions that are insufficiently appreciated, but that go a long way to helping us understand the Bizarro World we now inhabit.

Almost by definition, publicly traded companies must at least pretend to care about public opinion (or at least the opinions of investors and financial markets). These companies must comply with many laws and regulations that govern their relationship with global capital markets. In other words, these companies must address some tangible, empirical, bounded version of reality, with political and legal constraints that most of us, like them or not, would recognize and acknowledge. In other words, public companies might sometimes “forget” to ask for permission. But when caught with fingers in the cookie jar, they will always apologize.

By contrast, the world of private equity investment vehicles (such as venture funds or private equity funds), privately held industrial and commercial companies, and real estate development companies pivots on a visceral antagonism to the encroachments of the state and any conception of public good that in any way infringes on the ability of these entities to make money. The impulse here is an insistent, primal, unyielding imperative – hence the frequent association of liberated capital markets with “animal spirits,” another worthy meme invoked below by Ray Dalio. For a great example of this divergence between publicly and privately owned capital, consider the differences between two billionaire capitalists from the Midwest, Warren Buffett and Charles Koch. Can one imagine Charles Koch apologizing?

The naturalistic, amoral metaphors matter. The defining flavor of the brave new world into which we have been ushered by Donald Trump is “primitive,” nothing more nor less than an unleashed, rampaging id characteristic of unhinged anti-heroes in auteur-driven films such as There Will Be Blood (Paul Thomas Anderson) and The Wolf of Wall Street (Martin Scorcese).

I wrote about the primitive impulse in a previous essay, Trump Likes to Watch: The Visual Foundations of Modern Politics. The Ayn Rand angle was one I had not fully considered. While I appreciate (as Ayn Rand Institute executive chairman, Yaron Brook, emphasizes) that most of the Trumpist / tech bro enthusiasm for Ayn Rand has little to do with anything she has actually written, or with any systematic understanding of her ideas, her oddball libertarian histrionics absolutely do validate these visceral, acquisitive impulses.

Venture capitalists (Peter Thiel), private equity investors (Bruce Rauner), hedge fund managers (Robert Mercer), real estate developers (Donald Trump), and industrialists (Charles Koch) largely operate outside the purview of public markets (and the web of mutually regarding connections and obligations the public sphere entails). We can appreciate how these businessmen would naturally embrace a version of social reality far more closely akin to a Hobbesian state of nature or to the grasping, sucking, omnipresent oral matrix of infancy, in which loss of control over one’s environment (or the illusion of control) means certain death.

Ayn Rand postulates a positive ethics of human engagement and fulfillment averse to the fear-based psychology of Hobbes and the world-swallowing narcissism of infancy. However, she fully and enthusiastically shares with private wealth holders an unbridled hatred of government, of bureaucrats, of regulations, and of the economic dependence and moral dissipation this version of the administrative state encourages and promotes.

Engineered Instrumentation of a Built World

The paradigmatic professional identity of these Ayn Rand admirers is not finance, but engineering (Thiel, Kalanick, Mercer – computer engineering; Tillerson – civil engineering, Pompeo – mechanical engineering; Koch – nuclear and chemical engineering). Obviously, the engineering background is not prerequisite for the Ayn Rand infatuation (“conscious capitalist” John Mackey of Whole Foods, a Rand disciple, has a background in religion and philosophy). But the correlation helps us to appreciate the salience of engineering’s zero-sum perspectives on economic life and economic competition. Consider the engineered instrumentation required to compel the earth to yield its fruits for a built human world.

This anthropogenic instrumentation of the world is an extractive model – a material carving out, expropriation, and depletion of resources that generally occurs in geologic time, while we consume and transform these resources in human time. This tension between two logarithmically different time scales requires enormous leverage – human technique and instrumentation that extends our reach, if not logarithmically than at least geometrically. Of course that is the purpose of engineered technology, which unconstrained foists upon humans a self-reinforcing illusion of omnipotence (while not truly dissipating the tension between geologic and human time).

Software engineering and financial engineering, while not concerned so explicitly with material hollowing out and rebuilding of the earth, applies a similarly Archimedean understanding of leverage. Consider the reliance of speculative, trading entities on debt capital and their efforts, via high-speed trading, to instrument time across a logarithmic scale that transforms the finite we associate with human time (hours, days, months years) into the infinitesimality we associate with scientific time (the approximation of the infinitely small or vast). Quantum computing will only turbocharge this time-scaled financial leverage. Of course, the profligate electricity requirements of digital currency “mining” also discloses the convergence of financial and engineering mindsets around concepts and units of time.

Yaron Brook wants us to believe that capitalism and the trader ideal voiced by Ayn Rand is all about creating win-win outcomes. But Donald Trump’s philosophy of deal-making is all about separating the world into winners and losers. Private equity firms take companies off public markets and strip them bare. Extractive industries by definition employ brutal means to subdue and conquer nature. The worldview of privately owned wealth – with its implicit awareness of finity, of scarcity, of mortality – is deeply physical and very much about control and domination. That is its logic.

If there is a contractual basis to private wealth transactions, more often the focus of contrast is on establishing the legal framework for building moats and externalizing risk. There is no win-win. No equality. There is only live-die. The ultimate inequality.

Which may also explain the perverse obsession of these billionaires to lever themselves. With escape hatches from global meltdown (luxury fallout shelters and security bunkers, New Zealand citizenship, Mars colonization). With the engineered extension of our life span to Old Testament or Middle Earth elvish dimensions. Ayn Rand’s fictive worlds – with their commitment to individual survival as the ultimate (and truly only) human value – fully comport to this worldview.

Once we establish these parameters – specifically, the swashbuckling heuristics dividing the world between zeroes and heroes, takers and makers, gods and mortals (masters of the universe) – much about the Trump Administration becomes clear:

Need I go on? I need not. Together these assumptions, qualities, and dispositions coalesce into a series of overlapping cognitive maps that are refractory – they sharply angle the private wealth community away from what we might loosely call science-based Enlightenment liberalism and toward a more profoundly medieval bunker mentality that is threat-based, tribal, feudal, mythic, and profoundly zero-sum.

Welcome to Bizarro World. Where all your most hellish dreams will come true.

July 16, 2019
Return to Oz: Peter Thiel's Retro Futurism and the Perils of Limitlessless Self-Love
Next Post 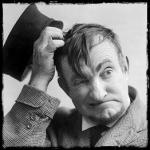 July 18, 2019 "The Left Ruins Everything It Touches:" A Peek Inside the Weird, Sputtering Brain of Dennis Prager
Browse Our Archives
get the latest from
The Creation Project
Sign up for our newsletter
POPULAR AT PATHEOS Public Square
1