One frosty February evening in 1971, the air dark and piquant upon his bare face and hands, 10-year old Eli shot his wet basketball at a hoop in the snow-shoveled driveway, hopping to his right and hopping to his left, then setting himself on of his good leg, his spring-loaded leg, not his Gumby leg. The wet ball banked off the board and into the basket. Eli cantered to retrieve the ball and shot again. The ball swished the net.

Eli wrapped his arms around the ball. Holding it close to his chest. Tobias stood at the head of the driveway, in his big fedora and his greatcoat, the briefcase on the ground by his feet.

“Yep. Our All-American.” Eli hugged the ball to his chest.

“Let’s go to a game soon. Just you and me. Maybe the Columbia game! We’ll leave Lawrence at home. Okay, Eli? You’re my guy. You know that, right?”

“Okay.” Eli dribbled the ball again, around his back and through his legs. He could hear the phone ring inside the house.

“Mom says we’ll eat in 15 minutes.” Eli hopped toward the basket. His shot drifted wide and scraped the edge of the backboard before tumbling into the bushes. Eli’s heart thumped wildly. The time for retribution at hand.

Eli retrieved the ball, watching his parents confer through the dining room window. His father’s angry gestures, his arms flung wide then raised high above his head, just like when he lectured to his students. His mother’s face tired and drained, not only from this new crisis at the end of a long day, but from the years of sacrifices her supporting role demanded, she the wife of a famous professor, a difficult man. His father, pointing toward the driveway, toward him. His father, reaching for his briefcase and retreating to his office at the other end of the house. Eli waited.

Within minutes, his father had summoned Eli to his office, the sanctum sanctorum, with its warmth and clutter. Tobias stood him against the wall lined with books and slapped him once across the face, his palm hard like flint. Eli slumped to the floor. He cried noiselessly. His father reached down and pulled Eli to the big chair by his desk. He thrust the boy’s spindly frame into the vast seat. Eli sank back, holding a hand to his face, partly to ward off further blows, partly to hold on to the pain hot and red upon his cheek. What had he done? What had he done? Repetition numbing his sore cheek, canceling his confusion, his guilt and his innocence spinning, tumbling. His mother had spoken with Mrs. Vandeventer, Tobias said, Eli’s fifth-grade teacher. And now Tobias, too, had learned what Eli had done, that he had lifted Mary June Fielder’s shirt after gym class, egged on by other boys. Laughing with the other boys (it was all just in good fun), he had touched her young breasts. Mrs. Vandeventer, come to collect her class, had seen it all.

Tobias harangued Eli, ploughing the same frozen field again and again, the clock ticking, dinner long gone cold. When Eli’s attention wavered, Tobias called in Eli’s mother to confirm the need for a united parental front, the need to punish the boy. His mother would nod unhappily and then depart the room. Eli had embarrassed the family, Tobias said. He had disgraced himself.

Eli’s wanton deeds exposed deeper issues, as well. Concerning the meaning of big terms like freedom and responsibility and integrity. Children often believed freedom meant absence of restraint upon their acts. Freedom meant I can do whatever I want, even if that leads me to lay hands on Mary June Fielder. Like a clown. Like a fool.

But freedom was not a capacity of the body, Tobias said. It was a condition of the soul. Eli’s acts were nothing themselves but a mirror into his own soul, his innermost self. His freedom depended not on the absence of restraint upon his actions, but on the degree to which those actions conformed to a high standard of righteousness and justice. And what the boy had done was wrong by any standard, and hence unfree.

At the end, spent and worn himself, Tobias wrapped Eli in his arms and said, “I love you, boy. I love you. But if you assault the dignity of another girl or woman again in my lifetime, then I will banish you from my thoughts and you will no longer be the high object of my deeds and for me you will cease to exist.”

Next in Calvin’s Ghost – 5 / Orlando Patterson 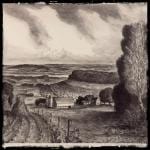 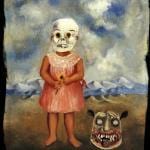 August 30, 2019 Weekend Reading - Calvin's Ghost: A Novel / 5 / Orlando Patterson
Browse Our Archives
get the latest from
The Creation Project
Sign up for our newsletter
POPULAR AT PATHEOS Public Square
1 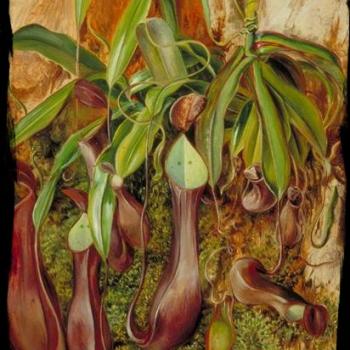 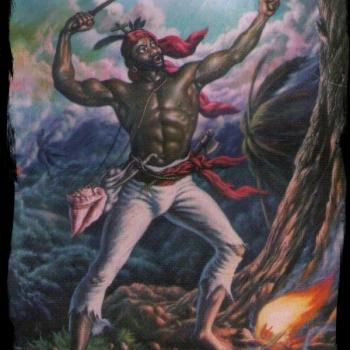 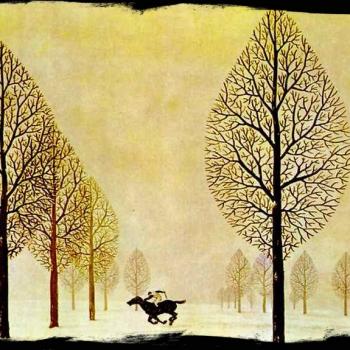 Technology’s ‘Invisible Hand’?: An Account of Divine Providence...
This presentation is guided by the question: How do we understand...
view all Public Square blogs
Copyright 2008-2020, Patheos. All rights reserved.