How the Federalist Society Stole the Federal Judiciary, Conquered Washington DC, and Imperiled the Nation

This is essay #1 of a multi-part series about how the remarkable political and legal influence of the Federalist Society – what I call a “court-jacking” –  illuminates the emerging civilizational conflict between competing cosmologies, represented by natural law moral philosophy and complexity science.

The Federalist Society held its annual National Lawyers Convention earlier this month and it was of course an epic shit show for those on the outside, looking in. If not already evident to anyone paying attention, this self-celebratory gathering of the nation’s legal conservative elite, with more than 3,500 members in attendance, confirmed a new political reality, if one long in the making. Some 37 years since it was founded by law students at Yale, the Federalist Society was in a celebratory mood because, three years into the Trump era, the organization has secured for itself :

As a result of these achievements, the Federalist Society has probably locked down for the next half-century a backward-looking, frozen legal and political vision – based on the precepts of natural law, textual interpretation, and original intent – that truly has nothing to do with the social, environmental, and technology dynamics of the 21st-century. The stakes for the United States of appropriate judicial awareness of, and responsiveness to, these tectonic transformations could not be higher. Which is why watching Leonard Leo, Donald Trump, and Mitch McConnell – the respective leaders of our three branches of government – remake the judiciary on their terms with nary a peep from the Democratic Party and from the so-called Progressive resistance, combined with the absence of any attention from Democratic Party presidential candidates to how this “court-jacking” might have happened and why it matters, beggars credulity. But here we are. Totally fucked. And so it might be time to break down the fuckery.

I’ve recently published a series of essays on the philosophical foundations and practical consequences of Conservative Catholic natural law, a politically resurgent perspective on how human societies and individuals should order themselves in relation to their God-given (and therefore immutable) “nature.” I’ve also voiced my own view that the crisis of our moment is the product of an emerging civilizational conflict between the millennium-old cosmological assumptions of natural law moral philosophy and the emerging new cosmology we might associate with complexity science (of the sort studied and practiced at the Santa Fe Institute).

In a new series of essays, the remarkably successful power grab of the Federalist Society will serve as the lens for understanding the underlying structure and ultimate stakes of this civilizational battle. I will argue that liberal and progressive Democrats – with effectively no cosmology at all undergirding their belief systems – are ill-equipped to appreciate, anticipate, and engage this struggle, a conflict epic in its own terms. These will be relatively short essays – hopefully in the range of 600-800 words apiece – each focused on one dimension of the mindset and program of the Federalist Society that illuminates an aspect or layer of the unprecedented and wrenching transformation of, and challenge to, the world as we’ve always known it.

Essays will consider the perspectives, personalities, programs, policies, and politics of the Federalist Society with reference to the relevant contexts of migration patterns, population dynamics, institution-building, crisis response, theological certainty, scientific skepticism, the fetish of the text, the vagaries of the law, the formation of identity, the limits of language, the tripwire of technology, and the instrumentation of power. To explore these themes, the essays will range across the disciplines of philosophy, theology, physics, biology, ecology, geography, demography, economics, engineering, anthroplogy, sociology, psychology, politics, history, literature, and cosmology. At the end of this series, I hope to have surfaced a set of tools and perspectives useful, generally, for navigating the difficult terrain we presently traverse and, more specifically, for revealing the fraudulent and, frankly, irrelevant intellectual and political subjunctives of Federalist Society discourse.

Can I pull this off? I have no idea. Writing is difficult, even on the best of days. So I’m not going to hold myself to any fixed schedule, or to any schedule. But my goal is to publish 2-3 of these essays each week, until I run out of things to say. One other housekeeping note. I will probably start producing a Substack newsletter – maybe on a weekly basis – that will assemble and republish this essay series for anyone interested in engaging more deeply these ideas. I may throw in other stuff along the way. 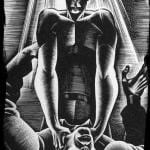 November 14, 2019
Know Your Enemy: A Podcast About Conservative Ideas That Speaks To All Of Us
Next Post 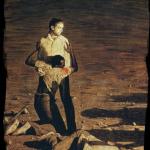 November 21, 2019 The Law as Society's "Operating System"
Browse Our Archives
get the latest from
Best of Patheos
Sign up for our newsletter
POPULAR AT PATHEOS Public Square
1

How do today's Latter-say Saints view...
Religion Q & A
3

Cherry-picking the Bible and using verses...
The Conversation
Related posts from The Creation Project

Caring for the environment has a long Catholic...
Environmentalism may seem like a new mindset, especially in the Church. But...
view all Public Square blogs
Copyright 2008-2021, Patheos. All rights reserved.