Which Side Are You On? The Lost Art of Campaign Journalism

Which Side Are You On? The Lost Art of Campaign Journalism February 13, 2020 Peter Hammond Schwartz

Ahh, the lost art of campaign journalism. In this New Yorker piece about the Bernie Sanders campaign, Sarah Larson nails it. The story has nuance and layers. It has spirit. The reporter’s voice is great. She’s funny and insightful and sometimes profound at the same time. She includes her own sensibilities and those of others in the story in equal measures. She talks to a ton of people. She references Bernie in relation to the other candidates, Trump, Michael Moore, his adoring supporters. She communicates beautifully the underlying message/slogan of “Us, not me.” She disses Klobuchar and Biden and Mayor Pete humorously, but with a touch of shiv-like nastiness. She comments on the whiteness of the crowd without making this seem like a terrible thing. She allows everyone to be human in their own way. She’s in the flow of the campaign.

Again, there is a long and fantastic tradition of campaign journalism that most people these days may not even know about. But it has existed, and it matters. Weirdly, if you covered a Republican Party primary campaign in recent years, certainly in 2016, the vibe would be very different. No “Us, not me,” and so raucous without being celebratory. This is what makes the Democratic Party continue to be important and relevant, even in this dark and depressing moment. So Go New Hampshire, and let’s hope there is some positive energy that can build and surge into the next round of primaries. 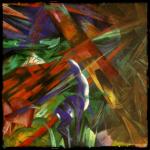 February 13, 2020
Browse Our Archives
get the latest from
The Creation Project
Sign up for our newsletter
POPULAR AT PATHEOS Public Square
1

More Than One Religious View on...
Religion Now
Related posts from The Creation Project

Is tithing (donating 10% of income) still valid...
THE QUESTION: Should 21st Century Christians still give 10% of their income...

The Myth of the Egalitarian Noble Savage
Are hunter-gatherer societies really the original egalitarian society? One anthropologist argues against...
view all Public Square blogs
Copyright 2008-2021, Patheos. All rights reserved.