How to Win an Argument

I used to be very uncomfortable with people believing something different than me.  In fact, the me of 10 years ago might have vehemently tried to change the me of today.  I came from a very fundamentalist, evangelical world where we believed we were absolutely right on a number of issues.  We may have been open to different styles of worship, but we weren’t even comfortable with most other evangelical forms of Christianity, so anything very different at all was not even considered.

As I began to ponder the question, “Maybe I’m Wrong,” I held God up against my experience as a father.  When I considered eternal conscious torment (hell), I couldn’t imagine torturing my children for a few minutes, much less forever.  As my beliefs unraveled, I became much more open to other faiths and ideas.  I went through some spiritual formation with some Benedictine sisters and had a revealing experience in a tea shop with a Buddhist man.

So most of the times, when I encounter someone that thinks differently than me, I am pretty tolerant of their differing beliefs.  Even though I hope they will grow and change and become, I don’t feel the great urge to “convert” them like I used to.  I imagine it is because I have realized everyone is on a journey and they have their “aha” moments at different times.

But, occasionally I still get a little worked up.  I respond to a comment on social media or I hear someone on television and my cognitive dissonance sparks a reaction in me that I don’t want to foster.  I find myself determined to be right and I say things I later regret.  Because of my shadow work, I am less reactionary, but I often wonder why I am fighting these battles at all.

My only valid excuse is because I believe that something they are saying or something they believe will hurt other people.  When I examine it closely, I also realize they think the same thing about me.  Both of us are probably partially wrong and we haven’t considered all the alternatives.

Given enough time, we can always justify our actions.  I simply hope to get better.

I just messaged an old friend.  He’s actually a friend of my children.  I count it as a blessing that many of my children’s friends are permanent friends of mine.  I praised this young man for being open and thoughtfully investigating things in his life.  He comes from the same background as me so I know how hard this is.  I disagree with him on many things, but we are able to have a conversation.  Another old friend of mine and I will probably never talk again after the interaction we had yesterday.  I think I know the difference and it’s partly my fault.

The difference is something my son taught me.  As my son began to form his own beliefs (something I encouraged), we began to have intermittent conversations.  The way he handled these conversations led to me changing my thoughts, feelings and beliefs about several issues.  The reason I was open is the way he phrased the statement.  It went something like this:

“Maybe you could consider…” or “that’s fair, but another way to look at it is…”

Because, we cared about each other, this gentle admonition helped me eventually start my deconstruction which led to changes in all areas of my belief system.  If I looked back, I think I would realize that no one convinced me of anything directly.  No one made the perfect argument.  No one MEMEd me into understanding.  It was just a long string of people stating their truth in compassionate ways and me doing the inner work necessary.

In a way, I regret some of the interactions I have online, but then I remember the good that comes from it.

I’m happy during my month long vacation from Facebook, but I also miss some of the community there.

So, I texted my friend Jason and we’re going to talk later this morning.

My hope for you is not that you win arguments or prove your point more effectively.  I also don’t wish that you avoid confrontation all together.  Life is messy and sometimes friendships change and we lose progress.  I hope you speak your truth in a compassionate way and find your authentic voice for the world.

I’m not sure if the world will ever have a unified voice and I don’t think that’s the goal anyway. 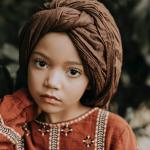 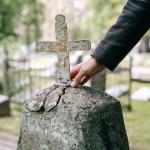 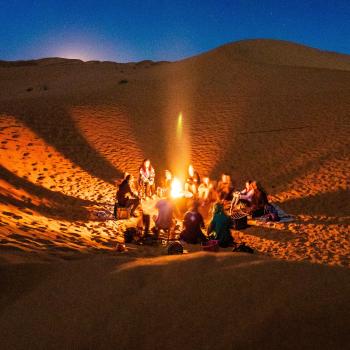 Progressive Christian
Christianity Is Not Under Attack, It is under...
The Desert Sanctuary 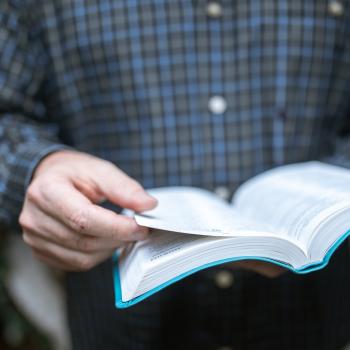 At The End Of The Day, Love Must...
Christians will spend their lives worshipping Jesus, talking about Jesus, praising Jesus,...
view all Progressive Christian blogs
What Are Your Thoughts?leave a comment