As Easter approaches in western Christendom, I find myself asking a very basic question of Christian faith. What is resurrection?

In Mark’s account of the end of Jesus’ life on earth, Jesus tells his disciples what will happen at the end. But it’s not the way we usually tell the story.

“You will all become deserters. … But after I am raised up, I will go before you to Galilee.”

It’s a strange little detail, isn’t it? Almost a random side note, as if Jesus loses his train of thought for a moment. Mark is the gospel that is least clear about what even happens at the end. The original ending, so far as we can piece it together, ends with a young man in white, a missing body, and silence and terror.

Can this little oddity about Galilee help us see what Mark thought Easter was about?

Rowan Williams suggests that the two things Jesus says here, bookending the rising itself, are connected. You will desert me, and I will meet you back in Galilee. For the disciples to meet the the one they’ve deserted is to come once again to their big moment of failure.

Moreover, it’s to meet this moment again at home, in their familiar lives. The suggestion here seems to be that the resurrection is something that will happen for them, that will be meaningful for them, only through this difficult encounter. Their Easter will take place in Galilee, as they walk through their familiar lives with the risen Christ, returning to their best and worst moments.

The habitually insightful C.S. Lewis captures something of what I’m getting at with the scene from The Lion, the Witch and the Wardrobe when Aslan takes Edmund aside to discuss his betrayal of his siblings and of Narnia. Maybe the resurrected life begins, for all of us, with a hard conversation with Jesus.

The passage from Mark has a bit more for us. That Greek word  for “go before you” has a connotation of leading or even lifting up, as for instance of a promotion or career advancement. In that sense it pairs nicely with the term here for “deserters,” which is also sometimes translated as “fall away” or stumble. You will fall, but after I rise, I will lift you up as well.

And, returning to William’s point, I will lift you up not despite your failings, but precisely as the one who fails and falls. The disciples go back to Galilee, where they first met him. They walk the sea where he called to them from their boats and tax booths. They get those moments back, in a sense. But they are not alone, because Jesus has gone ahead of them, and is prepared to resurrect the whole story.

My colleague Steven likes to ask a question in class or in meetings. “What’s trying to happen here?” It’s a brilliant intervention because it tends to get us out of our own way, and get us thinking together again about our common project. It also strikes me as a question emerging from a deep faith. Beyond what you or I are aiming at, something is emerging. This moment wants to be something. It’s as if he’s reminding us that God’s calling isn’t just something that gives shape to my life, but to time itself. God is inviting something to be born: do we have the wisdom, courage, and humility to be present at the birth? To invite the moment to do what it’s trying to do?

I have been contemplating the meaning of heaven in this column. In particular, I’m trying to put words to the notion of a God-shaped end of life that is less about the next life than it is about the fullest expression of this one. The theologically rich diagnostic question, “what’s trying to happen here?” gives me a new tool for that contemplation.

What if every moment is thick with God’s invitation to “happen?” Maybe sometimes we who are involved will miss it, or partially miss it. Often we’ll be culpable in this failing. Our egos or fears will get in the way. But other times forces beyond our control will ruin a moment. What is trying to happen in a moment that gets ripped apart by sickness, by betrayal, by tragic loss? By invading armies?

My faith won’t allow me to answer “nothing.” It won’t even allow me to say “survival,” at least as a final answer. Surviving is important only as a prerequisite to flourishing, and it’s the flourishing that I believe is trying to happen within God’s world.

The point is that whatever is trying to happen never fully happens, and sometimes misses entirely.

So perhaps that’s what resurrection is about. Each moment gets to be what it was trying to be, what God created it to be.

And then each of us gets to be like Edmund Pevensie, having a long and hard conversation with the risen Jesus. We go meet him in Galilee, which is to say in the familiar pathways and moments of our lives. And he re-invites, re-creates, each of those moments in and around us.

“What was trying to happen here?” I imagine the risen Jesus asking me. And then I imagine him saying, “What if the Spirit could breathe life back into that mortal moment?”

April 20, 2022 Is Holiness Human? Lessons from Bulgakov
Browse Our Archives
Related posts from The Diagonal Way 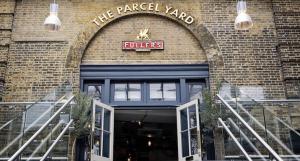 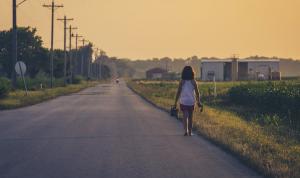 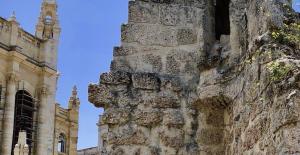 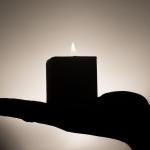