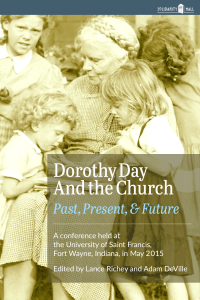 Dorothy Day and the Church
Past, Present, and Future

Summary: From the introduction by Lance Richey: “The University of Saint Francis and Our Sunday Visitor sponsored the conference ‘Dorothy Day and the Church: Past, Present and Future’ in Fort Wayne on May 13–15, 2015. In planning it, we kept in mind (not without some trepidation) Dorothy’s own complaint on academic conferences in her April 1966 On Pilgrimage column: ‘That is the trouble with such conferences. There are too many workshops, too many meetings, so many speakers, making the sessions too long.’ The enthusiastic response we received to our announcement threatened to make her warning only too prescient. More than 120 attendees, scholars and workers, gathered together to celebrate both her remarkable life and enduring legacy for the Church. This volume gathers together most of the papers and homilies given at this conference, offering a breadth and depth of material which will benefit both casual and scholarly readers, and both students and practitioners of her experiment in gospel living.” 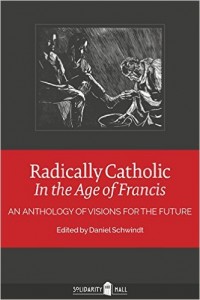