Jesus went back down to Capernaum, Galilee. He would teach there on the Sabbaths.

His Influential Preaching in Capernaum

People were impressed by his lessons because he spoke with such authority.

In the synagogue, there once was someone whose demons had made him amoral and he was yelling, “Hey! What is it with you and us, Jesus of Nazareth? Have you come to annihilate us? I know who you are–the Holy One of God!”

The Response of Jesus and Its Result

Jesus rebuked him, “Shut up! Get out of him!” Then the demon convulsed in front of them and left without doing any bodily harm.

What people thought of Jesus

They were all surprised, remarking to one another, “What is there about His Message? With such authoritative power he commands unclean spirits, and they leave.”

His reputation became widespread in the surrounding region. (Luke 4) [my understanding of the Gospel]

This incident presents the first active involvement with a flawed world once Jesus has preached his inaugural address about liberation. Jesus starts his ministry confronting what is wrong with the world. A messed up person, the Evangelist informs the reader, addresses and confronts this new preacher.

Jesus starts squarely in the Jewish tradition of obeying laws. He goes to the synagogue on the Sabbaths. With others Jesus discusses the Scriptures. We can feel certain he is offering his view about current fulfillment, liberation, and the start of a new era.

His baptism had marked an anointing – a commission from God for a responsible task. Behind him and staying with him, the time in the desert with its temptations had increased his compassion. Almost certainly, however, he is enthusiastically presenting a different view for discussion in the synagogue.

This different view corresponds with holiness – in His world, the very word “holy” means distinctive, different.

One View of the Confrontation

Probably, this individual confronts this newly “anointed” teacher, Jesus, about holiness. The evangelist specifies that the person had a “spirit of an unclean demon.”

This phrasing describes someone whose whole life is “befouled.” In that era, the words suggest recklessness about laws of cleanliness. It also suggests an attitude of possible contempt or indifference to the whole Jewish tradition.

Something is basically wrong, with this person’s outlook and behavior. Such a participant did not belong in the synagogue. They were unholy and unworthy. They objected to the difference Jesus was offering.

He understood real life was more about love more than obedience. Compassion was more important than ritual. Healing was more what God wanted than condemnation. These differences from the tradition and then-current understanding of Jewish culture, seemed to have been what this confrontation was all about.

Perhaps the individual felt that these newly-introduced views were not holy because they were so different. Jesus said salvation was now. Jesus said holiness was liberation not obedience. These views of Jesus contradicted this outspoken listener’s ideology.

The event contrasts this person’s “not right” attitude or spirit with “a rightness” of Jesus. The evangelist suggests that the person’s soul was obedient to a demon, rather than the good news Jesus was offering. Perhaps the person, however, felt that holiness lay in conforming to what religious leaders said to do. Jesus was contradicting that

Jesus liberates; and this person needed liberation. The liberation, in this case, involves the person’s “demon.” “(A demon” is the ancient word to describe the reality that deep-seated motivations affect human behavior.)

The opening message of Jesus emphasized liberation, healing, and a new era. Jesus will come to describe that new era habitually as the “now” kingdom of heaven.

Jesus came not to annihilate, nor destroy, anyone who had something wrong. He has come with healing and help, not condemnation and exclusion. And it happens now.

Perhaps, during this biblical discussion, the heart of this individual was broken open in response to that message. It dawned,perhaps, within this  person’s soul and heart that what Jesus said was true about God – that real faith liberates from self-imprisonment (demons), that healing of character is more important than healing a body, and that right now everyone has a choice!

This event offers a paradigm for the transformation of followers of Jesus. Each of us feels a certain comfort in the way we have always lived. Only slowly does a person come to realize how society befouls us. Holiness is embodied not just in the life and Spirit of Jesus, but in change that occurs in recognizing what that difference really is. It is not about externals.

Emphasis on externals corrupts you and me by multiple influences that tempt us to selfishness, anger, and the like. Many of us have been channeled into adulthood according to the self-centered ways of society. So many pursue money, security, self-interest instead of the ways of God. 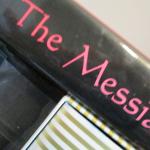 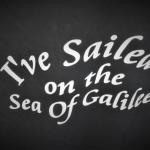 September 1, 2022 Freedom to Choose to Obey
Recent Comments
0 | Leave a Comment
Browse Our Archives
Related posts from The Following of Jesus and His Good News

Progressive Christian
You Can't Serve the Money-God, too
The Following of Jesus and His Good News 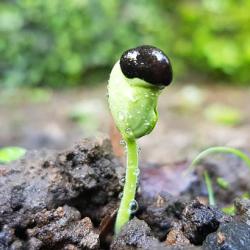