What Francis Won’t Say About the Environment Can Open Doors for Catholics January 12, 2015 Guest Contributor

Pundits Left and Right have been jockeying for position in anticipation of Pope Francis’ encyclical on the environment. This is quite amazing, considering that even the publication date has not yet been announced.

I do not know what he is going to say. Neither, dear reader, does anyone else whom you are likely to read. However, I can tell you two things that he will certainly NOT say. And those two unsaid things have the potential to speak volumes, if only we will listen.

I like birds. I like birdwatching. About 15 years ago, I tried joining the local chapter of the Audubon Society. I thought it would be fun. But I could not stand the constant left-wing political preening that dominated this particular local chapter. I have often felt sad about that. I might have had an enjoyable time and they might have learned something from having an outlier in their midst.

So, suppose that after the encyclical, a large contingent of pro-life Catholics started going to the meetings of their local Audubon Society or Sierra Club or Nature Conservancy. A bunch of us walk in and say, “We are here because we are good Catholics. Our Holy Father Francis told us we should protect the environment. We want to help with the local beach clean-up project or recycling project. I’ve brought three of my kids along to help. My pal here has brought four of his kids. Where do we start?”

The tenor of the room will change from the minute you walk through the door and open your mouth. It will be a lot harder for them to make certain snarky comments with a bunch of pro-life Catholics in the room. They might still think that having children, any children, is socially irresponsible. But they won’t be able to say it with you in the room. If they can’t say it with you in the room, they’re going to have a harder time saying it at all.

I realize that this will not be everyone’s cup of tea. That’s fine. I have no doubt at all that among the 77 million American Catholics, there are more than enough who could comfortably play this roll of constructive, but slightly mischievous, bridge-builder.

The current “packaged deals” of liberal and conservative political positions are not serving the interests of the Church very well. Our politicians seem totally uninterested exploring new coalitions and alliances. Never mind the politicos. Ordinary people can start doing unexpected things, showing up in unexpected places, and shaking things up.

This Holy Father keeps everyone confused. People are trying to claim the moral authority of the Papacy for their own particular projects. The jockeying is like a giant game of “Capture the Flag,” with Pope Francis being the prize. This situation has thrown a lot of traditional, pro-life Catholics off-balance.

Let’s draw an analogy with what happened after the release of Humanae Vitae, in 1968. In my opinion, the dissenters did an enormous disservice to the Church and to the world. They choose not to defend the prophetic voice of Pope Paul VI, who accurately predicted that the widespread promotion of contraception would cause great damage. They looked for every possible loophole they could find to undermine his teaching. Instead of placing the most generous interpretation on his words, they asked themselves, “What is the least that an ordinary Catholic has to do to stay in the good graces of the Church.”

Knowing that no analogy is perfect, we can ask ourselves, what is the analogue with our current situation? We might very well find things in the Holy Father’s words about the environment that we don’t like, or that we think will not stand the test of time. We could spend all our time and energy focused on those points, explaining why we have every right to disagree. And it is certainly conceivable that there will be points where loyal but critical engagement is appropriate.

But even if that proves to be the case, we would serve the Church and the world better by a different emphasis. We should enthusiastically embrace every part of the document that we decently can. By doing so, our actions and words can shift the focus of the discussion and the debate. If the Pope gives us an opening, we should take it.

Yes, he may very well get the climate change science wrong. Frankly, I hope he doesn’t say too much about science, because scientific evidence changes all the time.

But I am quite sure he won’t be advocating forced abortions or mass sterilizations or any of the other human rights atrocities that have been foisted upon the world using the environmental movement for cover.

We really do need to have an honest discussion about how to care for the world’s poor without eliminating poor people. The United Nations Population Fund has been foisting birth control and abortion onto poor countries for years, with the complicity and cooperation of US taxpayers.

Pope Francis could be just the guy to put a stop to that. And we, the unabashed, unashamed pro-life Catholics, can help him.

Jennifer Roback Morse, Ph.D. is Founder and President of the Ruth Institute. She was named one of the Catholic Stars of 2013, by Our Sunday Visitor magazine, on a list which included both living popes. 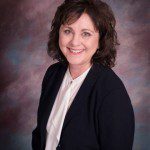 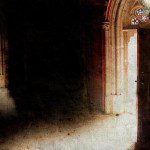 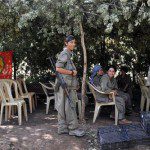 January 13, 2015 Western Volunteers Support the Kurds via The Lions of Rojava
Browse Our Archives
get the latest updates from
The Font
and the Patheos
Catholic
Channel
POPULAR AT PATHEOS Catholic
1