Our Lady of the Heights: Commemorating the Tulsa Race Massacre

On the eve of June the 1st in 1921, a massacre erupted in the Greenwood District of Tulsa, Oklahoma. Known nationally as “Black Wall Street,” Greenwood was the economic, social, and cultural center of a thriving Black community that spanned the northern reaches of downtown “Boomtown.” Black schools, churches, and affluent neighborhoods bloomed around Greenwood nurtured by a vast array of Black-owned businesses, the shops, banks, theaters, restaurants, bars, and social centers that were the lifeblood of this vibrant, flourishing community. It was an international marvel and a fitting testimony of Black ingenuity, resilience, and socio-economic prowess. It was also a lightning rod and a source of jealousy and indignation for the many white supremacists that called Tulsa home.

Racial tensions ran especially high that hot, dry summer. The winds of change and progress added to the fire danger in a city on the verge of combustion. All that was needed was a single spark that could be fanned into flame. That spark was struck on Memorial Day weekend when a young black man was falsely accused of assaulting a young white woman. Rumors spread like wildfire. Crowds called for his lynching. Unrest grew exponentially. White men were deputized and sent on patrol. Eventually gunfire erupted. Within an hour white mobs descended on Greenwood. Black men, women, and children were gunned down in the streets as they fled. Homes and shops were looted by opportunistic white citizens while “crop dusters” firebombed black homes, churches, schools, and businesses from the sky. When the smoke cleared days later, hundreds were dead, thousands were left homeless, and an entire black community was all but annihilated in what has been described as the single worst incidence of racial violence in American history.

The Parish Church of St. Jerome turned to their faith tradition for guidance and inspiration. Catholics have a uniquely spiritual and communal way of remembering through their sacred calendar and in the holy sacrifice of the mass. Through what may be understood as the inspiration of the Holy Spirit a new memorial was born. It was decided. The feast of Our Lady of the Heights would be celebrated every year on June 1st as a perpetual commemoration of the Tulsa Race Massacre. The faithful of St. Jerome’s prayed fervently that this memorial feast would become an intentional way of turning their minds and hearts to all those murdered for the color of their skin.

The inaugural feast of Our Lady of the Heights was celebrated in great
solemnity on the centennial of the Tulsa Race Massacre. An image of the Black Madonna and Child was carried in procession and venerated with incense. The parish choir inspired those gathered with songs of justice and resistance. The Rt. Rev. Dr. Rick Hollingsworth, founding pastor of the parish, blessed a new statue of Our Lady on the eastern steps facing Greenwood. The Rev. Gary Russell, Pastor of Greater Mt. Pilgrim Baptist Church in Oklahoma City, brought a word of edification and challenge to the congregation. The faithful gathered as one human family around Christ’s table and begged Our Lady of the Heights to lead all of God’s children to racial justice and reconciliation by her prophetic example and through her powerful intercession. They prayed:

“Grant, merciful God, that as we venerate the Blessed Virgin Mary as Our Lady of the Heights, we may be inspired by her prophetic example and powerful intercession to work tirelessly for that day when racism and bigotry will be cast down and racial reconciliation and justice will be exalted, when violence and oppression will be crushed beneath holy feet and peace and solidarity will reign in this city and in every time and place forevermore.

Our Lady of the Heights, intercede for the precious victims of the Tulsa Race Massacre and for all those murdered for the color of their skin, that they may rest in peace and rise in power in that glorious city where Christ reigns eternally as the Prince of Peace with God the Father of All Humanity and the Spirit that ever calls us to resurrection life in that kingdom that has no end.

The Parish Church of St. Jerome invites all Christians to join them in observing the Feast of Our Lady of the Heights on June 1st in the hopes that this memorial feast will inspire all the faithful to build a Church that incarnates the beautiful diversity inherent in God’s multi-faceted creation. For only when we come to terms with our broken pasts can we embrace the shared future God has for us. Only when we embrace one another without bias and qualification can we work together to build “God’s kingdom on earth as it is in heaven.”

May the powerful intercession and prophetic example of Our Lady of the Heights guide us on that way and toward that day.

The Rev. Joshua Shawnee is the Pastor of the Parish Church of St. Jerome, an inclusive and egalitarian Intentional Eucharistic Community rooted in the Old Catholic tradition. Fr. Josh is also the Vicar General of the Society of Mercy. 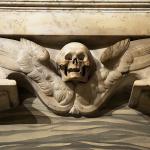 February 18, 2022
Browse Our Archives
Related posts from The Font

Catholic
Choosing to Live a Virtuous Life
The Font