Not much of a believer – a world exclusive interview with Ophelia Benson May 16, 2008 David McKeegan

OPHELIA Benson, columnist for Free Inquiry and the Freethinker, as well as co-author of The Dictionary of Fashionable Nonsense, Why Truth Matters, and Does God Hate Women? is perhaps best known for the website Butterflies and Wheels, where since 2003 she has taken delight in verbally scourging, flaying, and generally humiliating any relativist or religionist unfortunate enough to catch her eye. Thousands of devoted readers log on every day to watch her dispatch her latest deserving victim with her trademark combination of humour, erudition, and cool, clear reason.

Although Ophelia is located about 6,000 miles away from Freethinker HQ, we contrived through the miracle of electronic communications to ask her a few questions, which she graciously answered. Here is the result of our exchange:
The Freethinker: B&W’s tagline is “Fighting fashionable nonsense”, a reference to the anti-science, relativist thinking prevalent in academia and a certain section of the left. But half the website – and more than half of the blog – is concerned with the idiocies and contradictions of organised religion. Is this a deliberate shift of focus? Or are the two targets closely related?
Ophelia Benson: It’s not exactly a deliberate shift of focus in the sense of having been decided in advance; it was more of an evolution. I think the two targets are closely related, in various ways – they both have a willful, chosen quality that interests me. Just getting things wrong is one thing, but being deliberately credulous is another. It’s not always possible to know which is which, of course, but there are some obvious markers. Making a virtue of faith and a vice of reason is one; talking pityingly about the ‘reality-based community’ is kind of a give-away. I’m interested by people who in some sense ought to know better, deciding to believe things for no very good reason and then making careers out of defending these not very well-warranted beliefs. In that sense popes and postmodernists have a lot in common.

May 15, 2008
Channel 4 completely vindicated over its â€˜preachers of hate' documentary
Next Post 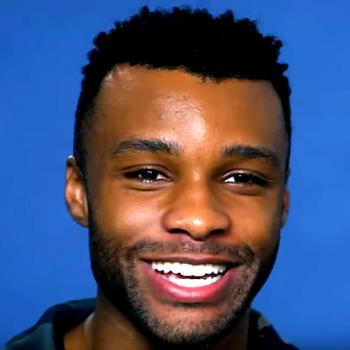 Nonreligious
US Christian group furious over exploration of Bible...
The Freethinker

Nonreligious
The standards of the day
The Freethinker