Coming soon: part one of 'The Cartoon History of Humanism'

Coming soon: part one of 'The Cartoon History of Humanism' April 19, 2016 Guest Contributor

When Dale Debakscy, above, made his first contribution to the Freethinker a couple of years back, I jumped with joy.
Here was one humanist with an encyclopaedic grasp of humanism’s philosophical and ethical roots from the ancient Greeks onward, also with a fresh, informed and thoughtful take on current affairs.
Most important of all, he gets straight to the point and actually has one. If only some celebrity atheists could do the same some time. Well … any time actually.

While his Freethinker work was the first I saw, Dale seems one busy bunny, whose writing also regularly features in Philosophy Now, American Atheist and Skeptical Enquirer. Elsewhere, The Cartoon History of Humanism began as a regular comic series on TheHumanist.com, published by the American Humanist Association.
AHA also has a publishing arm, Humanist Press, and so a concept, road-tested online which has found popular approval, goes into print.
Yay!
The back story/slim excuse for The Cartoon History of Humanism – Volume One: From Antiquity to Enlightenment – is that, as a child, Dave, the protagonist, once got lippy with a logical positivist (I know, who wouldn’t?) and is now cursed to wander through time and space conversing with humanist philosophers until he learns his lesson. We don’t know what that lesson is, but if he still hasn’t learned it after all the fascinating material in this book then it must be a toughie.
Anyway, I doubt Dave cares, and we certainly shouldn’t when we can pick up so much knowledge while laughing so hard. I swear, my family banished me to another room for cackling out loud so much while supposedly reviewing this gem.

Online, Dave hops backward and forward at random like a Time Lord whose Tardis has an iffy sat nav. In print, his adventures run to 32 chronological episodes. Oh, plus a Christmas special featuring Loki. Confused? You won’t be when you read it, and you certainly should.
The episodic format is a four plate cartoon encounter, followed by one or two pages of serious information. Dave encounters the thinkers you would expect (Epicurus, Cicero, Bruno, Erasmus, Spinoza, Hume, Voltaire, Diderot …), but also others I, for one, readily admit never to have heard of.
Try, for example, Grazida Lizier, a French peasant girl who in 1320 got caught up in Catholicism’s purge against the Cathars, and whose inquisitorial statement calmly trashes the idea that any sexual act between two adults who derive pleasure from it can be a sin.
Then there is Isabelle d’Este, Renaissance era Italian Marchioness, patron of Leonardo, Raphael and Titian, whose uber-Machiavellian diplomacy kept Mantua, its people and her collection of antiquities intact while even Rome was being sacked.
In any bog standard tome covering this much serious academic ground you’d expect a massive bibliography to conclude the book. Instead, each episode ends with a few helpful hints for further reading.

This, plus the chatty style and self-contained nature of each “chapter”, means that rather than needing to start on page one and plough through to the end you can just dip into it at random. If one chapter doesn’t appeal, flick on to the next and come back another day. And I suspect most will, eventually, because the book just grows on you.
Usually, “coffee table book” is an insult, but you really might leave this lying about if, say, you have a guest waiting while you finish cooking a meal or tarting yourself up for a night out.
Out of curiosity, I lent it to my 14-year-old daughter and her mates for a day to see what they made of it. Some material was way above their heads, but they were so intrigued that the only way I could get it back was a promise to donate it to their school library. I suspect that, in years to come, it will leave the shelves far more frequently than, say, The Young Atheist’s Handbook and similar worthy tomes donated by well-meaning humanist groups.
If this is Volume One, I can’t wait until Volume Two comes out. And when it does, I plan to donate that to the school library, and maybe my town library too, even if I have to pay full price for both copies. For a reviewer of Scots ancestry, that is about as close to “five stars, buy a copy or die trying” as it gets.
• The Cartoon History of Humanism is due out on August 23, 2016.

April 20, 2016 Mass hysteria breaks out at 'haunted' Malaysian schools
Recent Comments
1 Comment | Leave a Comment
Browse Our Archives
get the latest from
Nonreligious
Sign up for our newsletter
POPULAR AT PATHEOS Nonreligious
1 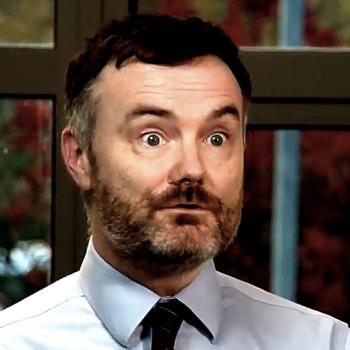 Nonreligious
Oh my, 'hostile-to-religion Humanists' are set to hijack...
The Freethinker 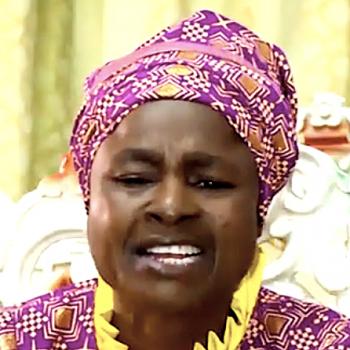 Nonreligious
A witch hunter, a humanist and a $52-million...
The Freethinker 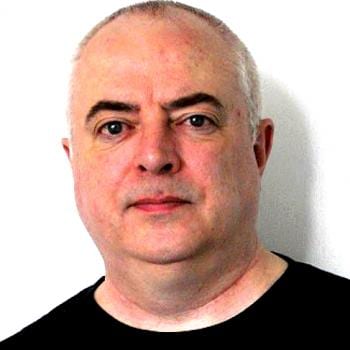 Nonreligious
Atheist limerick contest: we have a winner!
The Freethinker
TRENDING AT PATHEOS Nonreligious