I was surprised to read in a recent issue of the Freethinker that its founder pledged to ‘wage war against Superstition in general’.

I had assumed that it was only concerned with the “Christian Superstition” and its contents had not led me to think otherwise. Recently I gave a talk with the above title and most of my time is occupied dealing with one superstition or another.
The word “superstition” comes from the Latin superstitio, itself deriving from superstare (to stand over). This may originate from the fact that those who survived a conflict “stood over” their opponents in amazement at what they thought fate has accomplished.

Therefore their amazement became a superstition and any amazement, any belief in the operation of fate, became a superstition. Modern definitions range from credulity regarding the supernatural (sic) to a widely-held but unjustified idea of the effects or nature of something. My own definition is that a superstition is a belief justified neither by reason nor experience. This contrasts with my definition of science: “a set of beliefs that are justified by reason and experience”.
Of course religion is the most widespread and pervasive kind of superstition, but here I want to examine other kinds. Man has always been superstitious and in ancient times all beliefs were superstitious ones. These ideas were crude attempts to make sense of the world and to ensure survival. Some of the ancient superstitions survive in modern customs. For instance, the wearing of a wedding ring on the third finger, excluding thumb, of the left hand derives from the belief that that finger was connected by a nerve or vein to the heart, thought to be the seat of the emotions.
The period of Christmas and New Year is littered with the remnants of ancient superstitions concerning the return of the sun, the woodland gods and how to bring good fortune in the coming year (eg first footing).
The belief that it is unlucky to light three cigarettes from one match is particularly interesting. This derives, not from the First World War, when it was believed that by the third cigarette an enemy sniper had time to aim and fire at the light, but from a more ancient belief that it was unlucky to light three candles with a single taper.
The launching of ships with a bottle is a remnant of a blood sacrifice to propitiate the gods of the deep; later ritualised using red wine.
Surveys have shown which are the world’s most popular good and bad luck superstitions. The four most popular good luck superstitions are as follows:
Touching wood. People say and/or do this after a boast or forecast which was originally regarded as tempting fate or the gods in whose hands fate was thought to lie. For rural peoples the gods inhabited trees and so to touch certain trees was to calm or placate the gods. Eventually any wood stood for the living trees and later still it was enough to say ‘touch wood’.
Wishing on a star. Since the sky was regarded as the abode of (some) gods, it was believed that stars were gods (or heroes or human souls). It is believed that good luck may be obtained by wishing when you see the first evening star, which of course might actually be a planet. The superstitious recite the following verse:

Star light, star bright
First star I see tonight
I wish I may. I wish I might [variations on this line]
Have the wish I thought.

It is also thought to be unlucky to point to a star (or the Moon) or to count the visible stars. A falling star (meteor) is thought to foretell a birth or the release of a soul from purgatory.
Finding a four-leaf clover. This must derive the rarity of such plants. Some believe that it was the only plant Eve was allowed to bring out of The Garden of Eden. Each year about one million four-leaf clovers are sold in Britain alone.
The horseshoe. The origin of this superstition is uncertain, but it may represent the arch of the heavens.


The four most popular bad luck superstitions are as follows:
Black cats. Except in Britain, where they are lucky, black cats are unlucky to have or to meet. Black represents the powers of darkness. In Yorkshire it is lucky to own a black cat but unlucky to meet one!
Breaking a mirror. Since it was believed that a person’s reflection is a soul, breaking a mirror damaged the soul, which would need seven years to recover. Many superstitions centre on reflections, whether in mirrors or in water, probably because a reflection was not understood.
Unlucky 13. The origin is uncertain, but it may be derived from a Norse legend in which twelve gods were joined by a thirteenth. It is unlikely to have originated from the Last Supper.
Walking under a ladder. This is regarded as unlucky, not because something might fall on your head, but because the ladder, wall and ground formed a triangle, the symbol of the Trinity (in Christianity) or because the ladder represented that which led up to the gallows. In the former case, God might be angry and, in the latter case, one placed oneself where the condemned hung. The bad luck acquired by walking under a ladder could be counteracted by crossing the fingers until a dog (etc) was seen, spitting three times through the rungs, or once over the left shoulder, spitting on your shoe or making the sign of the cross on the shoe.
While some ancient superstitions may disappear, new ones are always appearing. A recent survey of US university students shows that belief in reincarnation, black magic, astrology and ghosts has been joined by belief in aliens visiting the Earth in the distant past (building the Pyramids, etc), bigfoot (sasquatch), UFOs and the Loch Ness monster, the last two of which have been of special interest to me.
My book exposing the Loch Ness myth was published last year* and for years I have debunked and explained UFO reports. Other modern superstitions are belief in dowsing, ley lines and spontaneous human combustion.
With the growth and progress of science, superstitions have modernised themselves. A modern superstition masquerades as a science (really as a pseudoscience). Thus beliefs in telepathy, psychokinesis, etc. are now described as parapsychology and ghost hunters arm themselves with batteries of instruments.
Even the religious pretend that their beliefs are scientifically respectable and claim scientific evidence for their belief in the doctrine of creation. Because, in a scientific age superstitions are becoming more and more pseudoscientific, the teaching of sound science is more important than ever.
Superstitions are dangerous because they are based on the idea that the world is under the control of higher unseen powers and that, in some way, the future is already fixed. Science has found the key that unlocks the door of the universe, but superstition would block up the keyhole!
* The Loch Ness Monster: the Evidence. Aquarian Press £3.99 [superseded by subsequent editions, including one by Prometheus Press].
•  This is a slightly edited version of the original that was published in the Freethinker 107/2 (February 1987)

April 6, 2016 Mississippi gives green light to faith-based discrimination
Recent Comments
3 Comments | Leave a Comment
"I'm reading some sarcasm, but it's Patheos that instituted the nannybot for comments. If you ..."
persephone Lawsuit threatened after bigots were tossed ..."
""And then the disciples witnessed Lord Jesus turning water into wine......and his blood into grape ..."
Freethinker DIY Communion: demand for Jesus’ flesh ..."
"But the website is Patheos, and therein lies the problem. They have a long list ..."
barriejohn Lawsuit threatened after bigots were tossed ..."
"The Bible Belt has a higher rate of divorce, unwed pregnancies, teenage pregnancies, and STIs. ..."
persephone Gay-hating Texas MD and three pastors ..."
Browse Our Archives
Follow Us! 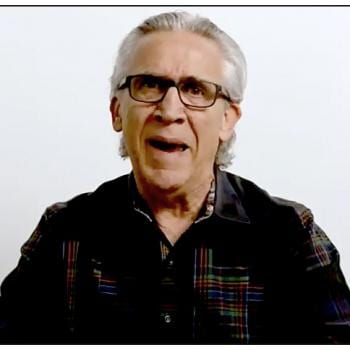 Nonreligious
Church enters unknown territory by calling for a...
The Freethinker 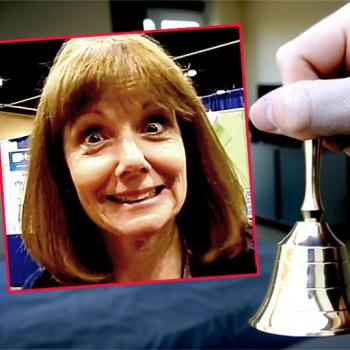 Nonreligious
'Knock it off!' Devil screams at priest who...
The Freethinker 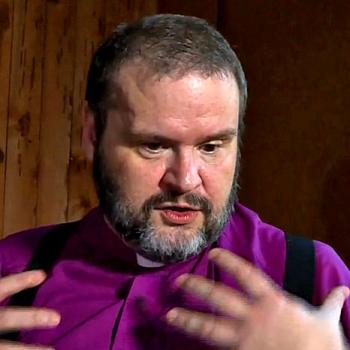 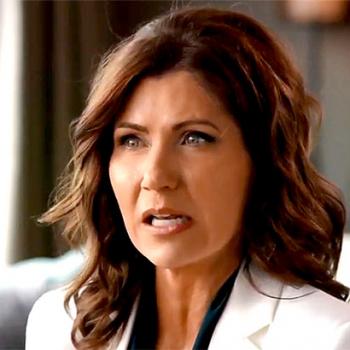