The war on thinking

It’s hard to decide what I hate most about Donald Trump, pictured above with UKIP’s Nigel Farage. The lying? The corruption? The bullying and insults? The ignorance coupled with grandiosity? The emptiness? The stupidity?
I don’t know; I can never decide. I hate most whichever item I’m currently contemplating. There’s so much to hate about him that it’s difficult to keep track of it all.
He is particularly an outrage to freethinkers and thinkers more generally – to people who see thinking carefully and self-critically as indispensable to acting responsibly. If there is anyone who needs to act responsibly, you would think, it’s a head of state, especially one who is – alas – Commander-in-chief of the world’s largest military, and an enormous stash of nuclear weapons.
There’s a glitch here. The men (most of them slaveholders) who drew up the US Constitution didn’t imagine that world’s largest military, let alone nuclear weapons, so they didn’t know they needed to build in safeguards against impulsive ignorant buffoons being put in charge of both. That’s a problem. At some point shortly after the election I was snarling about the total lack of qualifications for the job the winner had, and someone gently reminded me that the explicit qualifications are bare bones. They are in Article 2 of the Constitution:

It’s a real pity Madison didn’t read it over and then slap his brow and scribble an addition: “…and shall know more than a child of five and be able to utter a coherent sentence without prompting or artificial aids.” Something along those lines.
I’m kidding, because you can’t put stuff like that in constitutions. If you did it would just be another item like those vile “literacy tests” that prevented black people (but not white people) from voting in Southern states until the passage of the Voting Rights Act in 1965. But there ought to be something – some way of filtering out ignorant mindless tv “personalities” from being viable candidates for the job.
That was what the Electoral College was for, at the time, but that ended up being too undemocratic. I think most of us had some vague idea that Wiser Heads in the parties would just do their backroom deals and arm-twisting and other undemocratic meddling to weed out the hopelessly unqualified. I suppose we relied on that, without really noticing it. The election of Reagan was a jolt, the election of Bush Junior was a jolt…we should have expected the triumph of the clueless.
Well, we know what the drill is. It’s a populist revolt. It’s a “throw the bastards out and start all over,” and the way to do that is to pick someone even more grotesquely unqualified and unprepared than the last populist revolter (the one who went to Andover and Yale and was the son of a former president – that populist revolter). But how could we expect that that would mean a millionaire property tycoon? How can we get a handle on the fact that the only criterion for being a populist revolter is being pig-ignorant? How are we to understand that a guy whose penthouse overlooking Central Park is literally encrusted in gold is the new Man of the People?

I know how. It’s by realizing that it’s not money that makes people part of the Evil Elite, it’s thinking. It’s that intellectual, skeptical, critical, snooty brainiac crap that oppresses the people, while it’s the people who know nothing but how to cheat their workers and customers who are the true salt of the earth.
Trump settled a lawsuit against his “university” for $25 million dollars days after the election:

The complaints alleged that students were cheated out of thousands of dollars in tuition through deceptive claims about what they would learn and high-pressure sales tactics.

The students were not prosperous graduates of Harvard and Yale looking for an advanced degree in selling real estate, but people who can be more easily tricked into squandering their savings on a few seminars on marketing tips. But never mind that! Trump is a populist, and it’s those pesky thinking people who are the elite. The only way to restore power to the people is to make sure that ignorance is in power, and by god we succeeded at that in this recent election.
In other words, to drop the sarcasm for a moment, one reason Trump managed to get enough votes in enough states, despite being a nasty bully who cheats people out of their savings, is because there is a “populist” revolt against intellectualism. Trump is an enemy of thinking, and he’s popular not despite that but because of it.
For illustration, here is a bit of his conversation with reporters and editors from the New York Times on Tuesday, in response to a question about how he will deal with the conflicts of interest between his new job and his businesses:

People are starting to see, when they look at all these different jobs, like in India and other things, number one, a job like that builds great relationships with the people of India, so it’s all good. But I have to say, the partners come in, they’re very, very successful people. They come in, they’d say, they said, ‘Would it be possible to have a picture?’ Actually, my children are working on that job. So I can say to them, Arthur, ‘I don’t want to have a picture,’ or, I can take a picture. I mean, I think it’s wonderful to take a picture. I’m fine with a picture. But if it were up to some people, I would never, ever see my daughter Ivanka again. That would be like you never seeing your son again. That wouldn’t be good. That wouldn’t be good. But I’d never, ever see my daughter Ivanka.

Read it and weep. 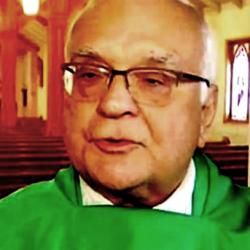 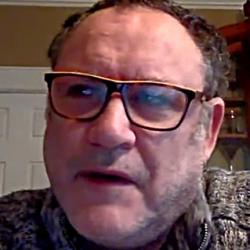 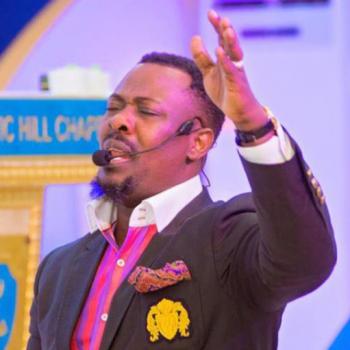