Is a fascist Christian theocracy REALLY the stuff of paranoia?

Is a fascist Christian theocracy REALLY the stuff of paranoia? June 23, 2017 Guest Contributor

When Hulu launched its highly-acclaimed dramatisation of Margaret Atwood’s 1985 novel The Handmaid’s Tale earlier this year, Barbara Kay, writing for The National Post, had this to say:

Atwood chose evangelical Christians as her villains, because their family structures are patriarchal. But patriarchy doesn’t necessarily imply misogyny. In fact, I found Atwood’s demonizing scenario rather hilarious. Pious Christians are the last people on earth to dream up a system in which the state has control over everyone’s sexual and reproductive lives …

My jaw dropped, not the least because, as chief court reporter for The Star in Johannesburg in the early 1970s, I covered numerous trials of people who had the misfortune to fall foul of the Immorality Act, devised by the Christian apartheid regime and gleefully supported by the Dutch Reformed Church to prevent “miscegenation” – sex across what was termed the “colour bar”.
The most infamous of these was the Excelsior trial of five prominent white Afrikaners and 14 black women. (Originally seven whites were arrested. Charges against one was dropped and another – a local councillor-cum-village-butcher – committed suicide.) A third, if I recall correctly, tried to blow his brains out, but succeeded only in blinding himself in one eye.

At the start of the trial I was in this dusty little Orange Free State dorp (population 700) – together with a posse of reporters from around the world – when, to the everyone’s amazement, charges against all the defendants were dropped.
Excelsior possessed just one public telephone booth – and there was a stampede by hacks to get it when the trial was abandoned. Being a fit 24-year-old at the time – and probably the youngest (and most sober) in the pack – I got to it first and breathlessly dictated a report which earned me the front page lead in The Star that day – and the biggest byline of my career.
This from Wikipedia:

The Immorality Act was the title of two acts of the Parliament of South Africa which prohibited, amongst other things, sexual relations between white people and people of other races. The first Immorality Act, of 1927, prohibited sex between whites and blacks, until amended in 1950 to prohibit sex between whites and all non-whites. The second Immorality Act, of 1957, continued this prohibition and also dealt with many other sex offences. The ban on interracial sex was lifted in 1985, but certain sections of the 1957 act dealing with prostitution remain in force as the “Sexual Offences Act, 1957”.

One could be jailed for up to seven years for inter-racial sex acts.

Yeah, right!
Inevitably, one of the first to fall foul of the Act was a Dutch Reformed Church cleric.

At Barkly East in the Cape, the dominee was caught in the act in his garage built by his parishioners next to his house.
Although he was given only a suspended sentence, his irate parishioners bulldozed the offending garage to the ground.
Over the next few decades, thousands of people were charged under the Act, after being caught by police who seemed to spend inordinate parts of their working day hiding in trees with binoculars trained on bedroom windows of suspects, and testing sheets for evidence that two people were sharing a bed.

This prompted a University of Natal staff member to pen a humorous poem about the wayward priest.
Meanwhile, the Excelsior affair inspired Zakes Mda to write a novel called The Madonna of Excelsior (2002).

Back to The Handmaid’s Tale

I have not seen any of the episodes of the Hulu series, which are currently available in the UK via Channel 4, but last night I began re-watching my copy of the 1990 movie written by acclaimed British playwright Harold Pinter.

It features, among others, Robert Duvall, above, who plays “The Commander” – a state-approved rapist with a bloody great Bible – and Faye Dunaway. The film, with its absence of black actors, remains true to Attwood’s portrayal of the Republic of Gilead as being a white Christian supremacist state, but the new series, as the header picture shows, does feature actors of colour.
The Christian site Movieguide uses one word to describe Volker Schlondorff’s film in the lead-in to its review: “Abhorrent”.
Then it unleashes a tirade:

The reviewer then veers completely off the subject to make this astonishing claim:

The proliferation of Christianity has always brought greater literacy to a culture, while humanism has decreased literacy.

Nearly one out of every five people in Finland is not a member of a religious organisation. The number of persons with no religious affiliation has doubled in two decades.

Iceland is the third most literate country. A 2016 poll shows that not a single Icelander aged 25 or under believes that God created the world.
Among other countries with the highest literacy rates are Norway, Denmark, Sweden and the Netherlands – all of which have very low levels of religious beliefs, according to a 2009 Gallup Poll.
Oh,  and the least religious countries are also the happiest.
Movieguide’s mendacity doesn’t stop there:

True Christianity has been known throughout history for its care and compassion for all races and religions, while socialism produced the holocaust in Germany and the Gulag and purges in the Soviet Union.
Christianity values individuality because God created and loves each individual, while humanism has always sought conformity. Christianity has always stressed stewardship over all creation, while humanism has spawned genetic engineering, death camps and the murder of innocents.

I actually love Movieguide. I’ve lost track of the number of truly brilliant movies I have seen after reading reviews on the site. If Movieguide says “abhorrent” you can be assured that it’s well worth watching. One that immediately springs to mind is Captain Fantastic, described by the site as:

Very strong humanist, Anti-American, anti-capitalist, socialist worldview with very strong attacks (including at least one foul-mouthed attack) on ‘organized religion’ and belief in God and one on Christians making them out to be the worst of the worst.

It’s nothing short of … fantastic.

June 23, 2017
Victory for woman who sued El Al over gender segregation
Next Post 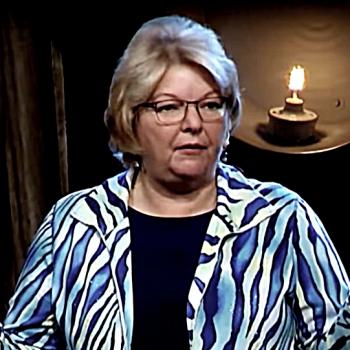