Don’t get too excited

Big excitement – we’re told that Saudi Arabia has decided to let women drive. Did you ever hear the like? Next we’ll be told they can actually leave the house without a male guardian.
Or at least, we’re told that women will be allowed to get driver’s licences, which of course is not quite the same thing. The Guardian headline says Saudi Arabia to allow women to obtain driving licences, and the subhead says:

King Salman ordered the reform in a royal decree delivered on Tuesday night, requesting that drivers licences be issued to women who wanted them.

A drivers licence is not at all the same thing as being free to drive in a country that has a habit of arresting and punishing women for driving.
But the Guardian goes on to quote the Saudi ambassador implying that the whole arrest and punishment custom will be a thing of the past.

King Salman ordered the reform in a royal decree delivered on Tuesday night, requesting that drivers licences be issued to women who wanted them.

Following the decree, women will no longer need permission from a legal guardian to get a licence and will not need a guardian in the car when they drive, said the new Saudi ambassador to Washington DC, Prince Khalid bin Salman bin Abdulaziz.

That sounds like “and will be free to drive without harassment from the religious police or the ordinary police or anyone else” – but who knows.

Asked by reporters if Saudi Arabia planned to relax the guardianship laws, or take any other steps to expand women’s rights, Salman would not comment.

Which I think we can assume means “No.”

The obligatory Saudi cleric of course popped up to say no no, this must not be, women are too stupid to be allowed to drive.

In a video this week, [Saad al-] Hijri asked what the traffic department would do it if it discovered a man with only half a brain. “Would it give him a licence or not? It would not. So how can it give it to a woman when she has only half?” he said.

“If she goes to the market she loses another half. What is left? A quarter … We demand the traffic department check because she is not suitable to drive and she has only a quarter.”

He was just having his little joke, but he was banned from preaching as a result.
It’s a step, then, but a very small step in a country that is extraordinarily harsh toward women. I find it hard to feel very elated that women can drive when they can’t leave the country or work or get medical treatment without permission from a male “guardian” – who may be their own son if an older male relative is unavailable.
Meanwhile, also today, Human Rights Watch issued a report on hate speech in Saudi Arabia.

The 62-page report, “‘They Are Not Our Brothers’: Hate Speech by Saudi Officials,” documents that Saudi Arabia has permitted government-appointed religious scholars and clerics to refer to religious minorities in derogatory terms or demonize them in official documents and religious rulings that influence government decision-making. In recent years, government clerics and others have used the internet and social media to demonize and incite hatred against Shia Muslims and others who do not conform to their views.

“Saudi Arabia has relentlessly promoted a reform narrative in recent years, yet it allows government-affiliated clerics and textbooks to openly demonize religious minorities such as Shia,” said Sarah Leah Whitson, Middle East director at Human Rights Watch. “This hate speech prolongs the systematic discrimination against the Shia minority and – at its worst – is employed by violent groups who attack them.”

Religious hatreds do tend to lead to violence … as do racial hatreds, ethnic and nationalist hatreds, gender hatreds, political hatreds – I could go on.

One member of Saudi Arabia’s Council of Senior Religious Scholars, the country’s highest religious body, responded in a public meeting to a question about Shia Muslims by stating that “they are not our brothers … rather they are brothers of Satan…”.

Such hate speech may have fatal consequences when armed groups such as the Islamic State, also known as ISIS, or Al-Qaeda use it to justify targeting Shia civilians. Since mid-2015, ISIS has attacked six Shia mosques and religious buildings in Saudi Arabia’s Eastern Province and Najran, killing more than 40 people. ISIS news releases claiming these attacks stated that the attackers were targeting “edifices of shirk,”(polytheism), and rafidha, terms used in Saudi religious education textbooks to target Shia.

Just as the Kouachi brothers shouted “Allahu akbar” after they slaughtered twelve people at the Charlie Hebdo offices in January 2015. There’s always a “reason” to slaughter people if enough hatred has been worked up, and religious hatred has that extra oomph that comes from thinking Daddy God has your back.
And Saudi Arabia still has no truck with freedom of speech and opinion.

Saudi Arabia has been, and seems determined to remain, a dungeon for those who want to practice free speech.

The latest evidence is a wide-ranging crackdown on influential clerics, activists, journalists and writers who have been jailed with hardly any public explanation.

A Sept. 12 statement by the government’s new security agency, set up in July by King Salman bin Abdul Aziz, hinted darkly that the arrests were caused by “foreign parties” that were trying to hurt “the security of the kingdom and its interests, methodology, capabilities and social peace in order to stir up sedition and prejudice national unity. They were neutralized.”

This vague language masks the fact that many of those arrested were relatively outspoken online, not secret agents plotting against the kingdom.

Raif Badawi is still in prison for creating a website called Free Saudi Liberals.
The right to drive is an important one in the modern world, no question, but it’s far short of a sign of genuine rights and freedoms blossoming in a new Saudi Arabia.

September 28, 2017 'God makes no mistakes' pair charged over baby's death
Recent Comments
4 Comments | Leave a Comment
"I'm not going to gloat at the hypocrisy of this. It is sad that a ..."
CVP Pastor who led substance abuse services ..."
"When did being a religious zealot make anyone a moral person?"
David Cromie First ever cult Supreme Court Justice ..."
"I suspect that the probable, and perhaps main, reason for the Great Orange Maggot nominating ..."
David Cromie First ever cult Supreme Court Justice ..."
"These 40 days nuts protest a PP near where I live. I often stop and ..."
Boreal US anti-abortion fanatics are now targeting ..."
Browse Our Archives
get the latest from
The Freethinker
Sign up for our newsletter
POPULAR AT PATHEOS Nonreligious
1 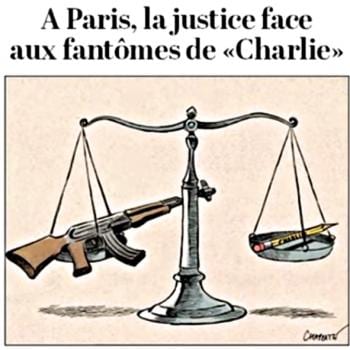 Nonreligious
First Islamic terror trial ever to be filmed...
The Freethinker 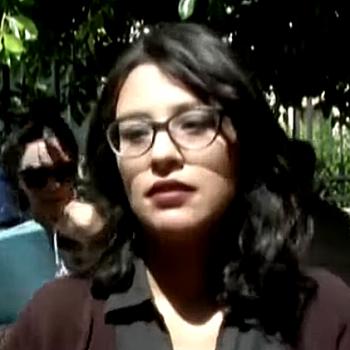 The Presidential Debates - What the Heck Did...
Screen cap from Jill Rodrigues Instagram page. Dear Jill, how on earth...

I Need Women!
Stop it! I know what you’re thinking! What do I need women...
view all Nonreligious blogs
What Are Your Thoughts?leave a comment
Copyright 2008-2020, Patheos. All rights reserved.