The Council of Ex-Muslims of Britain’s (CEMB) presence at London’s Pride event last year was viewed as intentionally provocative and subversive and to that charge I would say, well yes!

We will not silently sit back and allow these abuses to carry on. We will continue to battle on, on every front – and that’s why will again be marching this coming Saturday, July 7, at London Pride 2018.

CEMB marched at Pride last year because there are still 14 Islamic states that punish homosexuality with death, 15 if you count the Islamic State group.

Afghanistan
Afghanistan is an Islamic republic which criminalises homosexuality. Article 398 – offers lesser punishment for vigilante honour killings, which may involve a family member discovering their spouse or kin engaging in homosexuality.
Brunei
Sunni Islam is the official religion of Brunei. The country passed a law in 2014, stating the homosexuals should be punished by stoning to death.
Iran
Twelver Shia Islam is the official state religion of Iran today. Articles 108 to 113 of the Penal Code states, “sodomy can in certain circumstances be a crime for which both partners can be punished by death.”
Islamic State (IS)
In August of 2015, the UN Security Council reported that ISIS had claimed to have executed at least 30 people for “sodomy”.

Iraq
Homophobic murders are committed by non-state actors or vigilantes groups.
Mauritania
Article 308 Penal Code states, “Any adult Muslim man who commits an impudent or unnatural act with an individual of his sex will face the penalty of death by public stoning”.
Sudan
Article 148 C of the Penal Code states, “where the offender is convicted for the third time (of sodomy), he shall be punished, with death, or with life imprisonment”.
Northern Nigeria
Much of the northern parts of Nigeria have adopted Sharia. In the 12 states of Nigeria that have imposed sharia, the punishment for homosexuality is (a) caning of one hundred lashes if unmarried, and shall also be liable to imprisonment for the term of one year; or (b) if married with stoning to death.
Yemen
Article 264 of the national penal code prohibits private consensual homosexual acts between adult men. The stipulated punishment in the law for unmarried men is 100 lashes and up to a year in prison and married men convicted of homosexuality are to be put to death.
Saudi Arabia
The legal system of Saudi Arabia has consisted of royal decrees and the legal opinions of Islamic judges and clerics, and is not based on legal codes and written laws. In 1928, the Saudi judicial board advised Islamic judges to look for guidance in two books by the Hanbalite jurist Mar?? ibn Y?suf al-Karm? al-Maqdis?. It was decided that Homosexuality is to be treated like fornication, and must be punished in the same manner. If the “adulterer”, meaning someone who has had legal intercourse, is married, they must be stoned to death, while a free bachelor must be punished with 100 lashes and banished for a year.
Qatar
Homosexuals are punished to death by stoning.
Somalia
Article 410 of the Somali Penal Code, sentences for homosexual acts, usually coming in the form of police surveillance to prevent “re-offending”. LGBT executions are legal.
Pakistan
As part of the Islamicisation of Pakistan, the Hudood Ordinances were enacted in 1977, stipulating severe punishments for same-sex sexual acts, the amendments included whipping of up to 100 lashes and death by stoning.
United Arab Emirates

Islam is the official state religion of the UAE. Article 354 of the Federal Penal Code states, “Whoever commits sodomy with a male shall be punished by death”.
Chechnya

• Sadia Hameed, pictured above at Pride 2017,  is a multi-award-winning spokesperson for the Council of Ex-Muslims of Britain (CEMB). Sadia was the winner of the Iranian and Kurdish Women’s Rights Organisation’s (IKWRO) Activist of the Year award and Lift Effect’s Star Award in 2017 for her work campaigning against honour-based violence and all forms of harmful traditional practices.

Sadia has worked in the women’s sector, with a specialist focus on the issues faced by black and minority ethnic women for the last ten years, prior to joining CEMB. Determined to end harmful traditional practices and in the struggle for equality for all, Sadia not only challenges community members, but also those from outside the community who remain silent about harmful traditional and religious practices, in the name of respecting cultural or religious ideals that are truly damaging to the most vulnerable within those communities.

July 5, 2018 Catholic priest tells mourners 'get the hell out of my church'
Recent Comments
7 Comments | Leave a Comment
Browse Our Archives
Follow Us! 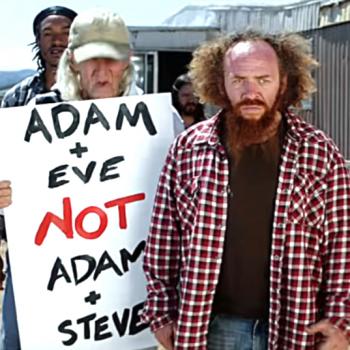 Nonreligious
Singer who filmed an 'anti-Christian' video is to...
The Freethinker 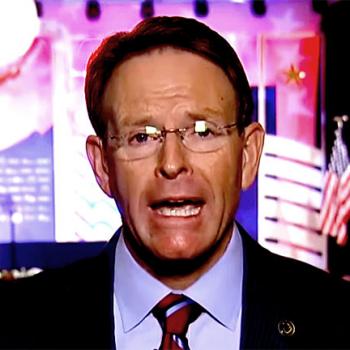 Nonreligious
US bigot misrepresents Zambia's row with US over...
The Freethinker
TRENDING AT PATHEOS Nonreligious