Let’s take a look at Gwyneth Paltrow and Goop (her company) and ‘wellness’. What is wellness, you may ask? You’d think it would be just the obverse of sickness, but apparently it’s much more than that … much more and much less, because a lot of it is about pretend-remedies for non-existent conditions and fantasy solutions to incoherent ineffable problems? Yearnings? Self-indulgent mood swings?
Paltrow and Goop are on the radar again because the New York Times magazine just did a long feature on them. Goop started out as just a humble little newsletter sent out by a famous movie star.
The newsletter was at first kind of mainstream New Age-forward. It had some kooky stuff in it, but nothing totally outrageous. It was concerned with basic wellness causes, like detoxes and cleanses and meditation.

It wasn’t until 2014 that it began to resemble the thing it is now, a wellspring of both totally legitimate wellness tips and completely bonkers magical thinking: advice from psychotherapists and advice from doctors about how much Vitamin D to take (answer: a lot! Too much!) and vitamins for sale and body brushing and dieting and the afterlife and crystals and I swear to God something called Psychic Vampire Repellent, which is a “sprayable elixir” that uses “gem healing” to something something “bad vibes.”

Goop sells the stuff it talks about, and it puts on conference-type things where punters can buy … more Goop stuff. Last year it started issuing a quarterly magazine, at first in partnership with Condé Nast. The partnership didn’t last, though, because a real publishing company has standards about things like using a magazine to sell product directly, and untested fact-claims about those products. Paltrow couldn’t be doing with that.

Goop wanted Goop magazine to be like the Goop website in another way: to allow the Goop family of doctors and healers to go unchallenged in their recommendations via the kinds of Q. and A.s published, and that just didn’t pass Condé Nast standards. Those standards require traditional backup for scientific claims, like double-blind, peer-reviewed studies. The stories Loehnen, now Goop’s chief content officer, wanted to publish had to be quickly replaced at the last minute by packages like the one on “clean” getaways.

G.P. didn’t understand the problem. “We’re never making statements,” she said. Meaning, they’re never asserting anything like a fact. They’re just asking unconventional sources some interesting questions. (Loehnen told me, “We’re just asking questions.”) But what is “making a statement”? Some would argue — her former partners at Condé Nast, for sure — that it is giving an unfiltered platform to quackery or witchery.

Actually quite a few people have argued that, and continue to argue it.

These questions had been plaguing Goop for a while — not just what is a fact, or how important is a fact, but also what exactly is Goop allowed to be suggesting? In 2016, a division of the Council of Better Business Bureaus began an inquiry into Goop for deceptive marketing claims about the life-optimizing powers of Moon Juice products, which appeared on the Goop site as a key ingredient in a smoothie that G.P. drank every morning.

They stopped making the claims, but they retain the mindset. A watchdog group sent a letter pointing out a bunch of dubious claims last year, Goop tweaked some of its claims but only slightly, and the watchdog group reported them to the district attorney’s offices in two California counties.

A gynecologist and obstetrician in San Francisco named Jen Gunter, who also writes a column on reproductive health for The Times, has criticized Goop in about 30 blog posts on her website since 2015.

I’m a big fan of Jen Gunter’s and I’ve been following her criticisms of Paltrow and Goop – not least because they’re funny as well as incisive. She went to a GOOP Health event in New York in January and reported what she found there.

The event hall was filled with beauty treatments sold as wellness as if a scent or facial cupping could do anything except make you smell or swell. There were B12 injections from an anesthesiologist who looked like an understudy for the show The Doctors. He is apparently both an osteopathic and a medical doctor. Yes, he went to medical school twice. We asked. I watched him give an injection without gloves. Gloves are not required for injections, but it grossed me out although not as much as the long line of women waiting to pull down their yoga pants and receive a vitamin shot without giving a history or having a physical exam. There was no fucking way I was getting an injection. I’ve read The Stepford Wives.

I have to be honest here: this kind of thing is intensely depressing if you’re a woman and a feminist. Jesus, people, use your brains – don’t believe all this expensive horseshit just because it’s a pretty blonde movie star telling you so.
Then again it’s also hilarious.

There was an intensely boring 15 minute meditation session where “binaural” music, which sounds like Dory from Finding Nemo speaking whale but played backwards, helped everyone’s inner self travel to the center of the earth and back. Mine scrolled Twitter. I was thinking of that Scooby Doo Mystery Incorporated episode where music turns Velma and the gang into placid teen Zombies, but as dogs hear different frequencies Scooby remained clear-headed and was able to save the day. I wanted to stay alert and be everyone’s Scooby Doo.

Meanwhile back in the real world my friends at the Center for Inquiry are suing the US’s largest chain chemists, CVS, for selling homeopathic products alongside real medicines.

“Homeopathy is a total sham, and CVS knows it. Yet the company persists in deceiving its customers about the effectiveness of homeopathic products,” said Nicholas Little, CFI’s Vice President and General Counsel. “Homeopathics are shelved right alongside scientifically-proven medicines, under the same signs for cold and flu, pain relief, sleep aids, and so on.”

Let’s all stay alert and be everyone’s Scooby-Doo.

July 28, 2018
Cash bonanza for gay teen who refused to attend church
Next Post 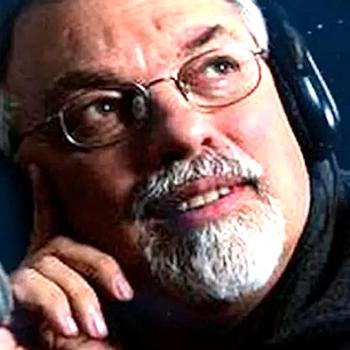 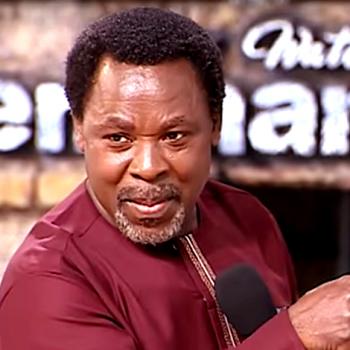 Nonreligious
'God has taken His servant.' Pray-away-the-gay' charlatan is...
The Freethinker