Hardly a week goes by without the media reporting on Christians being ‘persecuted’ by nasty secular organisations or institutions.

Latest of these reports concerns Bible study classes held at Evergreens, a Virginia-based retirement community, by an elderly couple – Kenneth and Liv Hauge – who were told in a notice issued earlier this year by the Community Realty Company that their classes:

Caused, and continues to cause, serious and substantial disturbances with other residents in the community.

The notice included allegations that the weekly study involved “operating an unauthorized business” and “interfering with other residents’ use of the community facilities”.

Landlord has received a series of complaints over the past several months regarding your conduct at the community. Landlord has also learned that you show religious films on Sunday evenings, followed by a group discussion on the religious film. This activity has resulted in complaints to Landlord similar to those related to the Bible study class.

The couple, faced with eviction if they refused to stop the classes, caved in and quit their silly and intrusive Christian posturing.

But now, with the aid of an outfit called First Liberty Institute – a bunch of professional shit-stirrers playing at being lawyers – they have lodged a “discrimination” complaint with the US Department of Housing and Urban Development.

CRC and Evergreens’ actions violate the Fair Housing Act and its accompanying regulations. The totality of CRC and Evergreens’ treatment of the Hauges, the notice, and the policy manifest both discriminatory intent and discriminatory impact relating to the Hauges’ continued rental of a dwelling and access to the common facilities related to it, thus violating the FHA’s prohibitions against religious discrimination in housing.

Lea Patterson, associate counsel for First Liberty, said in a statement released last Thursday that she considered the treatment of the Hauges to be “shameful.”

It is both shameful and illegal to threaten elderly residents with eviction simply for holding a Bible study. Treating residents unequally simply out of hostility to religion violates federal law and taints Virginia’s long history of religious freedom.

Hauge, a semi-retired Lutheran minister has lived at Evergreens with his wife since January 2017.

If they win their case the couple have vowed to restart their classes. 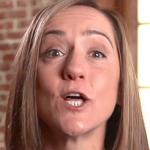 October 14, 2018
Christian author of 'Unashamed' has a lot to be ashamed about
Next Post 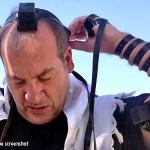