Boy molested by priest told to ‘seek forgiveness’ – for being abused!

Former Catholic priest David Poulson, 64, this week pleaded guilty to sex crimes involving children and could face a lengthy period in prison when he is sentenced.

Poulson, who had been a priest in the Diocese of Erie in Pennsylvania for four decades, pleaded guilty to corruption of minors and endangering the welfare of children – third-degree felonies ― on Wednesday in Jefferson County Court of Common Pleas.

Paulson’s victims were eight and 15 years old when authorities say he began abusing them between 2002 and 2010.

Pennsylvania Attorney General Josh Shapiro said at a press conference that Poulson assaulted one of the boys more than 20 times in church rectories, forcing the child to give him confessionals about the abuse to “seek forgiveness for being sexually assaulted”.

Poulson is one of hundreds of so-called “predator priests” accused of rampant child abuse in the state.

Today, Poulson is being held accountable and facing justice for his crimes. We will most certainly be seeking jail time for Father Poulson.

Very saddened by every aspect of this situation. Many hearts have been broken, particularly those of the victims and their loved ones. As we did in the Poulson prosecution, we will continue to bring all reports of sexual misconduct with minors to the immediate attention of law enforcement, and fully cooperate with them during their investigation.

Poulson was among the 301 priests named in a recent Pennsylvania Grand Jury report that detailed rampant sexual abuse that was ignored and covered up by the Catholic Church.

The Diocese of Erie had known for six years that Poulson was a sexual predator, but they did not report him to authorities until September 2016 when a subpoena was presented by a grand jury, the Attorney General said.

Jim VanSickle, who attended a high school where Poulson taught in northern Pennsylvania, has spoken out previously about the priest sexually abusing him. He attended Wednesday’s press conference with Shapiro, even though his assault claim is beyond the current statute of limitations, which prevents him from seeking legal justice against Poulson.

Two of Poulson’s victims received justice today, but because of outdated statute of limitations laws in Pennsylvania, other victims may never have their day in court.

He called upon the Pennsylvania Senate to eliminate the criminal statute of limitations for sexually abusing children and create a “civil window” so that older victims can seek justice.

The time of protecting powerful institutions over vulnerable children is over. The Senate has a clear choice to make: It can stand with victims and survivors of sexual abuse and vote yes on these reforms. Or, it can stand with the Church and its lobbyists and fail to act.

Meanwhile it’s reported here that Washington’s Attorney General, Karl Racine, announced on Tuesday that his office will open an investigation into sexual abuse by Catholic clergy in the local archdiocese. 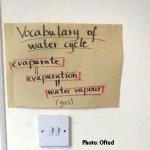 October 25, 2018
Illegal Muslim school prosecuted in a landmark trial in London
Next Post 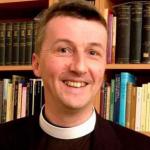 October 26, 2018 Vicar abused teen who wanted to deepen her faith in Christianity
Recent Comments
4 Comments | Leave a Comment
"Costelloe claims that the 'church can and must also take whatever steps are necessary to ..."
David Cromie ‘Church has changed’ says archbishop after ..."
"I expect the 'holy father' had in mind members of the Roman church, such as ..."
David Cromie Pope Francis: Better to live as ..."
"It hardly matters how you slice and dice it, the fact remains that the man-god ..."
David Cromie Superhero Jesus comic branded ‘blasphemous’ by ..."
"???"
David Cromie Superhero Jesus comic branded ‘blasphemous’ by ..."
Browse Our Archives
get the latest from
Nonreligious
Sign up for our newsletter
POPULAR AT PATHEOS Nonreligious
1