Godless Danes are to about get their ears filled with ‘Christian culture’ October 13, 2018 Barry Duke

Eighty percent of Danes say religion is not important to them, yet their government – in a perverse move – has decided that public broadcaster Danish Radio must start emphasising the ‘foundational role of Christianity in Danish society.’

Has the government gone mad, wanting to ape – or even surpass –the torrents of religious programming pumped out by the BBC?

The notion that Danes need more Christianity, according to this report, has oozed out of the Danish Ministry of Culture. It recently issued Danish Radio its official government contract for 2018-2023, which contains new guidelines. These include proposals such as:

Danish Radio “must strengthen its offer regarding cultural, democratic and historical values in Danish society, including a clear dissemination of Danish culture and the Danish cultural heritage. It must be clear in DR’s programmes and platforms that our society is based on people’s rule and rooted in Christianity.

Reporting on the Danish development, Dr Campbell Campbell-Jack, a retired Scottish Presbyterian minister, said the new contract has also conspicuously dropped the previous contract’s emphasis on multicultural “integration”, a decision which has angered Left-wing Danes such as the Socialist People’s Party.

Responsible for this change of emphasis from “integration” to “Christian heritage” was the conservative populist Danish People’s Party, (Dansk Folkeparti, DF), the second-most popular party in the country. The DF have been remarkably successful in shaping public policy. 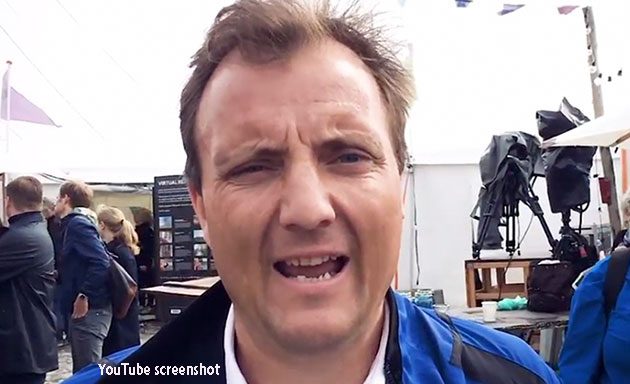 Their spokesman Mortin Marinus (above) told Politiken, ‘This is a tightening-up we have had put in relative to the previous wording, which only obliged DR to particularly recognise Christian cultural legacy. We felt that was too weak. That’s why we demanded this specification, which makes it clear that DR must present Christian cultural heritage to a greater degree …”

Campbell-Jack is clearly delighted with this retreat from “radical secularism, globalism and feminism” which have characterised Nordic countries:

Religion, of any kind, is not merely a personal and private conviction, it has immense cultural significance. Culture inevitably arises from an ultimate ideal; without that ideal there is no coherence and the culture will cease to exist. In Europe that ultimate cultural foundation is Christianity.

Muslims can worship as they wish in Denmark, and practise their traditions as they wish, with few exceptions such as FGM. They must do so, however, as Danish citizens. To be Danish citizens they must understand and respect the identifiers which make up Danish culture. To do this they must get to grips with and appreciate, without necessarily accepting personally, that those identifiers are Christian.

At the heart of this, as elsewhere throughout Europe, is Christianity. This is happening elsewhere in Europe, particularly in the ex-Soviet countries. People are realising that multicultural globalism has the deliberate effect of erasing nations. The fightback begins, not with politics alone, but with the recovery of the culture. 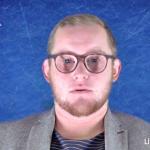 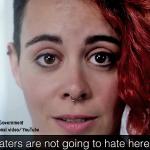 October 14, 2018 Scottish anti-hate campaign slammed for 'fanning religious hatred'
Recent Comments
35 Comments | Leave a Comment
"I got a cringe-worthy comment on FB from a catholic about clergy abuse. He used ..."
Jennny Abuse survivor who helped topple Cardinal ..."
"'Only' 4% is a huge number if you consider how many Catholic priests there are ..."
Gwen Pryce Abuse survivor who helped topple Cardinal ..."
">Possibly giving an adolescent boy Teh Gay is seen as being as serious as murdering ..."
Gwen Pryce Runaway sex offender surfaces as a ..."
"I'm confused about something: the story makes it sound like 'Reverend' is part of what ..."
Gwen Pryce Runaway sex offender surfaces as a ..."
Browse Our Archives
get the latest updates from
The Freethinker
and the Patheos
Nonreligious
Channel
POPULAR AT PATHEOS Nonreligious
1