Vicar abused teen who wanted to deepen her faith in Christianity

When a ‘vulnerable’ teenage girl in Lancashire, UK, developed an interest in the church and expressed the wish to deepen her faith and interest in Christianity, she soon became the victim of sexual abuse.

Her abuser was a married Church of England vicar – Simon Marsh, 59 – who is now looking for an alternative vocation.

March was sacked from his role of vicar of St Michael and All Angels Church in Bramhall, Stockport, after a hearing of the Bishop’s disciplinary tribunal for the Diocese of Chester found that:

Increasingly he used force, anger and pressure, physical, emotional, and even theological, to compel her to submit to his increasing sexual demands and gratification. He attempted to justify his demands by telling her it was fine with God that he had sexual relations with her.

He has now been removed from office and prohibited from exercising any ministerial functions as a member of Church of England clergy for life. It was the most serious penalty the Anglican church could impose.

On one occasion, the tribunal found, he got angry after she spilt coffee and “insisted” she perform a sex act on him. On another he “forced her” into having sex sex, saying:

It would only happen once because God couldn’t approve of more.

Marsh was arrested on suspicion of rape and sexual assault in 2014, but no charges were brought after the Crown Prosecution Service ruled there was insufficient evidence.

The burden of proof at the tribunal, brought by the Archdeacon of Macclesfield, was to a civil standard and the case against him was found proved in full.

The determination and ruling are published here.

The tribunal heard that Marsh and the girl met in 2009. Aged under-16 at the time, she was “looking for emotional and proper parental support” after what was described as an “unhappy, dysfunctional family life”.

She became interested in the church and in deepening her faith and interest in Christianity.

Marsh offered her support and she “shared her problems” with him as a friend. He also helped her to baptism and confirmation. But by 2010 the relationship had “deepened” and he warned her “to keep their meetings secret”.

But further sexual intimacy, the panel found, happened “often against her will” and the relationship became:

Increasingly coercive, aggressive and controlling by him, resulting in her ending it.

Marsh made “emphatic denials of any sexual misconduct” at the hearing. But in its judgement, the tribunal said he “seemed to us to be in total denial as to the events in issue, maintaining they had never happened”, with members saying they found him to be:

A deeply controlling man. He sought to justify to her (and to us) his relationship with her as one on proper theological or priestly grounds, variously explaining it as a father/daughter like relationship, a close friend and colleague type relationship. Frankly, in our judgement, we found him a deeply unsatisfactory witness.

She was not, we find, fabricating the allegations against him, nor was she fantasising, nor did she strike us at all as the dishonest, or manipulative and revengeful woman implied.

In a statement issued afterwards the Bishop of Chester, the Rt Rev Dr Peter Forster, said he was:

Greatly saddened that a member of the clergy should so misuse his position and abuse a vulnerable young woman. I apologise unreservedly to her on behalf of the church, and we will continue to offer pastoral support to her.

This is a sad and inexcusable tale of the abuse of trust and power by a priest of the Church of England. We will do all that we can to minimize the likelihood of the recurrence of such abuse. 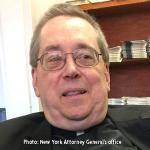 October 25, 2018
Boy molested by priest told to 'seek forgiveness' – for being abused!
Next Post 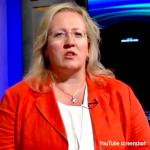 October 26, 2018 Prophet Mohammed cannot be called a paedophile says ECHR
Recent Comments
5 Comments | Leave a Comment
"Costelloe claims that the 'church can and must also take whatever steps are necessary to ..."
David Cromie ‘Church has changed’ says archbishop after ..."
"I expect the 'holy father' had in mind members of the Roman church, such as ..."
David Cromie Pope Francis: Better to live as ..."
"It hardly matters how you slice and dice it, the fact remains that the man-god ..."
David Cromie Superhero Jesus comic branded ‘blasphemous’ by ..."
"???"
David Cromie Superhero Jesus comic branded ‘blasphemous’ by ..."
Browse Our Archives
get the latest from
Nonreligious
Sign up for our newsletter
POPULAR AT PATHEOS Nonreligious
1