A total of 57 Roman Catholic priests are to be named as ‘credibly accused’ abusers of minors by the Archdiocese of New Orleans.

All of the priests are either deceased or have been removed from the ministry,  according to Archbishop Gregory Aymond who said in a pastoral letter:

For our sins of the past, we ask for your forgiveness and the mercy of God. Our sin is public and it calls us as church leaders to repentance in order that our church can experience renewal.

The names have been turned over to the New Orleans District Attorney’s Office and will be made available to any other district attorney in the area. The New Orleans DA issued a statement on Friday morning saying it is willing to take part in investigations as needed.

In an interview on Friday, Aymond said the names of the accused clergy members will be published on the archdiocese website. If any additional clergy members are deemed credibly accused, their names will be made public and added to the list, he said.

The archbishop said a team of more than 10 legal professionals and archdiocese staff members reviewed the files of 2,432 priests who served in the archdiocese since 1950. Of those, the review identified 57 who were included in the report. Some of the reported offenses occurred as far back as the early part of the 1900s although they were not reported by victims and logged by the archdiocese until the second half of the 20th century, archdiocese officials said.

Aymond said the archdiocese has done its best to make yesterday’s report “as accurate and complete as possible”. He invited those who wish to raise questions “about someone not on the list” to come forward.

Eight of those on the list are were assigned to Hope Haven, a church-run orphanage in Marrero. The archdiocese said it learned of allegations against the eight between 2006 and 2011.

Clergy abuse in the Catholic Church made headlines decades ago when New Orleans investigative reporter and author Jason Berry documented the wrongdoings of the Rev Gilbert Gauthe, a priest in the Diocese of Lafayette. In 1985, Gauthe was convicted of sexually abusing as many as 39 young children.

Gauthe, according to this report, took boys on camping trips and invited them for sleepovers in the rectory. He claimed to hold practices for altar boys every day at 6 am and encouraged parents to let their boys spend the night.

His sexual appetite was uncontrollable. He put bars on the windows of a rectory. He kept a gun by the side of his bed, and when children refused to submit he threatened to use it. At night, he raped the boys, forced them to perform sex acts on each other, and took photographs on his Polaroid camera.

Some will be surprised to see the name of a priest who served in your parish or who you personally knew very well. As you experience this disappointment, I raise you to the Lord and ask him to give you comfort and his peace.

The archbishop said he had hesitation in releasing the names because he wanted to make sure the list was complete and accurate. He said he was also concerned about releasing the names of deceased priests who are no longer around to defend themselves.

I brought this to prayer and it became very clear to me that this was the right thing to do. We have to be open, honest and transparent. It’s a sad day, but my sadness is for the victims and survivors who are still going on with their daily lives and experiencing a lot of pain. But I also have hope that this will help them heal. 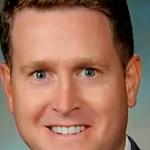 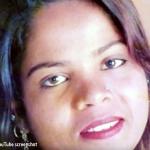 November 3, 2018 Asia Bibi's, acquitted of blasphemy, faces fresh ordeals
Recent Comments
8 Comments | Leave a Comment
"not only that, but they believe diseases are actually God's wrath, and not microorganisms"
Ilpalazzo // LV-420zymandias God ‘stronger than Covid-19’ – mosque ..."
"ah, Fanaticism."
Ilpalazzo // LV-420zymandias God ‘stronger than Covid-19’ – mosque ..."
"https://www.indymedia.org.u..."
barriejohn Christian cruelty exposed as pressure grows ..."
"Good riddance. A friend of mine, who lived in London, attended his "crusade" there in ..."
barriejohn Christian fraud Morris Cerullo is ‘alive ..."
Browse Our Archives
Follow Us!