A letter signed last week by a coalition of 22 Muslim, Christian, Jewish and secular groups calls for Trump’s acting Attorney General to step down over his stated belief that US judges should be Christians.

Signatories to the letter, organised by Muslim Advocates, a legal advocacy organisation,  argue that the views Matthew Whitaker expressed in 2014 were:

Clearly hostile to religious freedom, the Constitution, and the rule of law.

Whitaker, appearing on a panel of candidates for the Republican Senate nomination in Iowa –  a race that he lost – said that in evaluating nominees, he’d want to know: “Are they people of faith? Do they have a biblical view of justice? Which I think is very important.” He clarified later that by “biblical”, he specifically meant the Christian New Testament.

As long as they have that worldview, then they’ll be a good judge. And if they have a secular worldview …  then I’m going to be very concerned about how they judge.

Rabbi Jason Kimelman-Block, the Washington Director of Bend the Arc: Jewish Action, said that his group first heard about Whitaker’s comments through Muslim Advocates. He said they were “mortified” by the statements and strongly agreed that Whitaker should resign.

We signed this letter as a Jewish organization in solidarity with our Muslim and interfaith partners to show the diversity of religious voices who will not stand for this kind of discrimination in the name of religion in our government.

Rachel Laser, President of Americans United for Separation of Church and State, said in a statement that she believes Whitaker’s views, if put into action, would violate both the First Amendment and Article VI of the Constitution, which says that no government official should be subjected to a religious test.

The Attorney General of the United States is sworn to uphold the Constitution, but Whitaker clearly is not up to the task. As a Jewish woman, an attorney and an advocate for church-state separation, I cannot trust that Whitaker would protect our fundamental rights.

This administration continues to appoint people who seek to marginalize communities from the civic and political process. And Matthew Whitaker is simply one of many who wish to carry out this marginalizing agenda.

The signatories condemned the suggestion that a nominee should be subjected to a “litmus test of faith” to enter public service.

In the joint letter the signatories said:

By this standard, no atheist, Jew, Sikh, Muslim or member of any faith group other than Whitaker’s own is qualified to rule in American courts. That statement sounds absurd ― and it is.

Whitaker, a 49-year-old former prosecutor, had been chief of staff to Attorney General Jeff Sessions, whom Trump forced to resign on November 7. 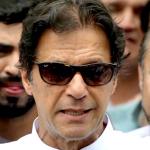 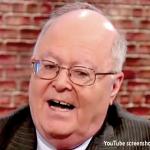