Newly-released government papers reveal that John Major, above, who succeeded the frightful Margaret Thatcher, considered ‘abrogating’ from the European Convention on Human Rights if it ruled against Britain in a case involving a film banned for ‘blasphemy’ – Visions of Ecstasy.

Nigel Wingrove’s controversial 18-minute film depicted Carmelite nun St Teresa’s sexual fantasies about Jesus on the cross, and it was banned by the British Board of Film Classification (BBFC), making it the first and only film to be banned in the UK for “blasphemy”.

Documents also revealed that Major was an admirer of the equally ghastly Mary Whitehouse, an evangelical Christian, who, as as President of the National Viewers’ and Listeners’ Association (NVLA) – later to become Mediawatch UK – came to be known as the nation’s “nanny” for her ceaseless war on “filthy” content in films, video, TV and radio.

When film director Wingrove applied to challenge the ban at the European Court of Human Rights (ECHR), arguing it breached his freedom of expression, Major described the state of affairs as “wholly unacceptable.”

I must make it clear that I would not tolerate a position which required the Government or the BBFC to grant a certificate to this film or to others of a similar type.

This is a matter on which I feel sufficiently strongly to be prepared to consider a derogation from the European Convention on Human Rights if that were to be necessary in the final analysis.
I must say I find the position in which we find ourselves wholly unacceptable.

In a reply, then Foreign Secretary Douglas Hurd warned about doing anything “likely to weaken the fabric of the convention”, adding that:

We cannot, in practice, derogate from it except in cases of war or threats to the life of the nation.

But in a surprise ruling, Britain’s blasphemy laws were backed by the ECHR when it threw out Wingate’s challenge two years later.

Visions of Ecstacy was finally given an 18-rated certificate in 2012 after the common law offence of blasphemous libel was abolished in England and Wales in 2008.

Major’s admiration for the Christian fussbudget Whitehouse also came to light in the government papers. When the morals campaigner retired from the NVLA, he wrote to her, saying:

Your campaign has played a crucial part in highlighting the widespread concern that we should not lower our standards of what is acceptable viewing on film, television and video; and you have been instrumental in warning of the perils if these standards fall.

You yourself are one of the best examples of how it is possible in a free country like Britain for a private citizen with energy, initiative and commitment to carve out a distinctive and valued niche in our national life.

One of Whitehouse’s most successful “accomplishments” was to bring a private prosecution against Gay News for publishing a “blasphemous” poem, The Love That Dares To Speak it’s Name.

Gay News, which published the poem in 1976, was found guilty, and fined £1,000. Its editor, Denis Lemon, was fined £500 and sentenced to nine months’ imprisonment suspended. It had been “touch and go”, said the judge, whether he would actually send Denis Lemon to jail. 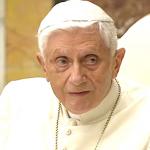 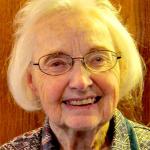 December 29, 2018 Veteran UK atheist Barbara Smoker, 95, publishes a memoir
Recent Comments
24 Comments | Leave a Comment
"Forget saving their sperm. It is inferior, just look at the donors. Best to cleanse ..."
wolfendenpackleader Roe v Wade opponent wants ‘vicious’ ..."
"How can you be so certain that your supposed 'god' actually exists?I have the likes ..."
Ameribear Italy sees a surge of people ..."
"Atheism is a belief system whether you wish to admit it or not.This is just ..."
Ameribear Mass hysteria: Church’s cultural diversity service ..."
"You scared of those icky old guns, Aunt Martha? Just because you're a craven coward ..."
Βernard Ηoffman ‘Santa, please bring ammo’ says lawmaker ..."
Browse Our Archives
get the latest updates from
The Freethinker
and the Patheos
Nonreligious
Channel
POPULAR AT PATHEOS Nonreligious
1