Op-ed: Santa is nothing but a sinister gateway to preposterous beliefs 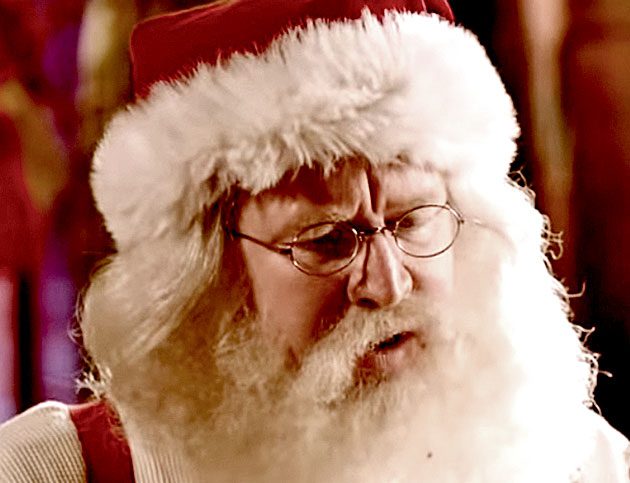 Donald Trump and his consort Melania of that ilk took part in a White House Christmas ‘tradition’ on December 24 by talking to children on the phone about ‘Santa Claus’. It has to do with another tradition, in which NORAD – the North American Aerospace Defense Command – claims to ‘track Santa Claus leaving the North Pole and delivering presents to children around the world.’

It’s impossible to tell this story without a surfeit of quotation marks, but I’m not about to say that NORAD actually does track Santa Claus leaving the North Pole, am I? We have here nested silly traditions in which adults pretend to believe in Santa Claus because it’s oh so cute to tell silly lies to small children.

So anyway, there’s this tradition in which President and Consort play along with this silliness while cameras record it, and out of nowhere Trump had his first recorded moment of rational skepticism – at a time and place in which the only possible response was to laugh. He chose this public moment to ask a seven-year-old child:

Are you still a believer in Santa? Because at seven it’s marginal, right?

Donald Trump, answering phone call from 7-year-old on Christmas Eve: "Are you still a believer in Santa? Because at seven it's marginal, right?" pic.twitter.com/VHexvFSbQ1

He’s not wrong, but it’s hilarious because it’s so thoroughly not what he’s supposed to be doing at that moment in that chair. But the reality is, he’s not wrong.

Why do we do this? Or rather why do they do this, because I personally don’t. Why do parents lie to their children about something they know will be revealed as a lie sooner rather than later? It annoyed me as a child, and it annoys me now.

Responses to this question are often along the lines of: why are you so literal, why so humorless, why so joyless, why such a scrooge? But that’s nonsense. It’s perfectly possible to appreciate fantasy without pretending it’s real. We do it any time we read a novel or see a movie or a television serial. We do it in play, we do it with children, we do it in daydreaming, we do it in a thousand ways, and it does not depend on believing the fantasy is literally true. Temporary suspension of disbelief, anyone? There’s no reason Santa can’t be just one more thing we pretend to believe in but don’t really, including the small children.

I have a feeling it’s all part of the god-conspiracy. Nobody is going to confuse the Easter Bunny with “God” but Santa Claus is another matter. That flowing beard? Very Jehovah, but cuted-up for the tinies.

If you get them young, and you train them in belief by telling them a silly lie year after year until their classmates start making fun of them, you’ve softened them up for belief in the much more serious, deep, spiritual version of the chubby guy in the red knitted outfit.

I remember making a theological argument to myself along exactly those lines when I was a child. It went: Santa seems like magic but Santa is real, so God must be too. I think I found it persuasive at the time, although not so persuasive that I can recall any actual, warm, emotional belief in the god-fella. I thought of “God” as distant and unpleasant, as opposed to cozy and goodies-dispensing like Mr Claus. Maybe that too is part of why the belief is promoted: SC is like a friendly bridge to the colder, more minatory patriarch-deity.

Then again, famous godbothering Mike Huckabee, above, father of mendacious press secretary Sarah Huckabee Sanders and former governor of Arkansas, doesn’t see it that way – or at least so he pretends when he’s defending Trump.

“What is wrong with people? It wasn’t like he was boiling the little girl’s bunny rabbit in a pot on the stove or something, I mean, he asked a simple question. You never can find a way that President Trump will make some of the people in the press happy. It doesn’t matter what he does. If he didn’t make the call, if he didn’t talk to the little girl, they would say he was curled up in a fetal position in the White House and was unwilling to come out and talk to anybody. I mean, the man can’t catch a break.”

He “asked a simple question”??! He asked a question about her faith. If it were anyone but Trump doing such a thing Huckabee would be outraged. Here he is talking about atheism on Facebook in 2013:

Atheism doesn’t have a prayer … We keep hearing that religious belief is a dusty relic of a bygone time, irrelevant to our modern age. Well, nobody told the rest of the world. The Center for the Study of Global Christianity in Massachusetts reports that we’re experiencing a worldwide boom in religious faith. One major reason is the death of Soviet communism and more freedom in China. Turns out once oppressive governments stop forcing citizens to say they’re atheists, belief in God skyrockets.

Belief. It’s not about observation or discovery, it’s just belief; an act of cognitive will. If it’s serious business when it comes to Mister God, why isn’t it serious business for Mister Claus?

One flippant answer is that Thomas Aquinas didn’t write seventy million words about Santa Claus. There are more serious answers, I suppose, though it always seems to me that they break into fragments when they crash into the fact that the god most people believe in has nothing to do with first causes or ontological arguments. Really it seems to be just a matter of custom. Santa is a fairy tale for children, God is the same thing but for children and adults. 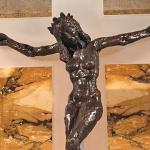 December 26, 2018
Nude female Christ in RE book aims to 'provoke thought, not outrage'
Next Post 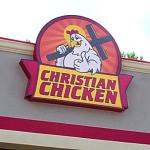