At the end of a trial believed to have cost him millions, the Vatican’s third most powerful official  – George Pell – was convicted yesterday (Tuesday) in Australia of all charges relating to the abuse of two choir boys in the late 1990s.

His trial was trial conducted under a gag order by the judge that prevented any details of the case being made public.

Pell, the Vatican’s finance chief and the highest Vatican official to ever go on trial for sex abuse, left Rome in June 2017 to stand trial in Melbourne.

As that trial was about to get underway in June, a judge placed a suppression order on all press coverage in Australia. Prosecutors applied for the order and it was granted to:

Prevent a real and substantial risk of prejudice to the proper administration of justice.

That trial, known as “the cathedral trial”, was declared a mistrial earlier this year after a hung jury. A retrial began immediately and ended this week with the unanimous verdict.

Mystery surrounds who is paying Pell’s legal tab, which is likely to run into the millions of dollars.

A source with knowledge of the case said:

It’s highly unlikely his defense is being paid for entirely by supporters or parishioners. His legal bills will be astronomical when it’s all over. If it is the Church, the costs will be very well hidden.

Steven Spaner, Australia coordinator from the Survivors Network of those Abused by Priests (SNAP), said:

The only person who would know for sure is George Pell, who is the treasurer.

Spaner also said he felt frustrated and left “in the dark” following the secrecy surrounding the trial.

It’s hard to know if there are any shenanigans going on – things the church did that are illegal themselves. There is always suspicion when you don’t know what is going on.

Pell now faces a second trial – known as “the swimmers trial”  – which is due to get underway early next year. This relates to allegations that Pell “sexually offended” two two boys in a swimming pool in Ballarat, Victoria in the 1970s.

In a book published last year, journalist Louise Milligan wrote that Pell was accused by two former choir boys of sexual abuse while he was archbishop of Melbourne in the 1990s. The boys sang in the choir at St Patrick’s cathedral and were allegedly abused by Pell in a room in the confines of the church.

Pell rose through the ranks of the church in Australia after being ordained as a priest in 1966 and then as a bishop in 1987. In 1996, Pope John Paul II appointed him archbishop of Melbourne. He was appointed archbishop of Sydney five years later and then tapped by Pope Francis in early 2014 to be Secretariat for the Economy at the Vatican.

The Australian website Broken Rites, which has investigated allegations of sex abuse against the church, published details of a complaint against Pell from an incident alleged to have occurred in the early 1960s. An investigator quoted the account of a boy at a Catholic youth camp who accused Pell, then a trainee priest, of touching his genitals.

Cardinal Pell has always denied the allegations, which were made in 2002 and investigated by retired Victorian Supreme Court judge Alec Southwell. The result of Southwell’s investigation was that the allegations could not be established and they do not form part of the criminal trials. 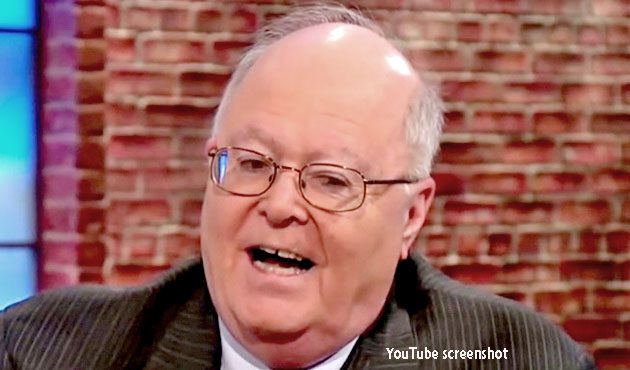 Meanwhile, Bill Donohue, above, of the Catholic League, has blasted two US newspapers for failing to report that another senior Australian Catholic, Archbishop Philip Wilson, was cleared earlier this month of covering up sexual abuse.

The newspapers he attacked were the New York Times and the Washington Post.

On July 31, 2018, the New York Times ran a 717-word story in the “A” section of the paper on the conviction of Australian Archbishop Philip Wilson; he was found guilty of covering up for sexual abuse by a priest.

On December 6, 2018, Wilson, the most senior cleric in the world ever to have been found guilty of covering up for sexual abuse, was exonerated. Judge Roy Ellis said that prosecutors failed to prove their case beyond a reasonable doubt.

Why didn’t the New York Times and the Washington Post tell their readers that Archbishop Wilson’s conviction was overturned? As a result, many still think he is guilty.
Perhaps you can ask the editors to explain themselves.

I’m now waiting to see what Dononhue has to say about Pell’s conviction. 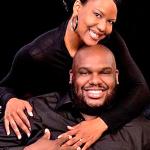 December 11, 2018
'Jesus would have bought American' says critic of pastor's Lamborghini
Next Post 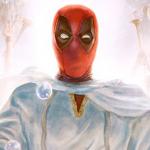 December 12, 2018 Deadpool 'Jesus' poster needs to be replaced, say Mormons
Recent Comments
205 Comments | Leave a Comment
Browse Our Archives
get the latest updates from
The Freethinker
and the Patheos
Nonreligious
Channel
POPULAR AT PATHEOS Nonreligious
1

The Tower of Babel, Immigration, and...
A Tippling Philosopher
Books by This Author Books by The Freethinker