The Pope wears white robes … and so does the Ku Klux Klan December 13, 2018 Barry Duke

This dude may seem harmless because he’s shuffling around in a white robe, but remember:  White robes are the official uniform of people with bad ideas,.

An obvious reference to the Klu Klux Klan (KKK).

For the record, Mainwaring is a gay man. The anti-gay marriage writer is married to a woman but is apparently celibate.

Hagel’s remarks were made on Late Night with Seth Meyers. She accused the Pope of being a homophobe for saying that gays should not be priests.

Observing that early in his papacy, the Pope had been dubbed by the secular press as  “Cool Pope”, Hagel pointed to a picture of the Pontiff and declared:

Here’s the thing: This guy’s not cool. This guy is homophobic. We should all care about this because the Pope is a world leader who is giving people permission to be prejudiced.

Hate speech is hate speech, and we need to call it out no matter where we see it.

Both gay and a Catholic.

Hagel blamed the church for the criticism she received from her family when she “came out,” saying:

They got that idea at church … the same Church that thinks it’s a good idea for 300 people to drink out of the same cup.

A communion chalice was then displayed and Hagel exclaimed “gross!” to the delight of her applauding audience.

I don’t suppose I can blame a gay person who rejects Catholic teaching for being ticked off at the Pope’s upholding it, though I can’t recall a late-night comedy show devoting three minutes to a monologue denouncing Francis for the way he’s handled the sex-abuse scandal.

This clip shows that the media loves Francis only insofar as he validates what secular liberals hold sacred. He was even celebrated as Person of the Year by a national gay magazine after his ‘Who am I to judge?’ comment.

I’m tired of the Catholic hate. Perhaps if you read the Catechism you would know what the church actually teaches. Also, I expect you to spew the same hate for Islam, Orthodoxy, Mormonism, Judaism for their views on homosexuality. It’s not Hate to have different morals.

Public condemnation of the Catholic Church is not new to Hagel. In 2017, in another Late Show with Seth Meyers episode, the comedian referred to the Vatican as a “gay sex club.” 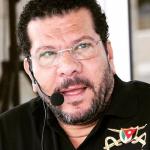 December 13, 2018
Turkish celebrity chef at the centre of a blasphemy row in Jordan
Next Post 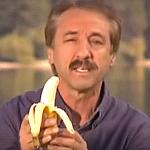 December 14, 2018 Terror will bring people closer to God, says Banana Man Ray Comfort
Recent Comments
5 Comments | Leave a Comment
Browse Our Archives
get the latest from
The Freethinker
Sign up for our newsletter
POPULAR AT PATHEOS Nonreligious
1