Methodist minister said ‘fuck off’ when quizzed about women priests

During a recorded telephone discussion about female priests robing members of the Methodist Young Men’s Guild – a mission organisation – Mehana, above, described the robing of men by females as “fondling”, referred to “big-breasted women” touching men’s chests, and told the questioner to “voetsek” – a “light-hearted” South African word for “fuck off”.

Mehana told his questioner – a church member called Raymond Sibanga – that men who had been ordained by a woman should be “recalled” in order for a man to “reaffirm” them.

I’m an African theologist. I don’t care whether you call it patriarchy, or you call it gender insensitive, or whatever rubbish you want to call it. There’s no man that has ever been fondled [ordained] by a woman. Voetsek! This should not be allowed in the church.

His comments outraged the South African Council of Churches, whose General Secretary Bishop Malusi Mpumlwana, above, said that Mehana’s views on women in the church were:

Misplaced. For him to disparage women ministers to the extent of referencing women’s breasts, is absolutely disgusting and must be condemned unequivocally.

The Methodist Church of Southern Africa said it:

Noted with dismay the blatant disrespect and portrayal of women who are characterised in a dismissive, humiliating and degrading caricature. The objectifying of the anatomy of women and its link to culture and religion is not only unacceptable, but also equally distasteful.

The ANC Women’s League also condemned the comments made by Mehana and urged the various companies on whose boards he sits to consider the “reputational risk”  of continuing to employ him. It urged that Mehana:

Be stripped of his responsibilities within the Methodist Church pending the outcomes of the internal processes.

Mehana was due to officiate at an ANC event on January 8, but has effectively told to “voetsek”.

A contrite Mehana has apologised for his remarks, saying:

In retrospect, the comments I made were derogatory and demeaning to all women in ministry. I regret making such utterances and respectfully retract them. He apologised particularly to the Rev Nompithizelo Sibhidla, whom he mentioned in his tirade

I am deeply sorry that her good name has been sullied undeservedly.

The audio was not randomly and intentionally sent to tarnish the name of Rev Mehana nor of female ministers of our church, but it was sent responding to a question on robing of YMG members. I profusely and unconditionally apologise. 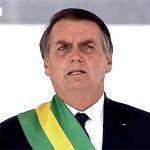 January 3, 2019
Trump is delighted that Brazil has a demented new President
Next Post 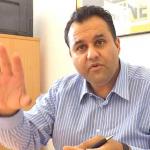 January 4, 2019 Muslim extremists force cancellation of mosque's Holocaust event
Recent Comments
7 Comments | Leave a Comment
Browse Our Archives
get the latest from
The Freethinker
Sign up for our newsletter
POPULAR AT PATHEOS Nonreligious
1