Prayers have no place in Parliament, say a number of UK MPs

FOR at least 450 years Anglican prayers have kicked off proceedings in Parliament, but a group of British MPs have decided the time has come to ditch this silly and arcane practice.

The MPs have moved a motion that says the prayers are incompatible with a society which respects the principle of freedom of, and from, religion.

The early day motion has been backed by the National Secular Society (NSS) at a time when church attendance in the United Kingdom has plummeted to new lows.

Religious worship is for individuals who choose it – not for nations or legislative bodies. Members of parliament are of course free to pray in their own time, but institutionalised prayer doesn’t belong in the legislative process.

Parliament should reflect the country as it is today. Ending this anachronism would be tangible example of the reform needed in the house and represent a positive step forwards for modernity, equality and freedom of conscience.

That this House recognises that religious worship should not play any part in the formal business of the House of Commons; believes that parliamentary meetings should be conducted in a manner equally welcoming to all attendees, irrespective of their personal beliefs; further believes that Parliamentary Prayers are not compatible with a society which respects the principle of freedom of and from religion; urges that prayers should not form part of the official business of Parliament; and calls on the Procedure Committee to consider alternative arrangements.

But at least one senior law-maker – Labour MP Keith Vaz – wants the nonsense to continue.

Line 1, leave out from ‘House’ to end and insert ‘recognises the importance of prayer to the work of Members, whatever their faith or beliefs; understands that prayers have been a central part of the work of this House since 1558, and that it has followed its present form since the reign of Charles II; commends the way in which the Speaker’s Chaplain leads prayers, which provide a time for reflection, perspective and calm ahead of the important work of the House; and recognises that Members are under no obligation to participate, should they object to such proceedings.

Whilst religious worship occupies a strong part in some people’s lives, it should no longer play a role in the way we conduct our political affairs as an independent, open and diverse nation.

Parliamentary prayers is one of many archaic Westminster procedures that is long overdue a rethink. The current system completely ignores that MPs, and society as a whole, come from all faiths and none.

Ironically, last year a Catholic Mass was conducted for the first time in the Scottish Parliament (Holyrood)  – and calls were then made to have this mumbo-jumbo held as a regular event. Archbishop Leo Cushley, above, of St Andrews & Edinburgh Archdiocese, celebrated the Mass. He said:

It is a great privilege to be officially invited to offer Holy Mass within the Scottish Parliament, the first such invitation since the parliament’s re-establishment 19 years ago. It is a generous gesture which seems to recognise that Catholics are valued participants in the civic life of contemporary Scotland, where we seek to work with others in advancing the common good.

Labour MSP Elaine Smith said that around 25 people attended the Mass with MSPs and staff from the parliament buildings. All the leaders of the Holyrood parties were invited –but not all pitched up. She added the Mass gained cross-party support with the exception of the Green Party. 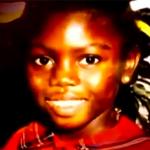 January 20, 2019
Faith-based child abuse on the rise in Plymouth in the UK
Next Post 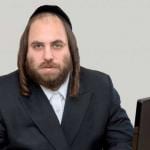