IN the latest twist to a probe into alleged sexual abuse of boys and young men by Archbishop Theodore McCarrick, Church Militant claims the Vatican has decided that an altar boy aged 16 had approached the priest in New York’s St Patrick’s Cathedral in 1972 to solicit sex.

Although the allegation of abuse by the former altar boy was found to be credible by the Archdiocese of New York, the Vatican disagrees.

Church Militant’s Michael Voris, above, said in a video report:

The Vatican is attempting to recast the molestation as somehow ‘consensual sex’.

Voris also pointed out that this echoes a notion promoted by Chicago Cardinal Blase Cupich at the United States Conference of Catholic Bishops (USCCB) meeting in November, that consensual homosexual sex involving priests with young men is somehow not all that egregious.

The Vatican’s apparent attempt to discredit and downplay the charges against McCarrick raises a “big red flag,” said Voris, who asserted:

The Vatican is more concerned with cover-up than the truth. Many are thinking that all of this is just one huge smoke screen.

Rome has no real concern about this issue, too easily adopts a ‘blame the victim approach,’ and is content to treat this scandal as just an ‘American thing’ that will be forgotten soon enough.

Referring to the New York investigation of the case by, among others, New York’s Cardinal Timothy Dolan, Voris said:

With Dolan’s original case against McCarrick apparently blown out of the water by Vatican investigators, Dolan needs to put together another  case and to it fast, and it would have to be air-tight

The former altar boy had testified that, in preparation for Christmas Mass at St Patrick’s Cathedral, McCarrick sexually abused him in the Cathedral’s sacristy and then again a year later in a lavatory.

James Grein, above, another man whom McCarrick had abused for 18 years, starting when Grein was just 11, is quoted in this report as saying:

The credible evidence has been dropped because the altar boy went to St Patrick’s Cathedral to solicit sex from McCarrick. He was 16 years old … he was a consensual adult. There was no crime.

Despite the fact that the US  views a 16-year-old as a minor, Canon law views a young person of that age as having reached the age of majority.

The Vatican has a statutory rape law which is violated when an individual has consensual sexual contact with a person under the age 18. The age of consent is 14 for girls and 16 for boys when the couple is married (they can consent to their spouse only). 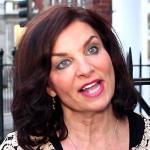 January 6, 2019
London hospital accused of anti-Christian bias for the second time
Next Post 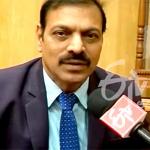