THE leader of a Yorkshire council that provides non-stunned halal meat products in its schools has slammed efforts to stop the practice.

Rejecting calls to end the policy of providing halal meat he said:

This debate has been generated deliberately on the back of creating divisions, hatred and putting communities against one another. I cannot commit myself or my cabinet to review this policy. The answer has to be no.

The announcement has disappointed the National Secular Society, which raised the issue of non-stunned meat in school last year. It said the council was:

Clr Pandor’s comments followed deputations both in support of serving non-stunned halal meat, and against.

The debate was prompted after more than 7,000 people signed an online petition calling for all meat served in the borough’s schools to be stunned before slaughter.

Petition organiser Aleks Lukic, above, said those signing the petition were “dismayed” that the council had chosen to pursue a policy:

That sponsors and normalises non-stun slaughter. He argued that scrapping the policy would mean “a significant improvement” for the welfare of animals slaughtered for school meals in Kirklees.

Reacting to the council’s admission that 17 schools in Kirklees do not provide a non-halal meat alternative he said children of non-Muslim families had been led into consuming products of non-stun slaughter:

Without their knowledge. The council has consistently failed to provide clear information to families on the type of meat being served [and] has tried to pass the blame onto the schools.

Conservative Group leader Clr David Hall (Liversedge and Gomersal) said a comprehensive review of food in all the borough’s schools was overdue. And he pointed out that several nations, including Belgium, Denmark, Switzerland, Sweden, Norway and Iceland have banned religious ritual slaughter on the grounds that:

It’s bitterly disappointing to see councillors in Kirklees, particularly the council’s leader, trying to silence debate over the supply of non-stun meat to schools in this way.

While anyone who uses this issue to stir up anti-Muslim prejudice should be condemned, the scientific consensus is clear that stunning animals before they are slaughtered is more humane than not doing so.

By supplying non-stun halal to dozens of schools Kirklees Council is normalising cruelty to animals. And its response to criticism of this appears to be to deflect attention by making blanket accusations against its critics.

These mendacious silencing tactics must be called out for what they are.

The council’s policy flies in the face of the fact that the majority of halal meat consumed by Muslims in the UK is from animals stunned prior to slaughter. Those who claim to be standing up for Muslims are in fact helping to stir social resentment and entrench reactionary views both among Muslims and against them. 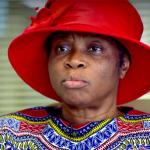 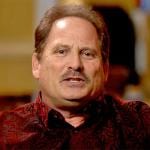