THE First and Second World Wars were halted after Kings George V and VI called for a National Days of Prayer, and God’s help is again needed to end the ‘paralysis’ the UK is experiencing over the looming catastrophe called Brexit.

That’s the view of Mark Banks, writing for the National Catholic Register. And he lamented the fact that Britain’s current monarch – Queen Elizabeth II – failed to mention prayer when she recently addressed the Women’s Institute.

She called for a ‘coming together to seek out the common ground’; however, as yet, there has been no reference or call to prayer.

Such is the present state of disarray and confusion in Westminster that many have said the current events represent the worst political crisis our nation has faced since the end of the Second World War. That is debatable. However, what is not debatable is the fact that when faced with significant national crises during both the First and Second World Wars, our leaders knew where to turn for solutions.

For it was on Aug. 4, 1918, the fourth anniversary of the declaration of war, that King George V called for a National Day of Prayer. One hundred days later, the First World War ended. And again, during the Second World War, when the British army was all but defeated and in desperate retreat to the northernmost coastal towns of France, King George VI called for a National Day of Prayer, to be held May 26, 1940, to commit the nation’s cause to God.

The resulting safe evacuation of some 338,000 soldiers was soon to be hailed as ‘the Miracle of Dunkirk’

But he did get one thing right:

Whatever side of the Brexit divide (leave or remain) one falls on, be they politicians, economists, journalists, businesspeople or simply plain ol’ members of the public — it is generally taken that such an exit [from the European Union] would be a ‘commercial catastrophe’, ‘monetary disaster’, ‘economic Armageddon’ or any other anxiety-inducing phrase to communicate the inevitable financial tragedy that will ensue. In this at least, opinion appears to be united.

But he then asserted:

As a Catholic looking in on this situation, I find what astounds most is the pompous and arrogant determination of our nation’s leaders – and it should be said, those of the European Union, also – to muddle through this intractable mess and seek to find solutions in one’s own strength, using one’s own knowledge, relying upon one’s own insights.

Despite nearly all of Britain’s postwar prime ministers being self-confessed Christians, it seems to still be the case, in the words of former Prime Minister Tony Blair’s communications strategist, Alastair Campbell, that ‘we don’t do God’ — at least not publicly or in any meaningful way, anyway.

This is all a great shame, for our politicians and the wider public alike, because little do they recognize that without recourse to the Lord’s wisdom and guidance, he ‘… brings the counsel of the nations to nothing; he frustrates the plans of the peoples’ (Psalm 33:10).

In this climate of national discord and disunity, how wonderful it would be, and what an opportunity presents itself to the bishops of our country, Catholic, Anglican and Orthodox alike — along with leaders from other Christian denominations — to show a united and harmonious front at a time of great need and to call for a National Day of Prayer. 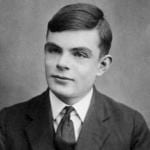 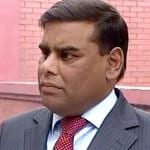