Op-ed: Vatican abuse summit was an exercise in arse-covering

BARRY Duke has pointed out the cowardice and uselessness of the Vatican’s latest bafflegab on priestly child rape, but it’s a subject that frankly requires a lot of hostile commentary, and I want to dig into the theology of it all.

The Holy See Press Office (yes really, that’s what it calls itself) has kindly provided us with a translation of Frank’s summing up – or as the press office described it, “his concluding address to the presidents of the Episcopal Conferences of the Catholic Church, the heads of the Oriental Catholic Churches, to the representatives of the Union of Superiors General, and the members of the Roman Curia and of the Council of Cardinals who participated in the meeting on ‘The Protection of Minors in the Church’, which took place in the Vatican from 21 to 24 February 2019.”

They don’t call him Frank though.

It all sounds so official and important, doesn’t it. It sounds legitimate. It’s meant to. Humans are so easily fooled and manipulated by that kind of thing – by the parade of titles and offices, the Roman Curias and Councils of Cardinals; we’re nudged into thinking it has some kind of genuine claim to our attention even if we’re not Catholics, even if we are skeptical or furious about the whole fraudulent thing.

So now that we’re properly cowed and humbled by the Procession of Ecclesiastical Nomenclature, let’s look at how Frank presents this worrying puzzle of how Mister God let all this rape of children by priests go on for decades and, it seems safe to assume, centuries.

As I thank the Lord who has accompanied us during these days, I would like to thank all of you for the ecclesial spirit and concrete commitment that you have so generously demonstrated.

Why didn’t the Lord whisper in their ears, or stir their consciences to do the whispering, that it’s not right for grown men in positions that children have been taught to see as next to that very Lord to rape those same children? Why accompany them now, when it’s too late for all those generations of children, and not then, when the priests were busily ruining their lives?

Now, I can take a wild guess without reading ahead that it will be the usual tortured reasoning about free will and finding our own consciences and yadda yadda, but that is just arse-covering and nothing else. The church has been dragged kicking and screaming into admitting, as slowly as it possibly can and with as much excuse-making as it possibly can, that it has done nothing while thousands of children have been sexually assaulted by Mister God’s representatives on earth.

In other words, that’s the problem they have throughout, and it’s one they can’t solve. They should have known better, and knowing better should have made them not do it, but they didn’t and it didn’t, and that means their precious church is not some magic pipeline to the source of all Goodness. That means their precious church is just another gang of self-interested men doing what they can get away with.

Our work has made us realize once again that the gravity of the scourge of the sexual abuse of minors is, and historically has been, a widespread phenomenon in all cultures and societies. Only in relatively recent times has it become the subject of systematic research, thanks to changes in public opinion regarding a problem that was previously considered taboo; everyone knew of its presence yet no one spoke of it.

Doesn’t it tell you that your god either changes its moral views along with the rest of us, or that it just plain doesn’t care about human suffering and thus is no friend of ours? Why is the church’s behavior changing in response to public pressure now that public opinion has changed, when the church is supposed to speak for Mister God and thus have perfect, flawless, eternal, absolute morality forever and ever amen?

Frank’s next move is to go on and on and on about all the child abuse there is that’s not committed by priests. Ah that’s attractive, it’s just as attractive as hulking Billy on the playground who gets told not to hit other children and whines that Bobby hit a child last week. Billy on the playground, however, is not Frank at the Vatican, and Frank is. Frank and his institution make vast claims to moral righteousness and to the right to make rules that are binding on all of us, including non-Catholics.

Frank and his subordinates have no qualms about forcibly preventing women from obtaining abortions, whether they are Catholic or Baptist or atheist. Frank and his church take democratic governments to court to force them to keep women from getting contraception. They have enough moral conceit and confidence to do all that and much more, yet they’re such moral voids that they whine “Everyone else does it!” when they can no longer conceal their history of raping children behind the altar. It’s brazen and disgusting and contemptible. 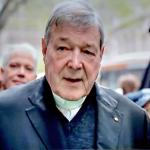 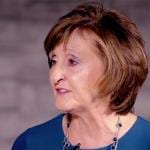 February 26, 2019 Well, pluck me! A Jesus chicken book has just been released.
Recent Comments
6 Comments | Leave a Comment
Browse Our Archives
Follow Us!