ANOTHER day, another revelation about an abusive Roman Catholic priest – this one a ‘spiritual child’ of the Pope, no less.

It’s reported here that Argentinean prosecutors have opened a criminal investigation against Bishop Gustavo Zanchetta, above, “a close personal friend appointed and protected by Pope Francis”, who stands accused of sexually abusing seminarians, including some who were minors. He was also accused of taking naked selfies, exhibiting “obscene” behaviour, and mismanaging the diocese.

Zanchetta was named bishop of the diocese of Orán by Pope Francis in 2013. Zanchetta suddenly fled his diocese and resigned from his office in July 2017, claiming he had health problems that could not be treated in Argentina. Soon after he was appointed by Pope Francis to a specially-created position within the Administration of the Patrimony of the Apostolic See (APSA).

Francis assigned him the ambiguous title of “assessor” and as a “deputy” second in rank after the president of the APSA in early 2018.

The APSA oversees the Holy See’s real estate assets, as well as its financial and stock portfolio, a massive task intimately associated with financial reforms of corrupt Vatican institutions that have been mired in controversy under Pope Francis.

According to Argentina’s El Tribuno newspaper, a total of three priests, including two vicar generals and one episcopal vicar, had complained multiple times of “economic mismanagement, abuse of power, and sexual abuse of seminarians” by the bishop.

According to sources that have spoken to the Associated Press and Argentinean news sources, these accusations were reported to the Holy See twice, and were investigated by Pope Francis in 2015. Photos of the naked selfies were reportedly sent to the Holy See’s embassy in Argentina along with testimonies regarding Zanchetta’s misdeeds. However, no actions were taken against Zanchetta, who was allowed at the time to continue as bishop of Orán.

Only five months after his sudden resignation in late July of 2017, Zanchetta was handed the APSA job by the Pope.

Their close relationship began during the 2000s when Francis, then Cardinal Jorge Bergoglio, was president of the Argentinean Episcopal Conference, and Zanchetta was the conference’s executive undersecretary.

Fr Juan José Manzano, who says he was one of the priests who reported the misbehavior of Zanchetta, told the Associated Press that Zanchetta was like:

A spiritual child of the Holy Father.

True to form, Vatican officials deny that Pope Francis had sought to cover up Zanchetta’s misdeeds, claiming that Francis was unaware of the sex abuse and personal misconduct accusations against Zanchetta all the way up to the time he was given the Vatican appointment in December of 2017.

It gets worse. A papal investigation into the allegations against Zanchetta is reportedly being carried out by a close friend of the bishop: Carlos Alberto Sánchez, Archbishop of the city of Tucumán, above.

Multiple sources, including one that is reportedly an “ecclesiastical authority”, have told El Tribuno that Sánchez and Zanchetta are “very good friends.” The newspaper reports that:

The clergy don’t have confidence in the one selected to do the investigation [and] the selection of the archbishop [Sánchez] to lead the investigation did not bring calm to the ecclesiastical community, but the opposite.

Sánchez reportedly was eager to deny his reported friendship with Zanchetta to reporters, but when he realised they were recording him, he demanded that they erase the recordings, according to El Tribuno.

When he found out he was being recorded, he complained that he hadn’t been informed of the recording and demanded that it be erased. “Erase it now,” he reportedly demanded, while a security official peered out of another room.

Multiple prosecutors are investigating Zanchetta – and more accusations may be coming. Prosecutors in Salta confirmed late last week that:

The accusation of a victim has been filed against the ex-bishop Gustavo Zanchetta, which is now the basis of an investigation along with accusations that the prosecutor’s office officially initiated in January of this year following the public revelation of the supposed accusations.

They added that multiple prosecutors are involved in the investigation.

he Orán prosecutors reported on their site:

The accusation … was filed in the Prosecutor’s Office of Orán by a person who belongs to the congregation that was led by the ex-bishop. Various steps were taken to clarify the accusation and the possibility that new accusations may be added regarding the ex-bishop. The Prosecutor’s Office states that these measures are being undertaken with absolute care so as to guarantee the success of the investigation 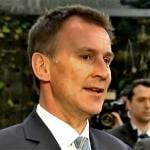 February 18, 2019
Non-believers must feature in anti-persecution campaigns
Next Post 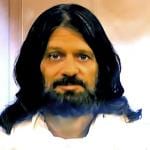 February 19, 2019 Irish hospital defends calling on Jesus to heal patients
Recent Comments
8 Comments | Leave a Comment
"I have no problem treating them with decency, as long as it's a two-way street. ..."
DeadBabyJoke NJ seminary professor arrested for death ..."
"https://uploads.disquscdn.c..."
Freethinker ‘Warrior Jesus’ set an example that ..."
"Oh yeah, the Military should all be JUST like jeebus. 'Turn the other cheek' 'If ..."
Cozmo the Magician ‘Warrior Jesus’ set an example that ..."
"Excellent put-down Freethinker. Why do these (mainly) religious nuts want to force their beliefs on ..."
Art Davison UK politician wants Gibraltar to retain ..."
Browse Our Archives
Follow Us!