IN  an ‘extremely rare’ ruling, a private rabbinic court in Jerusalem has annulled the marriage of a woman whose husband refused her a divorce – and Sunday’s decision appears to have set the court at odds with the Chief Rabbinate of Israel.

The private court, headed by Rabbi Daniel Sperber, above, and convened by the Center for Women’s Justice organisation, dissolved the marriage on the grounds that the woman would not have agreed to marry the man had she known of his criminal record, which included time in prison for assaulting his first wife.

But Kobi Alter, spokesperson for the Chief Rabbinate of Israel, insisted that that the dissolution was not recognised by the rabbinate and that the woman would not be allowed to remarry via state authorities because she is still considered married.

In a summary of their ruling the rabbis noted that the woman had suffered sadistic physical, mental, and sexual abuse at the hands of her husband, whom they described as “a monster”, and that the chances of her husband granting her a divorce were zero.

In Judaism, women who are not given a get, or Jewish divorce, by their husbands are known as agunot or “chained women”, as they cannot remarry according to Orthodox Jewish law. Any children they have out of wedlock may not marry under Orthodox law.

Sperber, who set up his private court six months ago and has since on two other occasions given rulings to release women from marriages, explained that throughout Jewish history similar rulings were made to set free women from abusive marriages.

This whole marriage was a mistake and we found that this marriage is invalid.

The woman, therefore, did not need her husband to grant a divorce.

Sperber’s belief is that the ruling  does not conflict with the state-approved Chief Rabbinate of Israel, which has a monopoly on marriages and divorces, as he was not granting a divorce but rather invalidating the marriage in the first place.

Attorney Nitzan Caspi Shilony, who represented the woman, agreed that her client was still considered legally married but explained that from the point of view of Jewish law, the panel had the power to cancel her marriage and that was what mattered to her. Shilony said her client was a religious woman who wants to marry again, and she needed to believe that she was free to marry again under Jewish religious law.

Shilony noted that there are rabbis in Israel who would be willing to conduct a marriage ceremony for the woman, even if it is not recognised by the Chief Rabbinate, meaning she would not be able to officially register the new marriage.

“She is better off than she was before,” Shilony said, adding that her client will not appeal to the Chief Rabbinate to obtain an official divorce.

The couple reportedly married seven years ago in a European country. It was only after they were married that the wife discovered her spouse’s violent past which included 18 months in prison for assaulting his first wife.

They separated after three years but the husband refused to grant a divorce. The woman moved to Israel and applied to have the rabbinic courts push through the divorce, which they refused to do.

There have only been a few cases in Israel in which marriages have been retroactively annulled, usually in cases when the husband was missing or in a medical condition which did not enable him to give his wife a divorce.

Sunday’s ruling was apparently the first time it was done under the reasoning that the marriage was “a mistake”.

Last year Sperber’s private court dissolved the marriage of woman who was unable to obtain a divorce from her husband for 23 years, with the man choosing to serve time in prison rather than divorce his spouse. 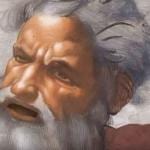 February 6, 2019
Fiction: Ordinary Joe's Guide to the Galaxy
Next Post 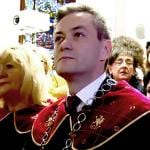