SBC President Steve Gaines, above, has been accused – along with three former Presidents – of having mishandled allegations of sexual abuse.

According to this report, the names of Gaines, Dr Jerry Vines, and Edwin Young, surfaced in an expose published yesterday (Sunday) by the Houston Chronicle, which found that 380 Southern Baptist pastors and church officials had been accused of a myriad of sexual assault charges including everything from groping to raping 700 victims over a 20-year-period.

The newspaper said it took on an investigation in order to create a comprehensive list that details sexual abuse, assault and misconduct by SBC church leaders after abuse victims demanded the names of sexual predators within the church.

The Houston Chronicle explained that:

In 2007, victims of sexual abuse by Southern Baptist pastors requested creation of a registry containing the names of current and former leaders of Southern Baptist churches who had been convicted of sex crimes or who had been credibly accused. That didn’t happen; the last time any such list was made public was by the Baptist General Convention of Texas. It contained the names of eight sex criminals.

In the first of a three-part report, the paper revealed that since 1998, approximately 380 SBC leaders and volunteers “have faced allegations of sexual misconduct.” Of the 380 SBC leaders accused, 220 have been convicted, nearly 100 are still in prison and more than 100 are now registered sex offenders.

While some leaders did serve jail time, the paper reported that others – some registered sex offenders – are still working in SBC churches today.

The newspaper found that:

At least 35 church pastors, employees and volunteers who exhibited predatory behavior were still able to find jobs at churches during the past two decades.

Additionally, it found that in some cases, church leaders failed to contact police and to inform other congregations after allegations were brought to their attention.

One instance of abuse occurred at Houston’s Second Baptist Church where Edwin Young, above, has been the lead pastor since 1992.

When she was 14, Heather Schneider admitted to her mother that she was molested in a choir room at church. According to the Houston Chronicle, the attacker pled no contest in court and the church denied responsibility, waiting five months before firing Schneider’s attacker.

Gwen Casados, Schneider’s mother, told the paper that a day after the attack, in 1994, Schneider slit her wrists. The then teenager survived the suicide attempt but later died from a drug overdose. Casados blamed the attack for her daughter’s downward spiral saying after the abuse, “I never got her back.”

According to the Interim President of the SBC’s Executive Committee August Boto, SBC churches operate autonomously and there is no means of authority to enforce rules over all 47,000 SBC churches as a whole.

Boto gave this as a reason why abuse victim Debbie Vasquez’s 2008 request for the SBC to “track sexual predators and take action against congregations that harbored or concealed abusers” as well as her request for prevention policies was rejected.

Activist and victim Christa Brown told the Houston Chronicle that SBC’s lack of protective policies for sex abuse victims is dangerous. She said:

It’s a perfect profession for a con artist, because all he has to do is talk a good talk and convince people that he’s been called by God, and bingo, he gets to be a Southern Baptist minister. Then he can infiltrate the entirety of the SBC, move from church to church, from state to state, go to bigger churches and more prominent churches where he has more influence and power, and it all starts in some small church. 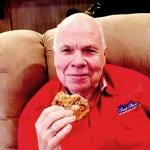 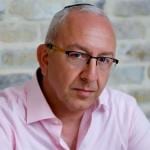 February 12, 2019 Orthodox Jews in London win a landmark case over housing
Recent Comments
3 Comments | Leave a Comment
Browse Our Archives
get the latest from
The Freethinker
Sign up for our newsletter
POPULAR AT PATHEOS Nonreligious
1