NEW Zealand no longer has a blasphemy law, having decided yesterday to scrap the archaic offence of blasphemous libel, a ‘crime’ dating back to 1840 which had its origins in Britain.

This prompted me to investigate how the law was implemented – and discovered that the only prosecution ever to have taken place occurred in 1922 after John Glover, publisher of the newspaper The Maoriland Worker, reproduced two poems by British poet Siegfried Sassoon. The alleged blasphemy was the closing lines of Sassoon’s poem “Stand-to: Good Friday Morning“:

O Jesus, send me a wound to-day,
And I’ll believe in Your bread and wine,
And get my bloody old sins washed white!

The case was tried in the Supreme Court. The jury returned a verdict of not guilty with a rider:

That similar publications of such literature be discouraged.

Sixty-six years on it came close to being used against the Te Papa museum for displaying two exhibits that certain sensitive souls deemed blasphemous: Tania Kovats’ “Virgin in a Condom” and Sam Taylor Woods Wrecked, a contemporary version of Leonardo da Vinci’s, The Last Supper which featured a topless woman at the centre of the table in place of Christ.

However, no charges were brought, except against two irate Christians who were brought to court: one for assaulting a museum worker, and the other for smashing the glass case surrounding the statuette. Four others were arrested while taking part in demonstrations. Museum staff were threatened.

In 2006, the Crown decided not to pursue blasphemy charges against CanWest, a broadcaster, for airing an episode of South Park – “Bloody Mary” – featuring a menstruating Virgin Mary statue.

The following June, the Broadcasting Standards Authority responded to complaints by upholding CanWest’s right to broadcast the episode finding no breach of the Television Code of Broadcasting Practice. The High Court tossed out an appeal by Bishop Denis Browne, in his capacity as the President of the Catholic Bishops Conference in July 2007.

Dismissing the appeal in the High Court, Justice Wild said that he was:

Neither was he prepared to accept that the Authority was wrong to hold that the episode did not breach the standard of good taste and decency. Justice Wild noted that the four members of the Authority were unanimous and that the Conference’s sense of outrage was not shared by the wider community.

Attempts had also been made to censor films and television programmes considered blasphemous using broadcasting standards and film censorship legislation such as the Films, Videos, and Publications Classification Act 1993 and the Broadcasting Act 1989.

The British comedy film Monty Python’s Life of Brian (1979) about a fictional Jewish man living at the same time and neighbourhood as Jesus Christ, generated significant international controversy and was banned in several countries including Ireland and Norway.

Hundreds of letters were sent to the New Zealand Film Censor’s Office to have the film banned in New Zealand as well on the grounds of it being “blasphemous”against the Christian faith, but the Chief Censor of Films responded by stating that they had found no evidence of blasphemy or sacrilegiousness in the film.

While no one could be prosecuted for blasphemous libel without the leave of the Attorney General, the crime carried a maximum sentence of one year in prison.

On Tuesday the Government scrapped the law it labels as “archaic” with the passing of the Crimes Amendment Bill.

The offence of blasphemous libel has not been prosecuted in New Zealand since 1922, and raises potential Bill of Rights Act concerns. This obsolete provision has no place in a modern society which protects freedom of expression.

Little said laws should be relevant to modern society and the last time a blasphemous libel case was considered, in 1998, the Solicitor-General rejected it.

The view was expressed that it would be inconsistent with the freedom of expression as protected by the New Zealand Bill of Rights Act.

In October, 2018, Ireland voted to remove blasphemy from its constitution, but in a blow to free speech in the same month, the European Court of Human Rights ruled that Austria could retain a law that criminalises criticism of religion.

Anyone who publicly disparages a person or thing that is the object of worship of a domestic church or religious society, or a doctrine, [or other] behavior is likely to attract legitimate offense…

This de facto “blasphemy” law has been used in practice to prosecute and fine individuals.

• On December 11, 2009, Catholic clerics in Vienna sued the cartoonist Manfred Deix for two drawings on the website NEWS.at which depict God and the EU prohibition against crucifixes in schools, respectively.

• On January 22, 2009, the Austrian politician Susanne Winter was sentenced at a court in Graz to pay a $24,000 fine for “humiliating a religion” by saying, among other things, that Mohammed was a paedophile.

• On Dececember 11, 2010, 63-year-old Helmut G. was convicted for offending his Muslim neighbour by yodeling while lawn mowing. The neighbor claimed Helmet was poking fun at the  Muslim call to prayer.

• On January 15, 2011, Elizabeth Sabaditsch-Wolf was convicted of offending religion because she exclaimed, about the Prophet Mohammed’s nine-year-old wife:

If that is not paedophilia, what is it? 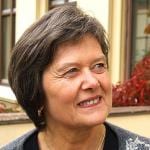 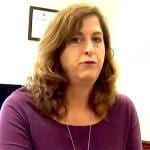 March 6, 2019 Rejection of 'Jesus chicken' outlet forces resignation of university dean
Recent Comments
2 Comments | Leave a Comment
Browse Our Archives
get the latest from
The Freethinker
Sign up for our newsletter
POPULAR AT PATHEOS Nonreligious
1