THREE men who fell prey to Rev Fernando Karadima, above, Chile’s most notorious paedophile priest, are to receive around $150,000 each from the Catholic Church.

An appeals court ruled on Wednesday that the pay-out must be made to the victims – Juan Carlos Cruz, Jose Andres Murillo and James Hamilton – for the “moral damage” done to them by Karadima.

In February 2011 the Vatican found Karadima guilty of sexually abusing minors and psychological abuse. It forced him into retirement, relocated him away from contact with former parishioners and followers, and denied him the right to function as a priest for the rest of his life.

The ruling, according to this report, could open the way for hundreds of others to seek compensation from the Chilean Catholic Church for sexual abuse or cover-ups.

Reading from a joint statement by the three victims, Hamilton, above, said:

Today, the Chilean state puts on the record that all institutions are guarantors and should protect the rights of its citizens. And that no one, however powerful they might be, can abuse and cover-up sexual abuses with impunity.

He said the ruling is important:

Not only for us in particular, but for the hundreds or thousands of victims of abuse committed by priests and religious members who have suffered the lack of justice, re-victimization, abandonment, complete loneliness, and betrayal to their original commitment of care and accompaniment.

The office of the Santiago Archbishopric said in a statement that it would not appeal the ruling and that it was in “consent” with the court’s decision, hoping:

It will contribute to the process of reparation of the pain suffered by Fernando Karadima’s victims.

The ruling said that church officials had harmed victims by dismissing their complaints of abuse rather than investigating them.

During a 2018 trip to Chile, the Pope initially dismissed allegations that a bishop had covered up Karadima’s crimes, but he later acknowledged “grave errors in judgment” and asked all active Chilean bishops to offer their resignations.

The ruling on Wednesday named them both. The Pope removed Errazuriz last year from his informal cabinet and he replaced Ezzati last Saturday.

Part of the evidence that led to the ruling included a 2009 letter from Errazuriz to the apostolic nunciature that showed that he was aware of the abuse.

The scandal first erupted in 2009 when victims publicly accused Karadima of molesting them for years. Errazuriz initially shelved an investigation. 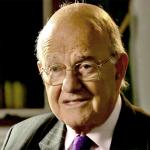 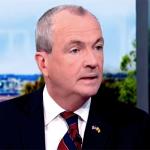