Deny faith schools of funding when they exercise discrimination

FAITH schools that fall back on religious principles to treat people like crap should be denied access to pubic funding, or better still, be shut down.

One of many such institutions is the Surrey Christian School in British Columbia, which receives half of its annual funding – $5 million – from the government.

Yet, to the disgust of many, including Ian Bushfield, above, Executive Director, the B C Humanist Association, it was allowed to rid itself, with impunity, of a long-serving teacher who was living with a man she wasn’t married to.

When it emerged this week that Stephanie Vande Kraats, who’d worked for the school for almost 14 years, had been dismissed for violating a clause in her employment contract that forbids “any sexual activity outside of a heterosexual marriage”, Bushfield said:

Unfortunately, Ms Vande Kraats story is likely all too familiar for teachers, students and parents involved in many religious schools across BC … It’s shameful that the Government of BC not only allows this discrimination to occur but actively funds schools that perpetuate it. There’s no excuse for the province to be funding discrimination; it’s time to close the purse strings.

Vande Kraats, above, says she was married when she signed the school’s employment contract, which included a community standards policy, banning employees from having sex outside of a heterosexual marriage.

More than a decade later, after she had divorced and was living with her common-law partner, school superintendent Dave Loewen called her to his office and asked questions about her personal life.

He told her she could work six more months until the end of her contract, but Vande Kraats says she felt she had to resign.

I didn’t want to continue in a place where I already felt humiliated and judged. It was traumatic for me.

She says she also felt pressured to exit quietly, because she needed a good letter of reference. She is now working at another school in the Vancouver area.

I think there are a lot more people who have been hurt by these policies than just myself, and I know exactly why they’re not speaking up. They need those references as much as I did.

The English teacher and librarian added:

When you’re enforcing a policy like this you have to ask a teacher questions like, “Who do you live with? Where do you live? Are you sexually active? Are you pregnant? Are you gay?” … It was humiliating.

Surrey Christian School is among hundreds of religious schools across the country that receive public funding. Many are allowed to have discriminatory hiring policies because they have religious exemptions from human rights laws.

Said Patti Bacchus, who chaired the Vancouver School Board from 2008-14:

It’s enabling private schools that are using public money to operate to violate the human rights of their employees. I think that’s a big problem.

It’s problematic to me that our provincial government in B C is providing funding to private schools that are including this kind of discriminatory language in employee contracts and discriminating against employees.

And Vande Kraats wants the B C government to cut funding or demand religious schools change their employment policies.

But the school’s superintendent Dave Loewen disagrees that its community standards policy are discriminatory.

I think the word ‘discriminates’ is too strong a word. I don’t think it’s discriminatory because it’s not a requirement for people to work here. It’s invitational and we’re transparent about our values.

Surrey Christian School is a member of the Federation of Independent School Associations (FISA). Its Executive Director Shawn Chisholm said teachers “have the choice” of moving to another school.

The school is one of 35 schools that belong to the Society of Christian Schools in BC, which provides its members a template for community standards policies that employees must follow.

Human rights codes in provinces across Canada have similar exemptions that allow religious schools to set their own policies, if they’re based on religious beliefs and their primary purpose is to promote the interests of a religious group.

Well, that’s would be all good and dandy if these schools wholly financed their own bigotry. But they don’t. They get almost $300 million a year from the provincial government.

Last December, a former teacher and principal at a Catholic school took her case to the Alberta Human Rights Commission, alleging that she was pushed to quit because of her sexual orientation. That case is ongoing.

As a result of media reports, the Alberta government, which provided almost $1.7 billion in funding to Catholic schools last year, is now reviewing the employment contracts of all 16 Catholic school boards in the province.

Raji Mangat, a human rights lawyer with West Coast Women’s Legal Education and Action Fund, says it may be time for the courts to re-examine the battle between religious rights and individual human rights.

Society and our expectations around human rights and people’s dignity change. For instance, same-sex marriage is now recognized.

There are so many situations in which people are either forced to leave or told their [employment] contract isn’t going to be renewed for reasons I think a lot of us, today, would find very troubling.

Vande Kraats hopes that speaking out will encourage provincial governments across the country to take a hard look at the funding provided to schools with discriminatory employment contracts.

This is a dark secret for these religious independent schools. What I’ve learned is that these policies are actually enforced. And they’re enforced against people that have been long-time teachers who are respected. And it’s very hurtful. I hope it changes.

A fundraiser to help its campaign has so far raised over £38,000.

The campaign, led by Dr Ruth Wareham demands an end to state religious schools and religious discrimination in school admissions; the eradication of “closed-minded and narrow religious education” and compulsory collective worship in schools; and the introduction of comprehensive relationships and sex education in all schools, inclusive of LGBT pupils and accurate in its provision of information about safe sex and women’s reproductive rights. 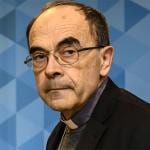 March 7, 2019
Cardinal sin: another senior Catholic cleric is sentenced over abuse
Next Post 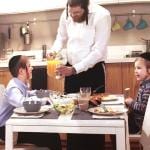 March 8, 2019 IKEA hit with lawsuit over female-free catalogue for Haredi Jews
Recent Comments
6 Comments | Leave a Comment
Browse Our Archives
get the latest from
The Freethinker
Sign up for our newsletter
POPULAR AT PATHEOS Nonreligious
1