Paranoid Scottish Catholics fear their faith could be criminalised

THE Catholic Church in Scotland believes that there is a  ‘very real danger’ that holding Catholic beliefs could become a ‘hate crime’ in Scotland, and that it had been targeted in an anti-bigotry campaign launched last year by the Scottish Government.

According to The Scottish Catholic Observer, this fear was expressed in the Church’s submission to a Scottish Government consultation on hate crime legislation.

The consultation follows a report by Lord Bracadale, above, on hate crime which was released last year and suggested changes to legislation.

In its response, the Church stressed that freedom of belief and religion must be upheld.

Suppressing this freedom will create divisions and foster grievances across society. There is a climate of heightened sensitivity in the present culture and there is a very real danger that expressing or even holding individual or collective opinions or beliefs will become a hate crime.

As an example, it said that:

Some people might suggest that expressing the Catholic Church’s position on marriage or human sexuality could be an attempt to stir up hatred. This would obviously be wrong. There must be room for robust debate and exchange of views. Otherwise we become an intolerant, illiberal society.

Last year, the Scottish government launched a controversial “Dear Bigots” campaign that was seen to be targeting people of faith. The One Scotland campaign saw posters addressed to “bigots, disablists, homophobes, racists, and transphobes” placed across the country. A video was also produced.

A spokesman for the Catholic Church said at the time that the campaign:

Suggested that religious hate crimes are perpetrated by religious believers, but there is no evidence to suggest this is the case.

The Christian aid agency Barnabas Fund said the campaign risked “stirring up” religious prejudice and that it was “anti-Christian”. It was particularly incensed that posters used in the campaign bore the logo of Police Scotland. It made an official complaint to the police, who were put in the position of having to investigate themselves. But the investigation concluded that the posters were not intended to be prejudicial to any group, adding that no further action would be taken.

The Barnabas Fund said it was:

Disappointed that it took over 56 days for Police Scotland to respond to our complaint and an additional complaint to the Chief Constable was needed before a response was finally given. The response also failed to address the substance of our complaint, including the potential breach of international human rights by state advocacy of hostility against a religious group.

Documents released under the Freedom of Information Act last week revealed that the Scottish Government had received scores of complaints about the campaign.

In letters to complainers and to MSPs and government ministers who received complaints from constituents, Communities and Local Government Secretary Aileen Campbell said the campaign was “absolutely not intended to target those of faith” and she apologised if it “appeared to some” that it did.

She said  there were no plans to repeat the “Dear Bigots”  campaign in the future. 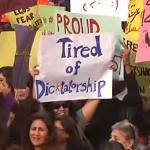 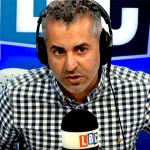