New survey shows that ‘no-religion’ is at an all time high in America April 15, 2019 Barry Duke

Given that President Trump, with the help of shuffling hordes of theocracy-demanding evangelical zombies, is relentlessly driving the conservative Christian agenda forward in America,  you’d think that religion would be on the rise.

But it isn’t. In fact the opposite is true.

According to a new survey, 23.1 percent of Americans say they have no religion – the highest number ever recorded.

Conducted by Ryan Burge, a political scientist at Eastern Illinois University and a Baptist pastor, the survey indicated that there are more non-religious people than Catholics (23 percent) and  evangelicals  22.5).

However, the three groups remain within the margin of error of each other,  making it a statistical tie. Over 2,000 people were interviewed in person for the survey.

“Religious nones”, as they are called by researchers, are a diverse group made up of atheists, agnostics, the “spiritual”, and those who are no specific organised religion in particular. A rejection of organised religion is the common thread they share.

It is the first time we have seen this. The same questions have been asked for 44 years.

The meteoric rise of religious nones began in the early 1990s and has grown 266 percent since 1991, he said.

And he estimates that “No religion” will be the largest group outright in four to six years.

One reason could be the Internet, says Nick Fish, above, President of American Atheists. It provides a place for non-believers to find each other.

The ease of access to the Internet helped build communities where they didn’t feel alone.

Robyn Blumner, Executive Director of the Richard Dawkins Foundation for Reason & Science, sees the change as a generational trend driven by millennials. She says:

We are seeing the rise of a generation of Americans who are hungry for facts and curious about the world.

Whatever the causes, the non-religious represent a growing constituency. Yet this demographic is greatly underrepresented in Washington’s halls of power. There is not a single open atheist amid the most diverse Congress in history, according to a Pew study.

Christians as a whole – and especially Protestants and Catholics – are still over-represented in proportion to their share in the general public.

Says the co-chair and founder, Representative Jared Huffman of California:

This growing group of Americans can feel like there is at least some people in Congress who believe they matter. 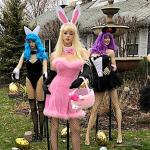 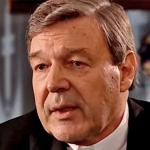 April 15, 2019 News outlets charged with contempt over Cardinal Pell's trial
Recent Comments
18 Comments | Leave a Comment
Browse Our Archives
get the latest from
The Freethinker
Sign up for our newsletter
POPULAR AT PATHEOS Nonreligious
1