IN what has been described as an unprecedented attack on press freedom in Australia, 23 journalists and 13 media outlets have been hit with charges relating to the child sexual abuse trial of Catholic cardinal George Pell, above.

The media and reporters are accused of abetting contempt of court by the foreign press and of “scandalising the court” by breaching a gagging order, despite none of them reporting on the charges involved or mentioning Pell by name.

Matthew Collins, representing the accused media at the first hearing on the matter today, said such wide-ranging contempt charges had “no precedent” in Australian legal history.

There are simply no cases of which we are aware in Australia where media organisations, editors or journalists have been charged, much less found guilty, of contempt in circumstances such as these.

Collins added that a guilty verdict on any of the charges would have a “chilling effect” on open justice in Australia.

He insisted that the contempt allegations lacked specific examples of how any of the accused news companies or journalists actually breached the gag order when they never mentioned Pell or the crimes for which he was convicted.

Judge John Dixon agreed that prosecutors had not provided sufficient detail of the charges against each news organisation and journalist, asking:

Does this involve one trial or 36 trials, or something in between?

He ordered prosecutors to provide detailed statements of claim to the accused and set a new hearing for June 26.

Pell, 77, the most senior Catholic cleric convicted of sex crimes, was found guilty in December of abusing two choirboys and is serving a six-year prison term. He has appealed the conviction.

The court had banned all reporting of the case pending a second trial scheduled for this month, but the gag order was lifted in February when that trial was cancelled.

Some foreign media, including The New York Times and the Washington Post, reported Pell’s conviction in December, while local media ran cryptic articles complaining that they were being prevented from reporting a story of major public interest. 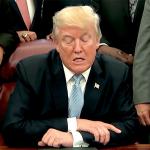 April 15, 2019
New survey shows that 'no-religion' is at an all time high in America
Next Post 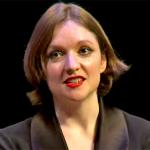 April 16, 2019 RCC caught out lying about 'dangers' of non-Catholic Irish schools
Recent Comments
13 Comments | Leave a Comment
"Over 1 Billion Served!"
Old Harry Vandal in vigil to force German ..."
"Hmmm, I could see a nasty expose catching all of them in the same den ..."
Old Harry Vandal in vigil to force German ..."
"Well, that's one point of view.You might like Mark Steel's opinion on The News Quiz ..."
Vanity Unfair Barmy Brexit bell-ringing plan blasted by ..."
"You need help. Put the trench coat back in the closet. You're a freak. Deal ..."
joshua ;redeemed Catholic school apologises over Chicago’s Nutcracker ..."
Browse Our Archives
Follow Us! 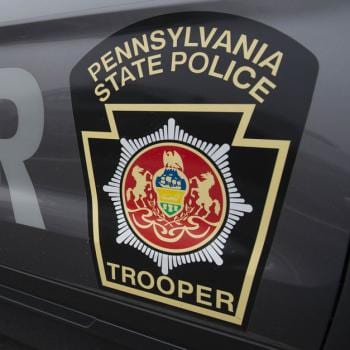