Op-ed: Log Cabin Republicans have a queer view of equality

Log Cabin Republicans are a deluded group who work to persuade their fellow Republicans not to be homophobic, as one might try to persuade bank robbers not to rob banks. As Falstaff put it, ‘Why, Hal, ’tis my vocation, Hal. ‘Tis no sin for a man to labor in his vocation.’ It’s Republicans’ vocation to pick the side of pointless hostility in any controversy, and it’s a mug’s game to try to talk them out of it.

A former President of the Log Cabinners, Gregory Angelo, above, wrote an editorial in the Washington Examiner earlier this month explaining why a proposed new Equality Act would be a bad thing.

Don’t be fooled by the name: The Equality Act is legislation that would compromise American civil rights and religious liberty as we know it. All reasonable Americans, especially gay Americans who support pluralism and tolerance, should oppose it.

The promise of the so-called “Equality Act” is to enshrine comprehensive protections for lesbian, gay, bisexual, and transgender people into federal law. If passed, it would ensure that Americans could no longer be fired from their jobs, denied housing, or discriminated against without consequence. It’s a noble goal, and one that 69 percent of Americans support, according to a recent poll.

But dig deeper into the details of the “Equality Act,” and sensible people will find that this is bad legislation that will set back the cause of true equality, perhaps by decades.

Most astonishingly, the “Equality Act” includes next to no exemptions for religious liberty.

Shock-horror – how could anyone even write such a piece of legislation in God’s own country? If someone wants to fire a lesbian or evict a gay man because God says heterosexuality is mandatory, who are mere legislators to say no? God has a veto on all legislation, and don’t you forget it!

While no Catholic priest could be compelled by the “Equality Act” to perform a same-sex marriage, for example, Catholic Charities would see any claim to federal funds eliminated as long as they enforced moral policies in line with Church doctrine.

In the run-up to the United States Supreme Court marriage equality decisions of 2013 and 2015, gay advocates such as myself promised those we disagreed with that allowing same-sex couples to marry would have no effect on them, their families, or their faith.

Passage of the “Equality Act” would make liars out of the lot of us. It would put the nonprofit status of religious charities at risk; it would force mom-and-pop businesses to participate in same-sex marriage ceremonies; and it would flout bedrock principles that have served as the foundation of the American experience for centuries.

Which bedrock principles? Ones that say churches and priests should be able to exclude and punish people for no good reason other than “Jesus said”? I don’t think that can be called a bedrock principle.

John Riley at Metro Weekly brings in lawyers to explain what Angelo got wrong:

But several legal experts working for various civil rights groups have blasted Angelo’s rhetoric and what they say is a misrepresentation of what the act actually does.

“The Equality Act incorporates protections for LGBT people using the existing civil rights framework that has been in place for 50 years with respect to race discrimination, national origin discrimination, sex discrimination and discrimination based on religion,” says Jenny Pizer, the law and policy director of Lambda Legal.

I wonder if 50 years is long enough for bedrock principles to form.

Sunu Chandy, the legal director of the National Women’s Law Center, which is backing the Equality Act, echoes Pizer’s comments.

But are we sure no small bakery will ever be forced to make a wedding cake for … Those People?

Rose Saxe, the deputy project director of the LGBT and HIV Project at the American Civil Liberties Union, notes that the alleged harms that Angelo claims will befall adoption agencies, religious organizations, or business owners with conservative religious beliefs have not occurred in the 20 states with robust, LGBTQ-inclusive nondiscrimination laws.

While Catholic Charities has claimed it has been “forced” to close in some states because of its refusal to place children with prospective adoptive or foster parents who are same-sex couples, they have done so of their own accord.

Ah yes, that refusing to follow the law translated to being forced to close down trick. Let us be mean to people or we’ll quit!

I think the lesson here is never try to persuade a political party that has contempt for human rights that it should be fair to just this one set of people and you’ll ignore all the others. Just work with the parties that do give a damn about human rights. 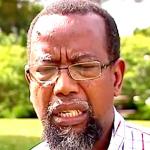 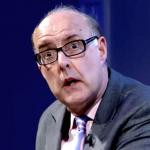 April 1, 2019 'It's worrying': far fewer UK students are taking theology courses
Recent Comments
19 Comments | Leave a Comment
"Isn't it a school run by the CoE?"
skinnercitycyclist ‘Inappropriate’ sermon sparks another Christian Legal ..."
"Barry - I know that Bob Hutton's pathetic slurs would be water off a duck's ..."
Di Eselbalaam Veteran LGBT Humanist activist, George Broadhead, ..."
"Verily I say unto ye, that was quite the quandary when Angley showed up at ..."
Gord O'Mitey ‘Rev Ernest Angry’ is ‘in heaven ..."
"Not a Liverpool fan then? How about:He scores when he wantsHe scores when he wants ..."
guerillasurgeon ‘Inappropriate’ sermon sparks another Christian Legal ..."
Browse Our Archives
get the latest from
The Freethinker
Sign up for our newsletter
POPULAR AT PATHEOS Nonreligious
1