Don’t talk about reforming Islam. It will only attract death threats.

THAT’S the lesson learned by Algerian Islamic scholar Saïd Djabelkhir, above, who advocates for a clear separation of mosque and state.

Djabelkhir recently ruffled feathers when he suggested that fasting during Ramadan was not compulsory. This sparked numerous death threats. A hate campaign was initiated and TV programmes vilified him.

A Facebook page went as far as to publish a call to murder him. The administrator of the page provided the address of the scholar in the municipality of Blida, inviting people to attack him, saying:

We must deal with it today, not tomorrow.

Despite the threats, the scholar did not retract and has since called for more reason in dealing with religious matters. He refuses the diktat of those whom he calls:

The founder of the Circle of Lights for Free Thought (CLPL) sees the separation of religion from politics as a necessity in Muslim societies, in order to preserve Islam from “instrumentalisation.”

Djabelkhir asserted that debating the religion is taboo in a society that:

Makes religion a consumable rather than making it a matter for reflection with critical tools and modern questioning that reflect today’s needs of societies.

He bases his reasoning on examples of the evolution of religious practice in Islam’s history to denounce the regressive nature of today’s scholars, particularly in regards to the interpretation of religious texts.

The scholar is also highly critical of Saudi Arabia for its role in the spread of religious radicalism:

It should be noted that the Saudis alone, since 1979 to date, have spent more than $64 billion to propagate Islamic fundamentalism. This figure can give you an idea of the extent of the damage done to societies.

Djabelkhir is calling for “religious reform” and argues for a separation of religion from the state in Muslim countries. He warns that:

If the Muslims do not do it, the other nations will one day force them to do it in spite of themselves. The world is changing, and if we do not change with it, it will force us to change or worse: eliminate us.

According to the Algerian constitution, Islam is the state’s religion with the other minorities excluded. These minorities are often demonised and harassed by the government. 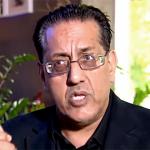 May 31, 2019
Lies about gay sex lessons are increasing tensions in Birmingham
Next Post 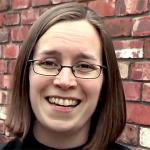